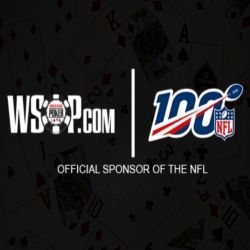 The WSOP online poker site, the one that operates for players in Nevada and New Jersey, is now an official NFL sponsor. That is correct – a partnership between the World Series of Poker’s online site and the National Football League.

Haven’t heard of it?

It’s not surprising that the story hasn’t received much attention in the poker world. The WSOP hasn’t done much to promote the deal outside of one interview. There was no press release. And there have been only a few tweets mentioning the Super Bowl promotion.

The WSOP’s poker site remains the only operator of its kind in Nevada and the only one operating for players in both Nevada and New Jersey via the interstate poker network. And evidently, it is now an official NFL sponsor, too.

Something seems to be missing, though, something important… Could it be marketing?!

It can’t be called an announcement, honestly.

The revelation came in mid-November via PocketFives’ Donnie Peters, who then interviewed WSOP VP of Corporate Communications Seth Palansky about it.

WSOP-dot-com is an official sponsor of the NFL.

The deal is a part of the NFL-Caesars deal signed nearly one year ago that made Caesars Entertainment the first-ever official casino sponsor of the NFL. Caesars is the parent company of the WSOP.

Palansky said the Super Bowl promotion is exclusive to the WSOP online site and is available for Nevada and New Jersey players.

That promotion is called the “Sit’N’Go to the Super Bowl” and offers a grand prize of a trip for two to Super Bowl LIV in Miami on February 2, 2020. Valued at $10K, the prize package includes two game tickets and $3K for travel expenses.

Players can win entries by registering for a new account using the promo code “HOTDOG,” making a first-time deposit using the code “MIAMI,” winning an SNG with a buy-in of $1 or more, or playing in a $100K Sunday tournament online.

Here is your chance to win a trip for two to Miami to see Super Bowl LIV. NV: https://t.co/YcltphFvD3 NJ: https://t.co/4HQvDt0uaQ pic.twitter.com/LkTXG0pIbg

Notably, anyone with a WSOP-dot-com account can also earn a free entry by sending an email to onlinepromotions at caesars-dot-com with their birth name, online user name, and player ID number.

IN addition to the grand prize, other participating players will be chosen randomly to win NFL Shop gift cards. There is one $500 gift card to be awarded, five worth $150, and 15 of them worth $50. Winners will be drawn on January 21.

Palansky said, “We believe this promotion is a great fit for our player demo. WSOP.com is leveraging our parent company Caesars’ agreement with the NFL, which is all about giving our guests unique and fun experiences tied to their affinity for the NFL.”

Of course, it would be too early to speculate on any potential WSOP-NFL promotions surrounding the summer WSOP events in Las Vegas.

However, Peters did ask Palansky about it, and he responded that it’s “not out of the question.” The future seems open as long as Caesars and the NFL remain paired.

(Author note: I hope, that any future WSOP-NFL promotions might be marketed in a more significant way. I bookmarked the PocketFives story weeks ago and awaited a WSOP press release or some other type of publicity for the promotion. There have only been a few tweets.)

Football fan? You can win a pair of tickets to Super Bowl LIV just for signing up, depositing, or playing on @WSOPcom. It's simple! Find out more: https://t.co/rsY7Ess04R pic.twitter.com/fTop1Mo2zx