Home to the “Windy City” and an eternal favorite of gamblers, Illinois is the base for a multitude of successful online and live tournament poker professionals.  Poker seems to be in the state’s blood; President Obama often recalls his late-night games of poker played during his time at the Illinois Statehouse. In the live poker scene, locals have a wide variety of upcoming tournaments in poker clubs and riverboat casinos they can enter. Illinois has a more complicated relationship with real cash online poker.

In our guide to online poker in Illinois, we’ll explain and analyze the current gambling laws in Illinois, while discussing the poker sites which accept players from the state. We’ll discuss the odds that Illinois lawmakers regulate the Internet poker industry. This review of Illinois online poker laws will analyze whether existing gaming interests in the state support or oppose such laws.

Is Online Poker Legal in Illinois?

Illinois is a state that does face some restrictions when it comes to playing poker online.  Some sites that take players from other states don’t accept new players from Illinois. Read Poker Atlas for the latest updates on live poker events at local card clubs and the riverboat casino scene. As for online poker in Illinois, we have you covered.

Thankfully, you don’t have to worry about finding the right site that will allow you to sign up from Illinois; our list of real poker sites in Illinois on this page is comprised exclusively of rooms that take players from Illinois, saving your time for the online poker tables.

Best Online Poker Sites in Illinois for Real Money in 2021 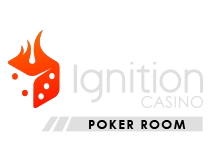 Ignition is a popular option for players in the United States. They offer most popular cash game variants and more than $1.5 million in weekly online poker tournament guarantees. Ignition also offers Zone Poker, similar to Zoom Poker where you’re moved to a new table and dealt a new hand every time you fold.

Join Ignition Poker here and get up to $2000 free!

Licensed by the Kahnawake Gaming Commission, Bovada is one of the oldest online poker sites servicing America. Bovada offers anonymous tables and a mobile-optimized design allowing play on all mobile platforms. The design makes it feel like you’re playing in Las Vegas rather than your home computer.

They offer a wide variety of cash games and tournaments with over $1.5 million in weekly guarantees.

Join Bovada Poker here and get a $500 bonus!

If you like fast-fold poker variants like Zoom Poker, you’ll love Boost Poker. Get a new hand every time you fold in this fast-paced game.

All Poker and Gambling Laws by State

Illinois in the News

Actions in the Illinois legislature in 2017 gave many legal online poker supporters hope that lawmakers were beginning to see the positives of legalizing and regulating online gaming. There was a bill that would’ve done just that for online poker and casino games, which passed the full Senate by a 42-10 vote in May, but the House bill never made it through committee as hearings were cancelled at the last minute.

However, online poker remained on the table going into 2018. State Representative Michael Zalewski’s H.479 was still being pushed, and he was confident that the right mix of gambling expansion projects would be appealing to a majority of lawmakers.

The tide began to turn not long after the United States Supreme Court overturned PASPA, which allowed New Jersey and all other states to address sports betting as they chose. Supporters of online gambling revised SB.7 to add daily fantasy sports and sports betting to the bill, but it happened late in the session and too close to its closing date of May 31.

One of those sponsors, Rita, then took an opportunity in the summer of 2018 to announce two hearings to discuss gambling expansion for Illinois. The first was held on August 22 in Chicago, and it was more than four hours of debate featuring members of joint committees. The main topics were new land-based casinos and expanded numbers of video gaming terminals.

The second hearing in early October was held in Springfield and focused heavily on sports betting. Horse racing takes precedence in Illinois and it became clear that there were many issues to be worked out before a solid bill could be drafted and presented to legalize sports betting, but it will be a priority for many lawmakers in 2019. This may mean that SB.0007 could be discarded and rewritten, and it is unclear whether online poker and casino games will be included in a new online gambling bill to be considered in early 2019.

Some speculation was correct for 2019 in that lawmakers were ready to pull together for gambling expansion in the state of Illinois. However, online poker and other forms of internet gambling were not a part of that picture. No matter the intentions of some lawmakers, it did not happen.

In the summer of 2019, a massive gambling expansion bill passed through the legislature after months of negotiations and discussions. Governor J.B. Pritzker signed it into law. It included the legalization of video gaming terminal (VGT) establishments, five new casinos in Illinois, a mega-casino in Chicago, a new racetrack, slot machines and table games in racetracks (making them racinos), and sports betting.

There will be 16 retail sportsbooks in the state and three online sportsbooks for Illinois. Casinos, racetracks, and stadiums may begin applying for sports betting licenses in December 2019. Sports betting went live in land-based establishments and online in March 2020.

The future for online poker and internet slot and table games remains unknown. The inability to include online gambling into the omnibus bill was disappointing, and it is not known if there will be an opportunity to legalize those online games in 2021.

So where does Illinois stand when it comes to the law and online poker?  The state does address the issue of online gambling directly in its law, so let’s talk a bit more about that part of the Illinois statute and a few other aspects that should be of interest to the typical online poker player.

First, what constitutes gambling in Illinois?  The law is pretty clear; gambling occurs when someone

“plays a game of chance or skill for money or other thing of value” (Section 28-1).

The only exceptions are state-approved forms of gambling.

Violation of that section as a player is a class A misdemeanor (Section 28-1(c)).  Illinois does not have a history of aggressively pursuing mere participants in illegal gambling.

What does Illinois law have to say about online gambling?  It is illegal if someone plays poker online?

Nothing in the section (or in any other part of Illinois law) appears to directly address the act of participating on such “internet sites” as a mere player.

What you’re left with is a situation that, to some degree, lacks legal clarity.  However, that should not be mistaken as a blanket endorsement that all online gambling activity is explicitly legal.  In such cases of uncertainty, players should start by reviewing the laws of Illinois personally, and then continue by consulting a lawyer if questions persist.

Most accounts of Illinois history assign gambling an early and prominent role in the story of the state.  Whether through the lotteries of early settlers, the famous riverboat gambling ships that cruised Illinois waters during the 1800s or the ubiquitous, ever-present gambling halls of Chicago, you’d be hard-pressed to pick a point in the Illinois timeline that didn’t involve gambling in some way, shape or form.

Today’s gambling industry in Illinois is a result of nearly forty years of legislative shifts toward gambling expansion, one that began in 1974 with the authorization of the state lottery. Online poker legislation is an extension of those legislative trends, but like many states with a substantial land-based gambling industry, the existing interests complicate iGaming bills.

What Gambling is Regulated in Illinois?

Most popular forms of regulated gambling are permitted under Illinois law.  In addition to the state lottery and the multiple casinos spread across the state, there is also legal pari-mutuel wagering in Illinois and a wide slate of charitable gambling formats.

Illinois has vastly expanded its gambling offerings in recent years, most extensively with a massive gambling expansion bill in 2019.

There had been more than 32,561 video gaming terminals (VGTs) in Illinois, and more were installed when the new law was implemented in 2020 with the creation of full VGT establishments. There were also 10 casinos in the state, but that was expanded this year to allow for five new casinos to be built and a mega-casino/resort in the city of Chicago. And on top of the three-horse racing tracks in Illinois already, an additional one was approved in 2019. Racetracks will also be able to expand to become racinos and offer up to 1,200 casino games, including slots and table games.

ICGA .  The Illinois Casino Gaming Association is a trade group representing the interests of many of Illinois’ casinos.  The group’s site provides useful research material for those interested in the Illinois gambling industry.

Illinois Gaming Board.  The official site for the state gaming board is the definitive resource for legal and regulatory information concerning gambling in Illinois.  Get information on meetings, measures, help with problem gambling and self-exclusion along with a wealth of statistical information at the IGB website.

ICPG  The online home for the Illinois Council on Problem Gambling is a central location providing access to a 24-hour helpline, speakers, and resources for educators, families and players. The ICPG is opposed to poker laws that expand and regulate the industry.

There are actually a number of points at which the history of poker and the history of Illinois intersect.  One example is the story of James Butler Hickok, better known as “Wild Bill.”  It was Hickok’s death that gave a name to the now-famous “dead mans hand” – two pair, aces and eights, said to be held by the lawman when he was shot during a poker game.

Another example comes in the colorful tale of Nick “The Greek” Dandolos, who called Chicago home for much of his life.  Dandolos was part of the mythic (and much debated) match up with Johnny Moss that is often cited as the template for the World Series of Poker.  A final, and more modern, illustration of the shared history between poker and Illinois is author and poker player Jim McManus, who lives in the state.

The plethora of live poker rooms in Illinois have allowed poker players to flourish in Illinois through the years. Even so, many of the state’s most famous players garnered most of their experience online.

Almost all of the top live tournament earners in Illinois were famous first for their online play, like Connor Drinan, Mohsin Charania, Gavin Griffin, and Kevin Saul. Their online poker earnings are not even included in the numbers below, which goes to show how well most of them crossed over from online to live play.

The top-ranked players from Illinois, as of 2019, are as follows:

Jennifer began writing about poker while working at the World Poker Tour in the mid-2000s. Since then, her freelance writing career has taken her from Los Angeles to Las Vegas and back to her hometown of St. Louis, where she now lives with her two dogs. She continues to follow the poker world as she also launches a new subscription box company and finishes her first novel. Jennifer has written for numerous publications including PokerStars.com and has followed the US poker and gaming market closely for the last 15 years. Follow Jen on Twitter

Disclaimer: The information on this site is my interpretation of the laws as made available online. It is in no way meant to serve as legal advice or instruction. We recommend that you seek legal advice from a licensed attorney for further or official guidance.

Sources & Citations For This Article on Illinois Online Poker