Some Plaintiffs in Postle Case Settle as Attorney Withdraws 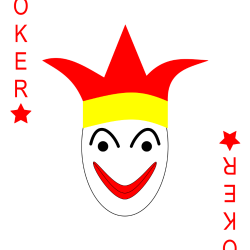 Almost one year from the start of the case against Mike Postle, some of the plaintiffs decided to accept a settlement offer from two of the original defendants.

This was anything but a clean ending to an already messy situation.

King’s Casino doing business as Stones Gambling Hall and one-time-maybe-still employee Justin Kuraitis now show that they settled with some of the 88 plaintiffs in the case against them. Other plaintiffs walked away from settlement discussions, including initial plaintiff Veronica Brill, and their intentions are unknown at this time.

The plaintiffs’ original attorney, Mac VerStandig, filed a motion to withdraw from the case – whatever may be left of it.

Mike Postle, the accused cheater whose actions on the poker livestreams from Stones prompted all of the legal actions over the past year, faces no tangible consequences. He never answered for his suspicious play or faced his accusers. And his friends remain vocal behind anonymous Twitter accounts, harassing and bullying some of the plaintiffs and members of the media.

It all started in July 2018 at Stones Gambling Hall in Citrus Heights, California, near Sacramento. Players began to notice that Mike Postle’s win rate at the poker table – the one featured on the Stones Live webcast – was high…and getting higher.

Wow, thanks Norman. This shout out holds the weight of a hundred others because of your place in poker and it means a lot to me ❤️

Brill took her concerns to Twitter, and poker pro/investigator/YouTube channel host Joey Ingram decided to investigate. After working with Brill and watching dozens of hours of Stones Live footage, Ingram took his conclusions to his channel and to social media.

The majority of the poker community agreed with the growing consensus that Postle cheated.

Brill and about two dozen other poker players at Stones who felt cheated by Postle took their allegations to Mac VerStandig, well-known gambling attorney and avid poker player. He filed a lawsuit against Postle, Stones, and Kuraitis, the latter of whom was the tournament director and overseer of the Stones Live broadcasts.

That kicked off a legal timeline that played out as follows:

–October 8, 2019: Brill and 24 other plaintiffs filed suit in the US District Court in the Eastern District of California, citing nine allegations that included fraud, negligence, racketeering, and unjust enrichment.

–January 9, 2020: The judge ordered alternative methods of serving papers to Postle due to months of evasion.

–March 25, 2020: Postle filed motion to dismiss without an attorney but with legal help.

–April 28, 2020: Plaintiffs filed a motion for sanctions against Postle for using a ghostwriter attorney while claiming to represent himself.

–May 18, 2020: Attorneys presented oral arguments regarding motions in Zoom hearing before Senior Judge William Shubb, who seemed unclear on poker terms and etiquette.

–June 3, 2020: Shubb dismissed all claims against all defendants, leaving open only the chance to file an amended complaint against Stones and Kuraitis.

–August 5, 2020: Plaintiffs requested an extension to file an amended complaint due to ongoing settlement negotiations between plaintiffs and Stones and Kuraitis.

Negotiations Finished but Not for Everyone

The court set the deadline for submitting an amended complaint to the court for September 11, and they submitted it one day early.

All of the attorneys filed a notice of partial settlement and stipulation, which noted that exactly 60 of the 88 plaintiffs agreed to the settlement. Brill was not one of them. The settling parties should complete their paperwork no later than September 18, and the nature of the settlement will not likely be made public.

Another Complaint on the Way?

In that same court filing, the non-settling plaintiffs may file a second amended complaint, but the court is only giving them 20 days from September 11 to do so.

However, the court may extend that time period. “In light of the settlement and forthcoming dismissal of claims by a substantial majority of plaintiffs,” the court may grant an extension. In addition, “any status conference in this matter should follow the determination of the parties remaining in the case and the opportunity for non-settling plaintiffs to appear in pro per or seek new counsel to file an amended complaint, if desired, or to dismiss the action.”

If the plaintiffs do file an amended complaint and do so before October 1, the court will keep the date for the initial status conference as listed in the court filing for October 13.

That notice of partial settlement also noted something very important: Non-settling plaintiffs will need to seek new counsel because VerStandig would be withdrawing from the case. Since there were no objections by any of the remaining plaintiffs, he had to file his notice of a motion to withdraw no later than September 11.

And he did. VerStandig filed it on Friday, September 11.

He wrote that he will move to withdraw as counsel on behalf of the plaintiffs on October 19 or as soon thereafter as the matter may be heard in Courtroom 5 of the Robert T. Matsui United States Courthouse” in Sacramento, California.

The reasons for withdrawing were:

-1. The majority of plaintiffs reached a settlement with Stones and Kuraitis, “resolving all issues between and amongst such parties and calling for the dismissal of this suit on behalf of such plaintiffs.”

-2. Parts of the settlement agreement “will serve to potentially create an untenable legal conflict of interest between counsel of record and the remaining plaintiffs.”

-3. VerStandig could be “potentially unable to pursue certain claims herein without violating the rules governing practice.”

-4. Some of the non-settling plaintiffs stopped being “communicative with undersigned counsel despite various efforts to establish contact via telephone and/or electronic mail.”

-5. None of the non-settling plaintiffs paid VerStandig for services, “nor are any required to compensate undersigned counsel.” However, he stated that withdrawal from the case is not sought on that basis, and he did not assert any retaining lien to their files.

If there are any next steps with regard to the non-settling plaintiffs, the public will likely find out via a court filing this month.