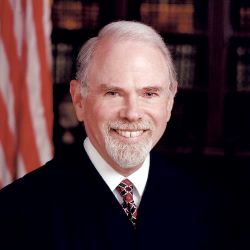 This was an unexpected turn.

The judge made this ruling just weeks after oral arguments regarding the motions to dismiss the cases, motions by Stones, Kuraitis, and Postle. Shubb seemed to lack an understanding of poker’s skill component and the technology behind livestreaming, but he did argue strongly against some of the defendants’ arguments for dismissal. Shubb particularly debated the validity of the Kelly v. First Astri case at the center of the defendants’ motions.

Another hearing was scheduled for June 1 to hear arguments regarding the plaintiffs’ motion for sanctions against Postle and his seemingly-ghostwritten legal documents. They called into question the participation of William Portanova, an attorney who seemed provide legal assistance to Postle despite Postle’s claim of representing himself.

Suddenly, however, hours before the hearing was to begin, Shubb cancelled it. “The Court shall issue a separate order,” the docket text read.

Two days later, Shubb issued his rulings to dismiss it all.

The Mike Postle case was dismissed.

The order pertained to the motions to dismiss charges against them by King’s Casino (doing business as Stones Gambling Hall), Kuraitis, and Postle.

Essentially, every one of the 11 total charges against the defendants was dismissed. The court did grant the plaintiffs 20 days from June 3 to file an amended complaint against King’s Casino and Kuraitis only “if they can do so consistent with this order.”

Disappointment is not a strong enough word, but we will continue the fight with an amended pleading. In the interim, I would encourage everyone to read the judge's opinion, which is detailed and well-written. My admiration for our clients has no bounds. https://t.co/bt5POVWawe

Shubb did the same for the motion for sanctions against Postle. “Regardless of whether Postle had his motion ghostwritten by that attorney or cut and pasted from the brief his attorney filed in that prior case, the court sees no reason to impose sanctions here.”

While the judge cited cases in which federal courts frowned upon the practice of ghostwriting, those same courts rarely imposed sanctions. So, Shubb declined its discretion to impose sanctions.

“It is therefore ordered that plaintiffs’ motion for sanctions be, and the same hereby is, denied.”

Reasons for Dismissals of Claims Against King’s/Stones

Shubb first addressed the allegations against King’s Casino in great detail. He started with the motion in its entirety and cited two cases, the aforementioned Kelly ruling and Vu v. California Commerce Club. He points to both cases regarding the recovery gambling losses, putting the onus for that task on California’s public policy. Additionally, the rake in poker games could contribute to more concrete, identifiable damages.

Shubb went on to address each claim separately.

The judge dismissed this charge because the plaintiffs failed to “particularly plead the damages they suffered as a result of this alleged fraud.” However, he left it open to amend the complaint with details of the days of the Stones poker action in which they were defrauded and identify the rake paid to Stones in those games.

Shubb wrote that the plaintiffs failed to fulfill the essentials of this charge, and they didn’t reveal the name of the confederate that could testify to their charges. This, he said, prevented him from assessing any intent to defraud, meaning Stones couldn’t be shown to have known of the cheating.

This charge involved deception as a part of a transaction of Stones selling its services as a fair cardroom. While the plaintiffs alleged that the service was poker, but the judge contended that gambling is not work and a game not a service.

The judge concluded that there was no physical harm to the plaintiffs and that Stones did not intend to harm the exact plaintiffs rather than any possible poker players. Shubb also said that the plaintiffs failed to show that they had any special relationship with Stones.

For claim of Negligence against Stones and "special relationship" they have w/ customers … judge says lawsuit "fails to
adequately suggest that any cheating was intended to specifically affect them, rather than any possible poker player." pic.twitter.com/nuSr0dI2DV

This pertained to the Stones’ tweet against Veronica Brill alleging she fabricated her claims against the establishment. The tweet didn’t mention her by name, but she claimed she was identifiable in that tweet by reasonable implication. Shubb, however, said it didn’t meet the necessary elements of libel per se.

Reasons for Dismissals of Claims Against Kuraitis

Judge Shubb next took to the claims against Kuraitis, who served as a director in charge of the Stones Live online broadcasts. He managed the booth with the technology that recorded the hole cards and all of the poker action in order for commentators to do their jobs in a separate booth.

The judge addressed each claim against Kuraitis, too.

The judge dismissed this charge against Kuraitis for a bit of a different reason than he did for Stones. He found that “agents are not vicariously liable for the torts of their principals,” which is why the plaintiffs may amend their complaint to seek rake from Stones but not Kuraitis. Since there was no clear connection between Kuraitis and the rake, the charge was dismissed.

Just letting the poker community know that if you decide to cheat on a live stream you are free to do so. There will be no accountability for your actions and you are free to steal hundreds of thousands of dollars. The casino, and employees who might help you, are not accountable

Reasons for Dismissals of Claims Against Postle

Who’s still with me? Anyone?

The judge broke down the five claims against Postle into two categories, one focusing on a RICO (Racketeer Influenced Corrupt Organizations Act) violation, and all of the others lumped into the other. He broke those two sections down as follows:

Judge Shubb ruled that all of these claims focus on gambling losses, which he addressed regarding Stones already. And since those types of losses are not recoverable through the court, he again pointed to a need for a public policy change to address this issue.

This charge pertained to the allegation that Postle used an “instrumentality of wire transmissions” to cheat at the poker games. Shubb said that plaintiffs must allege conduct of an enterprise through a pattern of racketeering activity causing injury to plaintiffs’ business or property. In order to prove said injury, they must show proof of “concrete financial loss.”

Shubb pointed to past cases that found gambling losses insufficient to prove those injuries. Not only did he classify poker as gambling, he said the players would have paid the rake whether Postle cheated or not. And the plaintiffs simply didn’t show concrete injury.

The last paragraph of the court’s order gives plaintiffs 20 days from June 3 to file an amended complaint.

Mac VerStandig, attorney for the plaintiffs, made no qualms about their intention to file that amended complaint against Stones.

Some musings on yesterday’s news in the Postle/Stones case. (Also, y’all realize we’re going to amend and go forward against Stones, right? Reports of the case’s death are greatly exaggerated.) https://t.co/5FQsLmb2BL

In a follow-up piece for PokerNews, VerStandig indicated sincere disappointment that Stones – a licensed and legal casino – would rely on an antiquated doctrine prohibiting gamblers from seeking judicial recourse for their losses. “The message such sends to the gaming community forming its patron base is suboptimal-at-best,” he wrote. “Moreover, it is a doctrine born of an anachronistic era.”

VerStandig also noted that Postle became a victim in this ruling in that he cannot show proof of his gifted poker play. He never proved his poker prowess or substantially countered the hours and hours of evidence against him, the detailed analysis of footage that show a strong likelihood of cheating.

He's about to be rich from his poker skills, or is he going to blame me too when that doesn't work? https://t.co/qzxCppjLye

His also issued a warning regarding the message of the judge’s orders of dismissal sent to the poker community: