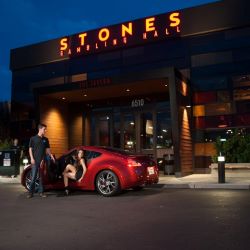 For the first five months of the scandal that broke open in October 2019, there was really only one cohesive and evidence-based side to the story. The charges against poker pro Mike Postle were serious and the video proof damning.

After a few initial responses from Postle on Twitter to deny the allegations of coordinated and long-term cheating in a livestreamed and recurring poker game, Postle locked his Twitter account. The card room – Stones Gambling Hall – and its tournament director went silent.

In the case of 25 poker players versus an alleged cheating player and those who allegedly aided the cheating, one of the defendants finally filed a response.

King’s Casino, doing business as Stones Gambling Hall, filed a response with the US District Court of the Eastern District of California last week.

Essentially, Stones called for an order dismissing the claims against Stones for two reasons:

–failure to state a claim upon which relief may be granted, and

–failure to allege claims of fraud and misrepresentation with the required particularity.

The first paragraph sums up a portion of Stones’ argument:

“This lawsuit reflects the oldest complaint of gamblers – that their lack of success means they were cheated. Plaintiffs ask this Court to hold King’s Casino, LLC, dba Stones Gambling Hall liable because Defendant Michael Postle won too many hands of poker from them.”

Stones also claims that the plaintiffs make “no credible allegations of wrongdoing by Stones.” Further, Stones’ employees “failed to confirm” the plaintiffs’ fears of Postle cheating and do not allege that Stones benefitted from said cheating.

“It is confounding that Plaintiffs now sue Stones rather than seeking its assistance in their shared goal of preventing cheating in poker.”

Stones then explains the three bases upon which the court should dismiss the claims:

In what world were you expecting anything different? Literally every single step they've taken, from my first complaint to Justin a year ago, to inviting Mike's brother to play on the last live stream game in stubborn protest, has shown you this path.

This pertains to the negligence claim against Stones, to which Stones replies that it had no responsibility to do anything about any of the alleged actions.

“Plaintiffs content that Stones owed a duty to them to prevent Mr. Postle from cheating. No such duty exists.”

Stones goes on to say that it is unfair to require the card room to prevent a cheater from sitting at the poker table and unprecedented under California law.

The motion claims that the original complaint fails to plead facts to establish any fraudulent misrepresentation by Stones. In addition, they say the constructive fraud claim does not allege any fiduciary or confidential relationship between Stones and the plaintiffs, without which there can be no breach of any relationship.

Moreover, Stones says there has been no negligent misrepresentation. In fact, they claim all assertions are implied and not a basis for the charge.

As for Veronica Brill herself, the first person to bring the cheating allegations into the open, Stones says she has no valid libel claim. The card room contends that the “allegedly defamatory statement” doesn’t refer specifically to or imply a reference to Brill.

The statement in question referred to “an accusation” of a player cheating in the Stones Live game and noted “recent allegations are completely fabricated.”

The recent allegations are completely fabricated

Stones says that the tweet is not linked to her in a provable way. Moreover, the fact that Brill mentioned no special damages or economic harm, there can be no libel claim.

The Sacramento Bee obtained a quick response from Mac Verstandig, one of the attorneys representing the plaintiffs, who said, “I find it regrettable that they have elected to portray my clients as sore or otherwise frustrated losers. But we look forward to responding to their legal contentions through the judicial process and will do so in due course.”

Stones requested an April 16 hearing for the motion to dismiss. Likely, the court will await a response from the plaintiffs’ attorneys and then issue a ruling as to the need for a hearing.

Meanwhile, there are other key dates approaching. Tournament Director Justin Kuraitis must respond to the initial complaint by March 13, and Postle must file his response by March 24.

“This lawsuit reflects the oldest complaint of gamblers — that their lack of success means they were cheated,” a motion for dismissal by Stones’ parent company, Kings Casino LLC, declares."