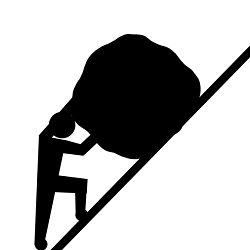 What was once a booming industry that seemed to have no limits is now a niche market that is struggling to maintain its presence, much less grow. US online poker has faced its share of struggles since Black Friday in 2011, and the year of 2019 could be pivotal in its effort to stay relevant while also moving forward, no matter the slowness of its pace.

Numerous issues will face American online poker in 2019. The major obstacles can be hurdled but will require some organization and focus.

There has been much talk about the 2011 decision by the Department of Justice regarding the Wire Act, mostly because it is directly under fire and potentially invalid.

The DOJ decision came in late 2011 via an opinion that declared the Wire Act pertinent only to sports betting, not to other forms of gambling. This decision was the result of a request by several states that wanted to offer lottery tickets online but wanted clarification on the Wire Act before doing so. The opinion removed the wall that seemed to prohibit states from legalizing any form of online gambling, including lotteries, poker, and casino games.

Casino mogul, billionaire, and online gambling opponent Sheldon Adelson has long opposed this decision and dedicated himself to reversing it. Through millions of dollars in donations to candidates likely to take up his cause, Adelson has pushed for a solution through the Restoration of America’s Wire Act (RAWA) bill and through a direct DOJ reversal of the 2011 opinion.

Many members of Congress have benefited from his generous campaign donations and worked to ban online gambling for Adelson, but none more resolutely than US Senator Lindsey Graham. He has been pushing the DOJ and the latest string of US attorneys general to overturn the Wire Act decision, and he may have gotten his wish before the latest nominee is even able to secure a Congressional hearing.

According to reports just before Christmas, the DOJ’s Office of Legal Counsel wrote an opinion concluding that the 2011 decision was in error and the Wire Act does pertain to all forms of online gambling. The decision had not been published, but in truth, no opinions have been published online due to the partial government shutdown in progress.

When Acting Attorney General Matt Whitaker officially rescinded a number of previous DOJ opinions before Christmas, there was no inclusion of anything pertaining to the Wire Act. However, that does not mean it hasn’t been done and simply not published or publicized.

This seems like it would have been a potential vehicle for announcing a new opinion or rescinding the Wire Act opinion. Still possible it is separate from this, of course.

If the Office of Legal Counsel did, in fact, overturn the Wire Act decision of 2011, it could turn the US market on its head. The exact fallout cannot be predicted without seeing the wording of the decision, but the four states with legal online poker – New Jersey, Nevada, Delaware, and Pennsylvania – may have to seek the direction of the US court system to clarify the law.

When the US Supreme Court overturned PASPA in May 2018, the much-anticipated ruling on the Professional and Amateur Sports Protection Act essentially rendered it useless. And without PASPA in the way, every state in America could legalize and regulate sports betting if they chose to do so. New Jersey, the state at the center of the Supreme Court case, was one of the first to launch its sports betting activities, and numerous other states followed throughout 2018.

Many assumed that legalized sports betting would provide an avenue by which online poker and online gambling in general could be recognized and authorized. States that wanted to expand gambling to include sports betting would likely consider the great success that New Jersey found in internet gaming, which has been a complement and boost to its land-based casino industry.

I'll echo what @phil_hellmuth tweeted earlier: Now that sports betting is about to be legal in many states, online poker should be next.

A long-term successful sports betting ROI is around 5-10%

It's a game of skill and should be legal

That did not happen.

In the seven and a half months since the Supreme Court decision, no state has parlayed online gaming with sports betting in successful proposals. In fact, only Illinois and Massachusetts even considered it with comprehensive bills that have yet to obtain any floor votes to move forward.

Sports betting is not going to be a vehicle for online poker unless states want to specifically focus on the technology available to offer a broad range of internet-based betting, from sports to poker and casino games. As it stands, most legislators are too unfamiliar with technology that could boost all aspects of their gambling businesses, or at the very least, they are fearful of its reach.

The US online poker market has had more than its share of difficulties in rebuilding after Black Friday, and it seems to still only be at the beginning stages nearly eight years later. But along the way, there was the Poker Players Alliance, the non-profit organization that did work for poker players. No matter the results, the PPA was putting in the time, offering information and daily action items for its members, and keeping eyes always on the happenings in the industry.

The organization was dramatically underfunded in recent years, however, and spent the last part of 2017 and first months of 2018 deciding what to do about the problem. Midway through the year, Poker Central seemed to come to the rescue to take over the organization. There were questions about taking the longtime advocacy group private and about its new president, who had little experience in the poker industry, but the new Poker Alliance seemed confident and tried to allay any worries.

The rebranded and refreshed Poker Alliance will drive advocacy for poker players in the digital age.
Learn more: https://t.co/Qb1BNLjWrR pic.twitter.com/TeniUuuTQ0

Poker Alliance President Mark Brenner assured the poker community that a new website was in the works and advocacy efforts would soon be evident. And while some of Brenner’s words proved true as he spent time attending sports betting hearings in various states, the updated website never appeared. The group never offered any information about online poker efforts in any state, nor did the Poker Alliance seem to be aware of the happenings with the DOJ. There was only one major issue to which the group dedicated its social media presence and website, and it was a gambling issue on the Florida ballot in the mid-term election. But since those efforts failed on November 6, the website hasn’t been updated with any other issues or information.

Thank you to everyone who participated in our effort to defeat FL’s Amendment 3. We knew going into the fight that we had a huge challenge ahead of us. We are not racking our chips and remain committed to #Fight4Poker across the country. pic.twitter.com/8stzlEs1Bq

As 2019 got underway this week, there were still no updates on the Poker Alliance website, and its Twitter feed’s latest posts only criticized Michigan’s now-former-governor for his veto of the online gambling bill.

What does @onetoughnerd’s veto of the #iGaming bill mean for Michigan:
❌100s millions in tax revenue lost
❌no consumer protections
❌casinos/tribes unable to use tech to get new customers/market
❌no new jobs or ancillary economic growth

It should also be noted that our email to Brenner on December 11 asking for 2019 predictions for online poker and the Poker Alliance’s focus in 2019 went unanswered.

There is no indication about what the Poker Alliance will do on behalf of online poker players in 2019. Six months have passed with few updates on the website that clarify the happenings in any American states (except the aforementioned Florida exception) or on the federal level.

What used to be a resource for the poker community seems to have faded into irrelevance over the past year, and it is unclear if the Poker Alliance has any plans moving forward.

Without representation in the state legislatures and the halls of Congress, online poker has a tough road ahead in 2019.