PPA Urges Floridians to Vote No on Amendment 3 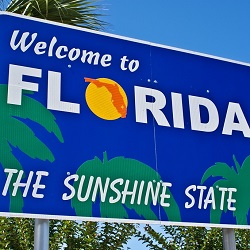 When the mid-term elections take place on November 6, 2018, many will be watching Florida and several key races there. Most notably, Tallahassee Mayor Andrew Gillum is challenging former US Representative Ron DeSantis for the governor’s seat, but the Senate race is also important as current Governor Rick Scott is attempting to unseat current Senator Bill Nelson. The campaigns have been some of the most expensive in the country, and the election’s outcome in the swing state will impact the Senate as well as the overall direction of the country.

Those interested in gambling and the gaming industry in general will also be watching the Florida results, mostly to see what happens with Amendment 3. It will determine whether or not Florida voters take control of gambling decisions in the state.

The Poker Alliance has weighed in this week in its first endorsement of the mid-terms and the first significant statement from the organization since it was taken over earlier in 2018 by Poker Central. While new Poker Alliance President Mark Brenner has been attending a lot of sports betting hearings and working behind the scenes, the group’s outspoken opposition of Amendment 3 is notable.

Attention Floridians: @Byscottmiller breaks down the Amendment 3 battle and why we should #FoldOn3. #Fight4Pokerhttps://t.co/zphuoO0qN7

The attempt to change the Florida Constitution with Amendment 3 will determine the way that all decisions regarding casinos and most forms of gambling will be handled going forward. The wording that is on the ballot is as follows:

It should be noted that the text of the official amendment defines gambling/gaming as “any of the types of games typically found in casinos and that are within the definition of Class III gaming in the Federal Indian Gaming Regulatory Act (IGRA).” It goes on to say that it includes any house-banked game like blackjack, player-banked games like California blackjack, roulette, craps, keno, slot machines, electronic ambling, simulated gambling, video lottery machines, internet sweepstakes, and “any other form of electronic or electromechanical facsimiles of any game of chance, slot machine, or casino-style game.” This does not, however, include pari-mutuel wagering on horse or dog racing or jai alai.

One might – as this author did, initially – believe this amendment would be a positive step for the expansion of gambling in Florida. It seems as if the state legislature is consistently embroiled in controversy with the Seminole Tribe of Florida regarding the extent of its rights in its land-based casinos, and there have been no serious considerations in the past several years to expand casino gambling or consider online poker or gaming.

On October 24, the Poker Alliance emerged with a very strong opinion about the proposed amendment, issuing several statements via Twitter and launching the first state-specific page on its website. New articles were also linked from the home page for the first time since mid-August, all pertaining to the Florida election.

ATTENTION FLORIDA POKER PLAYERS: The Poker Alliance is formally opposing Amendment 3 which is on the November 6th ballot in the Sunshine State. Be on the lookout for an email from us explaining why you should VOTE NO. #FoldOn3 #fight4poker

Per the page, the organization’s statement reads:

“Florida’s poker community is strong and growing, however, this could change if Amendment 3 is approved on Election Day (November 6th). This problematic referendum will make it very difficult — if not impossible — to expand gaming opportunities in Florida.”

It goes on to state that Amendment 3 will do the following:

This ridiculous requirement eliminates local control over gaming issues; it stops the expansion of live poker; and, it jeopardizes the chances that #iPoker & #sportsbetting will ever come to Florida. #FoldOn3 #Fight4Poker

According to some of the articles linked and quotes posted, Amendment 3 is being sponsored and promoted by Disney and the Seminole Tribe of Florida, neither of which want to see gambling expand. The Seminoles, specifically, want to maintain their monopoly on casino-based poker rooms in the state. In addition, it would render voters in specific cities and counties dependent upon the voters of the entire state when trying to pass gambling laws for their own jurisdictions.

The Poker Alliance cited opposition to Amendment 3 from some of the major news publications in Florida, including the Tampa Bay Times, Sun Sentinel, and USA Today-affiliated Florida Today and Tallahassee Democrat. The organization also solidarity with the Choose Me, Not 3 campaign.