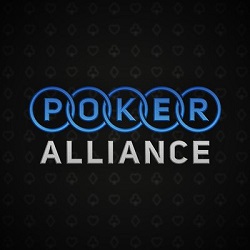 The Poker Players Alliance (PPA) has been relatively quiet for the first six months of 2018, with a few notable exceptions regarding leadership and a lack of funding. Its future was uncertain, as there had been indications that the lobbying group was considering broadening its attention to include sports betting.

That all changed today.

The group is now the Poker Alliance, a poker advocacy organization with a new brand identity, leadership, and funding source.

The rebranded and refreshed Poker Alliance will drive advocacy for poker players in the digital age.
Learn more: https://t.co/Qb1BNLjWrR pic.twitter.com/TeniUuuTQ0

The overall goals of the Poker Alliance seem fairly similar to those of the now-defunct Poker Players Alliance, with only slight differences obvious at this early www.

The press release noted the following:

“Poker Alliance will be a dedicated voice for the millions of Americans who support expanding the sporting world of poker, in particular the players seeking to enjoy safe, well-regulated, and fair games in myriad locations and formats. The revamped association will prioritize advocating for consumer protection and states’ rights in the context of poker and internet gaming.”

It then mentioned that it will build on the 13-year history of relationships built by the PPA but interestingly noted the recent US Supreme Court decision that invalidated PASPA and made way for states to legalize sports betting within their borders. The press release preceded that mention with a statement about online gaming becoming more widespread and popular and then stated, “…the sport of poker is ready for a new kind of activism.”

Notably, the PPA had seriously considered expanding its focus to include sports betting after a member survey showed a majority of respondents supportive of the idea. But the new Poker Alliance seems solely dedicated to poker, not sports betting or even online gaming as a more general category.

New Poker Alliance President, Mark Brenner, said, “As gaming culture and the laws around it have shifted, so too has our focus. Poker players deserve to be able to play poker with confidence and safety, and we will expand the PPA’s incredible effort by strategically advocating for our members.”

Brenner takes over as the new president of the group and is described as “longtime business development and government relations executive.” Many things remain unclear, such as his relationship to the poker community, his personal and/or business dealings with the game, and how he was chosen for the position.

Meanwhile, Rich Muny had just taken over as PPA President in early February when John Pappas stepped down as the group’s executive director. Pappas was staying on as a board member and strategic advisor. Now it seems that both Muny and Pappas will remain with the organization in advisory roles for at least the next three months in order to ensure a smooth transition.

BREAKING: PPA has evolved into a new organization — the “Poker Alliance” (https://t.co/fvTnZ44Tw4). PPA has been fighting to expand iPoker since '05. Poker Alliance will continue the fight for the rights of poker players & expanding access to poker!

From Public to Private Funding

Since its inception, the PPA had been a non-profit organization, primarily funded by donations. In the beginning, more than one million people in the poker community paid dues to become members, and some companies (mostly online poker operators) assisted with funding.

However, the last few years had seen a dramatic decrease in the PPA requesting membership fees and donations, and when it did take money from a company like PokerStars, a potential conflict of interest emerged that alienated some former PPA supporters. When the PPA leadership changed hands earlier this year, the group brought attention to its need for funding. That turned into an actual fundraising campaign when it revealed that staff had not been paid at all in 2017.

In the end, the PPA was not able to raise even half of the $25,000 it needed to continue working.

Upon today’s announcement, it became clear that the new Poker Alliance was no longer going to rely on membership fees or dues. The new FAQ section of the website revealed how that was going to work.

–“Poker Alliance has a new corporate structure that provides financial and operational support, so we will not rely financially on our membership.”

–“Funding will come from industry participants, including Poker Central, as one of many businesses, resorts, hotels, casinos, gaming applications or platforms, etc.”

While this was not mentioned in the press release, there was a statement from Muny: “I’m very optimistic about Poker Alliance’s potential to bring new innovations and a different skill set to the fight for poker, serving its membership and consumers in general.”

More information about the organization is expected in the coming days and weeks.