US Court of Appeals Affirms Wire Act Ruling Against DOJ 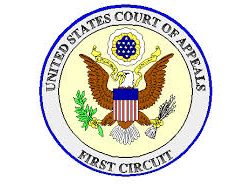 On the last day of the Trump Administration, as US President-Elect Joe Biden and Vice-President-Elect Kamala Harris awaited the opportunity to take the oath of office and assume their news roles, the US Court of Appeals enters its decision in the Wire Act case.

Strangely enough, there wasn’t even a guarantee that the court would render a decision.

But on January 19, 2021, more than three years after the US Department of Justice issued a new and controversial memo about the Federal Wire Act, the US Court of Appeals upheld the US District Court decision to set aside the memo. It was a huge win for many states, gaming operators, and online poker players around America.

And we win! The 1st Circuit upholds the District Court's Opinion and rejects the OLC's opinion. The 1st Circuit holds that the Wire Act only (and obviously) applies to sports events and contests! Big Win! @iDEA_Growth #sportsbetting #wireact

Back Up for a Moment

The case before the US Court of Appeals for the First Circuit was the New Hampshire Lottery Commission and NeoPollard Interactive versus the US Department of Justice, US Attorney General, and the United States as a whole. The law at the center of the case was the 1961 Wire Act.

A detailed summary of all of the actions that led up to the Court of Appeals is in this article, which also summarizes the oral arguments phase of appeal. That happened in June 2020.

Simply put, the Justice Department’s Office of Legal Counsel issued a memo in 2011 to clarify the modern interpretation of the Wire Act. That memo stated that the Wire Act applied only to sports betting, not to internet lotteries or other forms of igaming. It meant that states could share some forms of gambling across state lines without violating the Wire Act.

The DOJ in 2018 reversed that decision, many believe at the insistence of now-dead casino magnate and anti-igaming activist Sheldon Adelson. The new memo essentially reversed the 2011 memo but remained unclear about the exact forms of gambling prohibited by the new interpretation. States with interstate lotteries, multi-state online poker, and online slot jackpots – albeit broad examples – immediate demanded clarification. When they did not receive it, many states and gambling regulators wanted to sue. The New Hampshire Lottery Commission was one of the first to drop a lawsuit, along with NeoPollard Interactive, which provided the platform for New Hampshire’s games.

US District Court Judge Paul Barbadoro heard the case in April 2019. Less than two months later, Barbadoro ruled for New Hampshire and NeoPollard. It was a clear-cut ruling that set aside the 2018 OLC decision.

In mid-August 2019, the defendants appealed the case. The process of filing briefs and replies, not to mention the coronavirus pandemic in early 2020, delayed oral arguments before the US Court of Appeals for the First Circuit until June 18, 2020.

No one could predict how long it would take for the three-judge panel to consider the arguments and complete a ruling. The pandemic slowed everything in almost all aspects of business and government. But the process took an unexpected turn in late October 2020.

One of the three judges died. Judge Juan Torruella died on October 26 at the age of 87.

The options for the US Appeals Court were dictated by law. Since a quorum was needed to decide the case, the other two members of the court could have rendered a decision on their own, if they agreed. Or if Torruella had completed some form of written, that could be used (carefully) to build a decision. Finally, if there was no clear-cut solution, the appeals process would have likely needed to begin again with briefs and oral arguments.

The court didn’t issue as much as a peep for the rest of 2020. But it did issue a clear opinion on January 20, 2021, also known as Inauguration Day in America.

.@GovChrisSununu on fed appeals ruling that 1961 Wire Act does not apply to sports betting by @NHLottery. “This ruling is a major victory for NH, ensuring that over $100 million each year continues to flow from the NH Lottery system…" #nhpolitics

The US Court of Appeals released a long version and short version of the judgment. Let’s start with the short one, keeping in mind that the New Hampshire Lottery and NeoPollard were the plaintiffs and appellees.

The conclusion of the entire 49-page long version of the ruling also explains it succinctly:

“We find that the plaintiffs’ claims are justiciable and that the Wire Act applies only to interstate wire communications related to sporting events or contests.”

Appeals Court Judges Sandra Lynch and William Kayatta Jr. issued the opinion. Judge Torruella had heard the oral arguments and “participated in the semble,” according to the filing. However, he did not participate in the issuance of the final opinion.

Kayatta authored the opinion with which Lynch concurred.

The first section of the filed opinion summarized the case to the point it reached the Court of Appeals and substantiated its jurisdiction. The second section addressed the judges’ considerations.

The judges had to determine whether the Wire Act case presented a “justiciable case or controversy” and what, if anything, to do about it. The opinion broke the response into several section.

The plaintiff had to show an injury “fairly traceable to the challenged action” that “will be redressed by a favorable decision.” The opinion stated that there was no question that any injury could be traced directly to the government’s threat of enforcement under the 2018 Wire Act memo. The plaintiffs also satisfied the injury-in-fact requirement because the plaintiffs do use wire communications In lottery betting, The DOJ made it clear in the OLC memo as well as subsequent memos that it would apply a broad reading of their decision.

In addition, the government tried to downplay the threat of the memo to the New Hampshire Lottery and NeoPollard by saying any future decisions on its applicability would give offenders 90 days to stop its operations. The court’s opinion called the “prolonged coyness” an exacerbated threat.

The judges agreed with the ruling from Judge Barbadoro that the case offered “substantial controversy” regarding the meaning of the Wire Act, which was “of sufficient immediacy and reality.” They wrote that the plaintiffs should not be forced to sit around and wait for the government to make its decisions “under a dangling sword of indictment.” Further, “the government refuses to disavow prosecuting state lotteries and their vendors for the conduct they currently engage in.”

Point 3: Burden on plaintiff regarding DJA and APA claim

The Declaratory Judgment Act and Administrative Procedures Act both pertain to declaratory relief and if plaintiffs deserve it. According to the opinion, two clauses of the Wire Act had to be considered, one regarding the “on any sporting event or contest” piece and the other the punctuation in a sentence explaining the “transmission of a wire communication.”

The court found that the first clause did accommodate several possible readings. Ultimately, the judges found the text “not entirely clear on the matter at hand.” They added, “We find that the government’s resolution of the Wire Act’s ambiguity would lead to odd and seemingly inexplicable results.”

The Appeals Court opinion noted that the lower court used the Declaratory Judgment Act to say that the Wire Act applies only to bets and wagers on sporting events. The two judges believed the scope of that declaration was “responsive to the pleadings and issues presented.”

That appears to change nothing about the basic ruling.

(Feel free to read the entire opinion via this public link.)

At first glance, the case and its rulings may not seem to connected to online poker. But it is.

The 2018 DOJ memo reversed that 2011 decision. It muddied the waters, especially for online poker operators in the United States. Delaware, New Jersey, and Nevada signed a multi-state online poker liquidity agreement several years ago, and they currently allow poker players to share tables on sites in multiple states. Did the 2018 memo make that illegal? The US Attorney General wouldn’t say.

This week’s Court of Appeals ruling affirms the District Court ruling that the DOJ memo of 2018 is set aside. It is as if it doesn’t exist. The prevailing standard, once again, is the 2011 opinion.

This means that online poker sites that share player pools across state lines is not illegal under the Wire Act or any existing US law. The Wire Act also doesn’t affect any state lotteries or internet gaming sites.

But What Does It Mean NOW?

There are several ways that the Court of Appeals decision may inspire action now.

First, West Virginia may be willing to move forward with online poker. Last year, West Virginia Lottery Commission Director John Myers made it clear that he would not pursue the launch of any online poker sites until the courts finalized a ruling in the Wire Act case. He knew that his state’s individual online poker would be quite small, and profitability depended on interstate liquidity.

If he believes the Wire Act case is dead, Myers is likely to move forward with online poker licensing.

Second, Michigan is likely to sign the multi-state online poker agreement, as is Pennsylvania, to join forces with the three existing states. Michigan Governor Gretchen Whitmer just signed the bill in late December 2020 to amend her state’s internet gaming bill to allow for online poker liquidity.

Technically, the Department of Justice and US Attorney General could appeal this decision once again, this time to the United States Supreme Court.

If this happens and the Supreme Court accepts the case, the fate of states’ rights to internet gaming and lotteries would remain in limbo for another year or two. Even though it would seem that SCOTUS is likely to agree with the lower courts’ rulings, it wouldn’t be official until SCOTUS issued a definitive ruling.

I, in my infinite wisdom, do not believe this will happen. I believe the DOJ will end it here.

There are several reasons for this.

First, there was one person behind the push to overturn the 2011 Wire Act decision: Sheldon Adelson. I detailed some of the evidence behind his influence in this article about his death earlier this month. Adelson’s money and power backed the movement via numerous RAWA (Restoration of America’s Wire Act) bills in Congress and then the DOJ move under the Trump Administration.

Second, a new administration is taking over. The Biden Administration became official on January 20 and will quickly move to appoint President Biden’s choice of Merrick Garland for Attorney General. Trump’s AG, William Barr, quit in late December, so Jeffrey Rosen became the Acting AG until Biden’s nomination is approved.

Rosen has little reason to pursue the case. Garland will have even less motivation to do so.

Third, the effort to appeal the case to SCOTUS could be futile and a waste of time and money. The 2018 memo was vague and poorly written. The Justice Department’s case was weak to defend it was weak, and Judge Barbadoro affirmed that in his District Court decision. The Appeals Court just bolstered that view even more.

And the reality is, there is good reason to believe the DOJ won't pursue these efforts.

It is now under the Biden administration. I'm sure it has other priorities. Nb. Biden was VP during the Omaha administration's original 2011 narrowing of the Wire Act. /26

I have a feeling that the DOJ will not be seeking rehearing or cert here. https://t.co/gmkihfjXaR