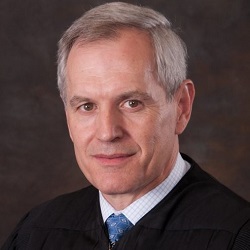 The United States District Court for the District of New Hampshire ruled today in the case of the New Hampshire Lottery Commission, et al. versus William Barr in his official capacity as Attorney General of the US, et al.

The Barr and the US Department of Justice lost.

Essentially, US District Court Judge Paul Barbadoro declared that the federal Wire Act applies only to sports betting, not state lotteries or any other type of online gaming. “The 2018 OLC (Office of Legal Counsel of the Department of Justice) is set aside.”

This means that the US District Court has ruled that the DOJ’s Wire Act decision published in January 2019 – though written in November 2018 – is set aside and not valid. Whether the DOJ chooses to enforce their OLC opinion anyway is another story, but the courts have, for all intents and purposes, ruled it away.

It seems very likely that the Barr and the DOJ will appeal the decision very soon, though. And if Barbadoro’s comments during the oral arguments phase of the case are to be taken seriously, the case if very likely to end up in front of the US Supreme Court.

Barbadoro released his ruling on June 3. The 63-page document outlined every aspect of the case taken into consideration, every pending motion and request. And it offered a very clear-cut decision regarding the 2018 DOJ decision applicable to the Wire Act.

The Memorandum and Order explained the basis for the case, and then Barbadoro stated:

“Before me are the Government’s motion to dismiss for lack of standing and the parties’ cross-motions for summary judgment. As I explain below, I agree with the plaintiffs that they have standing to sue. Based on the text, context, and structure of the Wire Act, I also conclude that the Act is limited to sports gambling. Accordingly, I deny the Government’s motions and grant the plaintiffs’ motions for summary judgment.”

In the conclusion to the ruling, Barbadoro summarized his decision as follows:

“I deny the Government’s motion to dismiss for lack of jurisdiction (Doc. No.45) because the plaintiffs have established standing, and the Government has not met its burden to show that the case is moot. I grant the plaintiffs’ motions for summary judgment (Doc. Nos. 2 & 10) and deny the Government’s cross-motion for summary judgment (Doc. No. 45). I hereby declare that § 1084(a) of the Wire Act, 18 U.S.C. § 1084(a), applies only to transmissions related to bets or wagers on a sporting event or contest. The 2018 OLC Opinion is set aside. SO ORDERED.”

There are many pieces of the case that lead to the overall ruling. Those are explained in great detail, complete with case law references, throughout the document.

Standing referred to the plaintiffs’ right to sue in the first place, which was challenged by the Department of Justice on the basis that they do not face an “imminent threat of prosecution. On that, Barbadoro wrote, “I disagree.” Further, he wrote:

“The plaintiffs faced the choice between risking criminal prosecution, winding down their operations, or taking significant and costly compliance measures that may not even eliminate the threat. This choice ‘between abandoning (their) rights or risking prosecution … is a dilemma that it was the very purpose of the Declaratory Judgment Act to ameliorate.’”

The cross-motion for summary judgement was the next major point to address, and Barbadoro did that in sections. The first, the final agency action, raised the question of whether the 2018 OLC opinion was subject to review under the APA, and the Wire Act portion referred to its application to non-sports gambling.

On the first point, Barbadoro determined that the OLC opinion “constitutes final agency action without an adequate alternative to APA review.”

On the second with reference to the Wire Act, Barbadoro detailed much case law and the grammatical mentions in the 2018 OLC opinion, as well as legislative history. He summarized it all by saying,

“While the syntax employed by the Wire Act’s drafters does not suffice to answer whether § 1084(a) is limited to sports gambling, a careful contextual reading of the Wire Act, as a whole, reveals that the narrower construction proposed by the 2011 OLC Opinion represents the better reading. The Act’s legislative history, if anything, confirms this conclusion. Accordingly, I construe all four prohibitions in § 1084(a) to apply only to bets or wagers on a sporting event or contest.”

The declaratory relief for multiple states was something Barbadoro rejected.

“Granting relief on the Powerball-as-joint-venture theory would risk going “beyond the bounds of the complaint and the evidence in this case. I decline to take up Michigan’s argument on the present record.”

On the subject of APA relief, he wrote of the Department of Justice:

“It has produced a capable, but mistaken, legal opinion that no additional process can cure. The proper remedy is to ‘set aside’ the 2018 OLC Opinion.”

As for injunctive relief, Barbadoro believed that it will not be necessary.

“I have no reason to believe that the Government will fail to respect my ruling that the Wire Act is limited to sports gambling. The judgment provides the Lottery Commission and NeoPollard complete relief. No more is needed.”

The lawyers will break down the ruling in the coming days and weeks.

“We are thrilled with today’s order from NH that has reaffirmed that the Wire Act applies only to sports betting and not mobile gaming. This order today means that states can continue to legalize online entertainment, including casino, lottery and poker. –@jifrah

For now, the essential takeaway is that the 2018 OLC decision delivered by the DOJ in November and published in January is set aside and cannot be enforced.

This means that the only legal interpretation of the Wire Act is the 2011 one that allowed states to make their own laws regarding online lotteries and gaming, including online poker. Under this interpretation, New Jersey, Nevada, and Delaware will continue their operations on an intrastate and interstate level, and Pennsylvania and West Virginia may proceed to launch their new online industries. In addition, all states with online lotteries can operate as usual.

As mentioned, it is very likely that Barr and the DOJ will appeal the decision. And if an appeals court upholds Barbadoro’s ruling, it will go to the US Supreme Court for consideration, as the DOJ is likely to continue pursuing its arguments as far as possible.

As of June 3, it is business as usual for online gaming in America under the Wire Act.

At the very least, today's Wire Act opinion should extend the DoJ's "temporary moratorium" on applying Section 1084(a) to state lotteries and their vendors for much longer than just 90 days. Appeals process could take at least one year, if not longer.

Judge Barbadoro just gave a golden gift to other state lotteries: they can now bring their own declaratory judgment lawsuits against the DoJ in other circuits fortified by the judge's ruling on both standing and the underlying merits. This is now the leading case on both issues.