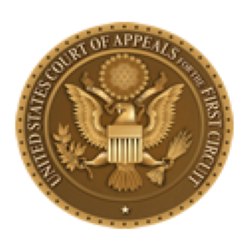 The Wire Act case took a giant leap on June 18, 2020. The United States Court of Appeals for the First Circuit heard oral arguments from attorneys representing the New Hampshire Lottery Commission and NeoPollard (plaintiffs and appellees) and those standing in for US Attorney General William Barr and the US Department of Justice (defendants and appellants).

Attorneys for each side were very limited in the time allotted to speak, to make their arguments and answer questions from the justices. Thus, the entire session wrapped in about 45 minutes.

Going Back Before Moving Ahead

Let’s do a quick timeline of the actions that led to the current case and its status.

All caught up? Good.

Memo Prior to Oral Arguments

As the DOJ’s Office of Legal Counsel has been wont to do, it issued a memo and filed a note with the US Court of Appeals just days before oral arguments were set to begin.

The memo of June 11 pushed the forbearance period for the new Wire Act directive out yet again. This time, US Deputy Attorney General Jeffrey Rosen extended that date from June 30 to December 1, 2020.

Additionally, the defendants’ counsel wrote to the court to notify of that extension. Even so, the attorney had to note that the extension doesn’t apply to the plaintiffs in the case “who continue to benefit from a separate, indefinite forbearance.” This referred to the April 2019 memo from the Deputy AG at that time.

We’ll get back to that.

The virtual courtroom brought several attorneys and justices together online for the oral arguments on the morning of June 18, 2020.

Jeffrey Eric Sandberg served as the attorney for the US, US DOJ, and AG Barr. Anthony Galdieri did the honors for the NH Lottery Commission, and Matthew McGill argued for NeoPollard.

The two sides of this case are rather simple but with complicated legal detail.

The plaintiffs filed the case originally because the 2018 OLC memo reversed the 2011 decision, essentially saying the Wire Act does not apply only to sports betting. The plaintiffs’ issue was that the new memo specifically did not name any industries that for which it might be applicable. Online poker? Not specified. Online casino games? Don’t know. Online lotteries and lottery transactions across state lines like Powerball? Hmmm.

so we'll go 2 full years w lotteries & interstate poker compacts supposedly vulnerable to Wire Act violation penalties, yet nothing will happen in all that time 🤔 https://t.co/8J9Ziw10Fu

Without being able to obtain a clear answer from the Justice Department, the New Hampshire Lottery Commission (NHLC) and its online platform provider, NeoPollard, filed the lawsuit.

The defendants – the DOJ, US Attorney William Barr, and the whole United States – responded by saying that they don’t plan to apply the memo to state lotteries. The OLC issued an April 2019 memo, just days before arguments were scheduled for the US District Court, to be more specific about state lotteries. However, the memo only muddied the waters by saying the following:

In that memo, the Deputy AG went on to say that if the DOJ decides the Wire Act does apply to state lotteries, they and their vendors will have 90 days to “conform their operations to federal law.”

This author’s non-legal and non-law-educated interpretation of the DOJ’s argument is this:

“We didn’t write the law about you. It doesn’t apply to you right now. It might in the future, but it doesn’t at this time, so you can’t sue us over it right now.”

The session with the US Court of Appeals panel started right on time and with Sandberg stating the DOJ’s argument. He said that there is no current threat to state lotteries or their vendors, and there won’t be until or unless the DOJ determines otherwise.

Judge Torruella tried to ask Sandberg several times if the DOJ can guarantee that the OLC memo will not be used against state lotteries in the future. Sandberg’s reply was that there is no determination to pursue enforcement against lotteries now. However, the DOJ could decide differently later, at which time the NHLC and NeoPollard could pursue a case.

Sandberg also made the point that the DOJ never prosecuted lotteries under the Wire Act prior to the 2011 opinion, so it wouldn’t make sense to do it now.

Judge Lynch questioned Sandberg about the 2018 OLC memo, asking why it was written in one way and then the April 2019 memo had to clarify its position on lotteries. She said it seemed like the DOJ said, “We didn’t mean what we said.” Sandberg replied that it is not a priority for the DOJ to prosecute lotteries.

Lynch made a point to note the millions of dollars invested in online lotteries since the 2011 memo, noting that the 2018 memo clearly threatened all of that revenue. Sandberg only replied that his clients take no position on state lotteries and their vendors and that the “parties in jeopardy” are not the plaintiffs.

Author interpretation: The parties in jeopardy are the online poker and casino game sites.

Judge Kayatta wondered if the 2018 memo should precipitate judicial review, to which Sandberg replied yes as it pertains to online poker. When Kayatta noted that the 2018 memo made no differentiation between lotteries and other forms of gambling, Sandberg responded, “We are not there yet.” He added that there is not enough proof to show that lotteries are under a credible threat of prosecution.

The DOJ continues to claim they have no intention to prosecute lotteries while holding the position that they haven't determined if lotteries fall under the new guidelines. Essentially, 'safe today, but who can say what tomorrow will bring?' 4/

In arguing for the NHLC, Galdieri spoke of the millions of dollars that New Hampshire’s lottery generates for education in the state and all of that being at risk because of the 2018 OLC memo. Not only does that memo reverse the 2011 opinion, but it exposes lotteries to criminal sanctions.

Judge Torruella asked if Galdieri understood the DOJ’s position, and he replied that he did not.

Judge Lynch noted that the April 2019 memo doesn’t give states much protection from the 2018 OLC opinion. She asked if NHLC realized that they’re asking for an interpretation that will also apply to other forms of online gambling. Galdieri responded that that was not a concern. He said that the NHLC is asking for a declaration and to limit the Wire Act’s applicability to sports betting only.

On behalf of NeoPollard, McGill argued that the OLC can interpret the Wire Act well enough and doesn’t need Congress to order relief as the DOJ had suggested. Most of his arguments reiterated those of Galdieri.

Judge Kayatta was the one with substantive questions for McGill, asking about the pertinence of the APA (Administrative Procedures Act), which governs the process of agencies making regulations. McGill responded that this is no ordinary OLC opinion, as it truly acts as a rule-making decision, as an edict published to publicly cancel out the 2011 opinion.

Our second listen through the Wire Act appeal turned up this little nugget we missed in real time, almost certainly making reference to Sheldon Adelson. pic.twitter.com/BA3o8DykMf

Sandberg gave a short rebuttal to the plaintiffs’ arguments by saying that the courts must rule only if there is a credible threat against the state, which he claims is not present in this case. He said the court should not force the DOJ to issue a final statement on this issue and that the OLC opinion is not a binding criminal statute.

The judges mentioned the issue of ripeness in several instances. Ripeness is the idea that a case needs litigation at the current time and not to prevent future actions that may or may not happen. The ultimate decision will need to consider that this case possesses that need for adjudication and that the danger to the lotteries is credible and more than likely.

All parties must now await a decision. The US Court of Appeals can take anywhere from two to six months to render a decision, though there is no specific timeline. Judges could render a cut-and-dry case more quickly or take longer to consider issues on a more in-depth level.

Today was oral argument in the 1st Circuit #WireAct case. The #DOJ was hammered on their argument that the case is not ripe for review. It seems unlikely that the court will reverse on that ground. Listen here: https://t.co/l88wMCet2Y