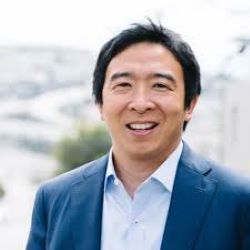 This year is a big one in American politics. A presidential election will take place on November 3, 2020

Several dozen Democratic candidates stepped up to the plate over the past year to run on the Democratic ticket against Republican incumbent President Donald Trump. As many failed to gain enough traction to remain in the race, the number of candidates whittled down to just 13 by January 10.

The start of 2020 brings a slew of caucuses and primaries that will ultimately determine the one Democrat that will be nominated to run against Trump. Action heats up in the following weeks as follows:

There are many, many issues on which the candidates must state opinions, provide plans, express support or opposition, and deliver statements. Online poker is typically not one of the issues at the top of the priority list, but it has become one brought up to candidates as they travel through some states with their campaigns.

Since Nevada is an early voting state and offers legal online poker, interviewers and voters have asked the candidates about their views on the subject.

And an article the Nevada Independent published this weekend breaks down some of those views important to poker players in America.

Nevada is a particularly important state in the evolution of the Democrats choosing their candidate as it offers the second caucus in the 2020 lineup. And it is little more than one month away.

US Senators Elizabeth Warren and Bernie Sanders have been campaigning in Nevada the longest, with US Senator Cory Booker also visiting frequently as his mother lives in the state. But former US Vice President Joe Biden maintains a lead in the polls, despite visiting spending little time in Nevada. However, Biden has the most political endorsements in Nevada and one of the largest operations.

Biden was only recently asked about his views on the Wire Act and the most recent interpretation of it. The issue has been growing in importance as it affects so many states and pits them via the New Hampshire Lottery Commission against the US Department of Justice and Attorney General William Barr. That case is now in the hands of the US Court of Appeals for the First Circuit.

Howard Stutz of CDC Gaming Reports obtained a statement form Biden saying that he does not support “adding unnecessary restrictions to the gaming industry like the Trump Administration has done.” Biden said he supports the 2011 Department of Justice ruling that the Wire Act applied only to sports betting.

The Nevada Independent spoke to Warren much earlier in 2019 about the issue of online gambling, and she was not as informed on the subject. She indicated that federal regulation is probably not required but putting gambling options online “presents a whole new set of challenges.” Her greatest concern was that online gambling could “undercut every protection that the state puts in place.”

Highlighting her misunderstanding of the subject, Warren also expressed concerns about underage gambling and problem gambling, asserting that those challenges have not yet been addressed. Alas, this is not true, per regulations laid out and practiced in Nevada, New Jersey, and Delaware for years.

Even so, Warren said she would want to hear more from “stakeholders” on the issue before saying more.

Sen. Elizabeth Warren told me that she's "uneasy" about the expansion of online gaming and committed to no funding for Yucca Mountain. Also asked whether the Barrick and Newmont joint gold mining venture raises anti-competitive concerns, she said it does. https://t.co/NljUBDLl1H

Sanders has declined to comment on the Justice Department’s opinion regarding the Wire Act or online poker or gambling.

The Nevada Independent reported that South Bend Mayor Pete Buttigieg from Indiana recently stepped up his operations in Nevada and has more offices there now than any other campaign. He has not yet been asked about his stance on internet gambling, online poker, or the Wire Act.

US Senator Cory Booker, on the other hand, has expressed support for online gambling and Megan Messerly of the Nevada Independent had the scoop. Since Booker hails from New Jersey, a state that has benefited from online poker and casino games for more than five years, he was aware of the issue and stated, “I support online gambling.”

Booker went further to express his frustration that the federal government was “doing things to inhibit the ability for gaming towns like Las Vegas and Atlantic City – and Reno – to conduct gambling in a safe and legal way.” He also said he disagreed with the recent Wire Act decision and said it not only jeopardizes the future of online gaming but that the federal government was purposefully trying to undermine an industry of significant importance to states like Nevada and New Jersey.

Ahead of his upcoming trip to Nevada next week as part of his 2020 presidential campaign, I talked with Sen. Cory Booker about the death penalty, legalizing marijuana, online gaming, Yucca Mountain and more. https://t.co/0bbChtZjMl

And Then There’s Yang

Businessman Andrew Yang has taken the poker world by storm.

After a private conversation with supporter and pro poker player Daniel Negreanu, Yang tweeted that online poker should be legal in all 50 states. It was the tweet that added many poker players firmly in the #YangGang, in addition to the many who were already there.

And when YouTuber Joey Ingram asked Yang to appear on his popular poker podcast to discuss online poker, Yang agree. It was another huge moment. And while that interview has yet to happen, Ingram has met with Yang. And Negreanu has spoken to him and his campaign on numerous occasions.

Just had a great call with @AndrewYang about online poker and more. He gets it.

He understands that people in the US are going to find a way to play, so it’s just common sense to regulate it and create tax revenue that states aren’t getting now.

Negreanu went so far as to attend fundraisers and even contribute to one at the Las Vegas Mosaic Theater in mid-December by hosting a poker tournament to raise money to support Yang’s campaign. He teamed up with Katie Kalvode and Lena Evans to host the tournament, to which players like Antonio Esfandiari, Jeff Madsen, and Dutch Boyd confirmed their participation. Tickets to the event ranged from $300 to $2,800 per person.

Yang’s support for online poker went rose to a new level when he dedicated a policy page to it on his campaign website.

The page mentions that tens of millions of Americans play online poker. States that have regulated it within their borders have taken in millions in tax dollars from poker along. He also states that the potential size of the US poker market in a regulated setting is $2.2 billion in the first year alone.

Yang’s position paper states that a regulated environment will be safer for players and help protect against money laundering, while tax revenue could be used to mitigate gambling harm.

Yang promises to use parts of the Internet Poker Act of 2010 as proposed by then-US Senate Majority Leader Harry Reid to devise a federal plan for online poker regulation. The goals are:

–Clarify Interstate Wire Act of 1961 and application to online poker

“The time has come for online poker,” the page reads, calling its regulation a “no-brainer.”

Yang then writes, “As President, I will regulate online poker across all 50 states and territories and allocate up to 50% of tax revenue from online poker to mitigate online gambling addiction by funding research toward prevention, awareness campaigns, and treatment programs.”