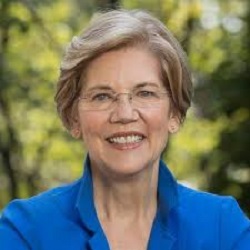 Every four years in the United States, its citizens vote for a president. One might think that citizens would then be faced with campaign advertisements for a few months – maybe a year – before the election. But since there is no limit to the amount of time a person can campaign for the office, Americans are bombarded with presidential candidates for at least two years of every four-year term.

As of late 2018, campaign season did begin for the 2020 election. Names of potential candidates were bandied about before that time, but people like US Senator Elizabeth Warren were committed to the process early.

Warren did announce her exploratory committee in late December 2018, and she formally entered the presidential race in early February 2019. She has already campaigned in numerous states and tackled a wide range of issues in speaking with potential voters.

Having already been to Las Vegas in February, Warren headed to Reno, Nevada, on April 6 for a campaign rally. And as should have been expected, gambling was on the agenda.

Prior to the rally, held for about 500 supporters in a Reno high school gym, the Nevada Independent spoke to Warren about several issues, including online gaming.

ICYMI: Presidential candidate @ewarren tells @TheNVIndy she is 'uneasy' over expansion of online gaming. Also 'no funding' for Yucca Mountainhttps://t.co/vFZ1FwsfWx via @meganmesserly

Warren said that more federal regulation of gaming is not necessarily required, but online gaming “presents a whole new set of challenges.” She didn’t commit to an online gaming ban, but she did note, “Online can completely undercut every protection that the state puts in place, and that’s my concern.”

Highlighting the differences between online and land-based gambling, Warren said, “Site-based gambling as a part of the vacation, as part of the destination, is a very different thing from online, and getting the appropriate restrictions in place so that children don’t have access, so that people who have problems with gambling don’t have access, are challenges that haven’t yet been addressed.”

When asked about the recent Wire Act decision made at the behest of casino magnate Sheldon Adelson, she did not say that she agreed or particularly disagreed with it.

Finally, according to Nevada Independent interviewer Megan Messerly, “Warren said she wants to hear more from stakeholders on the issue first.”

Sen. Elizabeth Warren told me that she's "uneasy" about the expansion of online gaming and committed to no funding for Yucca Mountain. Also asked whether the Barrick and Newmont joint gold mining venture raises anti-competitive concerns, she said it does. https://t.co/NljUBDLl1H

Admittedly, online poker and casino games are not usually at the top of the list of urgent topics to be addressed by presidential candidates. Most forms of gambling tend to be low on the agenda these days, as they probably should be.

However, Senator Warren might want to call some members of the Massachusetts Gaming Commission, many of whom have supported legal online gaming for years. A 2017 study by that commission detailed the best trajectory for legalized online gaming in Massachusetts in the coming years.

Members of the Massachusetts state legislature have been discussing bills to do just that in recent years. State Senator Eileen Donoghue put forth a comprehensive bill in 2018 to legalize online gaming, as well as daily fantasy sports contests and sports betting. And just this year, State Rep. Bradford Hill introduced HB.377 to “regulate online gaming, daily fantasy, and online sports betting.”

Many lawmakers and officials in Massachusetts have been following the progress of New Jersey and Delaware for years, seeing the revenue boosts and the protections that have kept their forms of online gaming firmly within their respective state boundaries and out of the purview of children. And New Jersey recently eclipsed the $1 billion revenue mark from internet gaming, which likely caught the eyes of many in surrounding states.

Pennsylvania is preparing to launch its online gaming sites in 2019 after having legalized them in 2017. And West Virginia just passed a law to legalize online gaming and hopes to introduce its sites in 2020.

Connecticut, Michigan, and Illinois are among the states considering the same actions. Oh, and Massachusetts is doing the same.

If Warren reaches out to the slightest bit of research on the topic, she might find that online gaming is supported by studies and recent history…and by many in her own state.