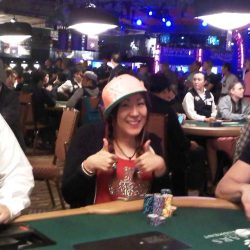 (Trigger warning: mention of and links to articles discussing sexual assault and murder)

After many hearings and investigations, forensics and testimony, and much work on the part of the Oakland County prosecutors, there is now a trial date. Jeffery Bernard Morris will face charges of first-degree premeditated murder and felony murder in the death of Susie Zhao on September 7, 2021.

The prosecutors representing the People of the State of Michigan are still putting together a witness list from dozens of names and preparing for the trial. From prior public hearings, the team seems to have organized a comprehensive case. Even so, it will be important to connect all of the evidence and put it together for a jury to understand.

And it will all come together to prosecute Morris, beginning with the start of the trial on September 7.

A Road to Justice

Susie Zhao was a daughter and friend. Many in the poker community knew her as Susie Q, a friend and pro poker player.

A horrific crime perpetrated upon Zhao, soon after she turned 33 last year, shocked all who knew her and many beyond that circle of family and friends. Since then, there has been a lot of focus on finding some sort of justice. This is a short reminder of the major points on this timeline:

–The poker community mourned the loss of a beloved player, while details remained scarce.

–Authorities release the identity of the suspect and more details about Zhao’s murder, which was committed in the early morning hours of July 13, 2020.

–Judge binds Morris case over for trial after probable cause hearing in September.

–Prosecutors proved the viability of a second murder charge against Morris in a March 8 hearing, which delays the trial start.

It was important that the prosecution prove the introduction of the second charge against the alleged perpetrator, Jeffery Bernard Morris. He now faces a charge of murder in the first degree (premeditated homicide) and a charge of felony murder (homicide while in the perpetration of criminal sexual conduct).

The team of attorneys working with Oakland County Prosecutor Jessica Cooper will seek a sentence of life without parole for each charge.

Delays Due to Covid

Things have moved somewhat slowly in this case due to the pursuit of evidence and the forensics testing necessary. Another reason, however, has been the pandemic. The court has been closed to the public, and there were no trials in Michigan in 2020 after the shutdowns.

Delays seem to be mostly resolved at this point. Morris entered his plea of not guilty on March 12, and there were some brief hearings over the past week. Judge Martha Anderson issued her final pretrial order.

The prosecution and defense must submit complete witness lists, any recorded statements or reports by witnesses, evidence and police reports for the prosecution, and any criminal records to be introduced at trial – all at least 14 days prior to the trial. Any pretrial motions must be submitted to the court no later than June 18.

The final pretrial hearing is scheduled for August 12, 2021.