How Wrong were 2018 Predictions for US Online Poker? 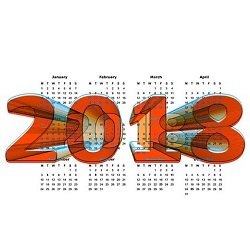 At the end of 2017, I posted a list of states that were most likely to legalize online poker in the new US market in 2018, as well as a list of those that were long shots but had a chance to make some progress toward the ultimate goal.

All I know is that my career as a fortune teller will never get off the ground.

Let’s dive right in to examine all of the ways I was wrong. Sigh.

The state I predicted was most likely to legalize online poker was Michigan, and it happened. It was a nail-biting situation, however, as the legislature didn’t take action on the bill until the very last day of the session, December 20.

But then outgoing Governor Rick Snyder snatched away that victory and left online gambling back at square one for the new year.

Michigan State Representative Brandt Iden was positive about the prospects of his Lawful Internet Gaming Act throughout the year, especially after HB.4926 passed the House in June. He had worked hard to ensure that the tribal and commercial casinos were satisfied with the bill in as many ways as possible, and he pushed forward. And finally, late into the night of the last day of work for the year, fellow online gambling supporter State Senator Mike Kowall took the bill to the Senate floor and found the necessary support there to pass it.

The bill then awaited the signature of Governor Rick Snyder, but he chose to veto the bill because of his concerns about online gambling’s possible effects on land-based casino revenue, in addition to his feeling that there should be more study done about its potential harms and benefits. What Snyder neglected to do was to speak with Iden and Kowall to obtain data and to look at New Jersey’s incredible success with online gambling in its five years of operations.

Regardless, Iden must begin again in 2019.

Third on my list of most-likely states to legalize online poker in 2018 was Illinois, and much progress was made through the year. Most significantly, State Representative Robert Rita hosted two hearings to discuss a variety of gambling expansion opportunities that were included in SB.0007. The August hearing failed to focus on internet poker and casino games, and the October hearing focused primarily on sports betting. However, the result of the conversations through the year prompted Rita and sports betting advocate Representative Lou Lang to work toward a new, more comprehensive bill.

The most frustrating state to watch was New York. State Senator John Bonacic was serving his last year in the state legislature and wanted success for online poker, something he was able to pass in the Senate several years running. But his cohort in the Assembly wasn’t on the same page. Assemblyman J. Gary Pretlow, even with the help of fellow Assemblyman Clyde Vanel, failed to take the dozens of supporters of the bill into a vote. Bonacic knew that a failure to move forward in the House made his bill useless, so he didn’t push for a vote this year.

State Delegate Shawn Fluharty seemed very excited in 2017 to follow Pennsylvania into the online gambling space, but his passion for the project waned with little support from fellow lawmakers. West Virginia did nothing to move toward becoming a legal state for online poker and casino games.

These predictions last year were admittedly far-fetched ones, and most of them lived up to that description. Hawaii and Maryland made no attempts to pretend they were interested in legalized online gaming, and California did nothing to change its trend of disappointing poker players in the state for the 12th year running.

Massachusetts did make some moves toward online gaming, with State Senator Eileen Donoghue introducing a bill to legalize online poker, casino games, daily fantasy sports, and sports betting. The bill was amended midway through the year and proposed for a study in June. That study bill was sent to the Joint Committee on Rules but made no progress from there.

Connecticut was also surprise mover, with the states’ two largest tribal casino operators stepping up in support of legalized online gambling. Foxwoods and Mohegan Sun casinos issued statements of support, which partnered well with a group of legislators that considered attaching online gambling to a sports betting bill for passage. In the end, it didn’t happen, but the support may prove helpful going forward.

Even longer long shots mentioned last year were Ohio, Vermont, and Rhode Island, but none of those states even touched the topic of online poker.