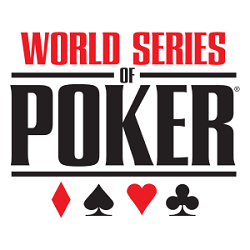 The pieces of the World Series of Poker puzzle are coming together. This week, Seth Palansky announced another 12 gold-bracelet tournaments added to the ever-growing schedule for this summer. Combined with the 45 that had already been announced, it puts the total at 57 events.

(The announcement noted 17 new events, but it turns out that five of those tournaments were included in the previous announcement. Thus, only 12 new events were added to the schedule this week.)

The incremental rollout of the 2020 WSOP has kept players interested and the excitement growing. The start of the series may be four months away, but the consistent release of information keeps it in the news and fresh in the minds of poker players.

In the latest reveal, there are more Freezeout No Limit Hold’em events, a Mystery Bounty tournament, and some high-stakes buy-ins topped off by the $250K Super High Roller.

The list of newly-revealed tournaments actually contains some events that were on the schedule from the Value Menu announcement.

Here is a list of only the 12 events just announced this week:

The Mystery Bounty No Limit Hold’em event on the list offers an impressive starting stack for only a $1,500 buy-in. It will operate as a normal bounty tournament in some respects, with a portion of the buy-ins going toward bounties. The difference from other bounty events is that not all bounties will offer the same value.

Every player will have a bounty on his or her head, to be awarded when to the player who eliminates him or her. And most of those bounties will be worth $100 each. The kicker is that 100 bounties will be worth anywhere from $2,500 to $250,000, at least one being the latter. These will be assigned randomly. And the tournament guarantees that there will be at least $1 million in mystery bounties alone.

The Super High Roller event is also a new one this year. Last year, the High Rollers topped out at $50K buy-ins. This year, the high-stakes players will be able to compete for a bracelet at the $250K buy-in levels. It will be the highest buy-in of the WSOP summer.

The Heads-Up NLHE this year also boasts of a higher buy-in, raised from $10K last year to $25K this year. The tournament will be capped at 64 players, so pre-registration is encouraged.

WSOP Vice President Jack Effel noted, “New events are always a result of player input, and we’re thankful to have received many great suggestions this year. The 2020 WSOP is chock-full of new events, new price points, and a little mystery sure to resonate with poker players everywhere. We can’t wait to open our doors in four short months to get things started.”

It's never too early to secure a hotel room for the #wsop2020. Use booking code "WSOP20" to guarantee the lowest rates at @CaesarsEnt properties around town.https://t.co/mAUHL1WaDP pic.twitter.com/ppdxwnEJFp