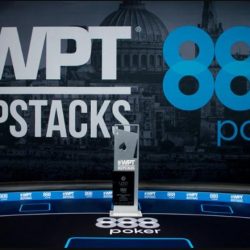 It seems that 2021 will be a year of surprises for World Poker Tour fans. Little more than two months into the new year, we found out that Element Partners is buying the World Poker Tour, the WPT’s main tour is resuming live tournaments at various locations, and it is expanding its online poker offerings expand from PartyPoker to Poker King and 888poker.

After the World Poker Tour had to stop live poker tournaments due to the coronavirus pandemic in March 2020, it almost immediately prepared a series of online poker tournaments in partnership with PartyPoker. It seemed like a natural collaboration, as they had worked together many times for live events. That WPT Online Series by PartyPoker was a success, offering 94 tournaments in less than a month and awarding more than $52M.

There were numerous other WPT series on PartyPoker throughout the year, including with Borgata and PartyPoker in the segregated New Jersey market.

The true repercussions of that deal remain unknown. The WPT had put a lot of work into customizing the HyperX Esports Arena Las Vegas for its final tables and other events, which likely will not resume. Other than that, the future of the WPT remained in question. The deal was supposed to close in early February, but everyone still awaits word of next steps.

Meanwhile, the WPT was hosting its WPT Montreal online poker festival on PartyPoker. And the WPT headed to Casino Sochi for its WPT Russia live festival in partnership with PartyPoker LIVE.

Poker King, a relatively new online poker site catering to the Asian market, planned to run the February online tournament series with 13 events and more than $1.85M in guarantees. The site is best known for its ambassadors: Phil Ivey and Tom Dwan. The series had a tough time attracting enough players to meet the guarantees, but what’s done is done.

Watch the replay of the final table on Twitch 🎥

More with PartyPoker in March

One of the most recent announcements from the World Poker Tour pertained to its WPT500 series. Actually, the WPT only announced it on social media, but PartyPoker put all the information on its blog.

The WPT500 series will run from Sunday, March 7 to Tuesday, March 23. Across the schedule of 25 events (some with more than one buy-in level), two of them will guarantee $1M prize pools each. Buy-ins range from $55 to $5,200 and feature everything from No Limit Hold’em to Omaha, knockouts to mix-max, and, of course, PKOs (progressive knockouts).

In total, the WPT and PartyPoker offer more than $4M in guarantees.

See you on partypoker! pic.twitter.com/vpQZxiJwVV

Why not? In a new partnership, the World Poker Tour announced WPTDeepStacks will offer three series in conjunction with 888poker in April.

The three series will run concurrently from April 18-26 in three different markets: London, Portugal/Spain, and Italy. The WPT reported that the series will be “synced.” Each of the three will offer 16 events with a wide range of buy-ins and more than $3M guaranteed across all events. The triple series will award WPTDS trophies to 48 players.

WPTDS London Online will guarantee more than $2M in guarantees, with $1M of it saved for the Main Event alone. That $1,050 buy0in Main Event will offer numerous flights from April 18-25 and play to a winner on April 26.

WPTDS Iberia Online will aim for a smaller market and offer €400K in guarantees. Its Main Event will cost €125 to get in, offer just one starting flight on April 25, and guarantee €150K.

And the WPTDS Italy Online will spread €350K in guarantees across its series. The €125 buy-in Main Event will have one starting flight on April 25 and a €150K guarantee, too.

888 Holdings has launched @888poker in Italy, ahead of the introduction of European cross-border liquidity pooling. The new 888poker.it features a range of poker variants, suitable to players of all levels on all platforms. pic.twitter.com/yhxxjqDhiM

888poker and the WPT will arrange livestreaming of the action for four days featuring Matt Savage, David Tuchman, and Nick Wealthall as commentators.

The schedule and dates for streaming are not publicly available yet.

888 SVP and Head of B2C Guy Cohen added, “As part of our ‘Made to Play’ approach, players will enjoy the experience of playing our best-in-class product along with affordable buy-ins and big guarantees to enjoy the highest level of online poker offering.”