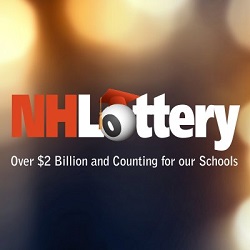 The Wire Act case took a step forward this week when the plaintiffs filed their briefs with the US Court of Appeals for the First Circuit. The New Hampshire Lottery Commission (NHLC) filed its brief with the court, as did NeoPollard Interactive LLC and Pollard Banknote, the appellees that serve as the software providers for the NHLC’s online lottery business.

As happens in these situations, the process has moved rather slowly.

With this step completed, however, there is only one step before the case is put into the hands of the US Court of Appeals. That step is a final response from the US Department of Justice, which is due 21 days from the date of the plaintiffs’ filings. The due date is now set for mid-March for the last brief.

The exact meaning of the 1961 Wire Act didn’t become a contentious issue until the 2011 Justice Department under the Obama Administration took a closer look at it and its meaning. Its Office of Legal Counsel then determined what was long assumed, that the Wire Act pertained to only sports betting, not to online lotteries or internet gaming.

–November 12: 2019: DOJ and Barr brief due in First Circuit but granted extension

–January 19, 2020: New Hampshire and NeoPollard brief due in First Circuit but granted extension

As scheduled, the NHLC and NeoPollard each filed briefs on February 26. Both were relatively similar in nature, stating their cases for upholding the US District Court decision in their favor.

The New Hampshire Lottery has just filed a 90-page brief in the Wire Act case now pending in the U.S. Court of Appeals for the First Circuit. First two arguments excerpted below: pic.twitter.com/A5R7NGGGVW

Both briefs explained in detail why the original case was justified and why the US District Court decision correctly concluded that the Wire Act pertains solely to sports betting. They each broke down the Wire Act into its separate clauses, explaining that each of them individually applies to sports betting only, as they do as a whole statute.

They also detailed the reasons that subsequent notices by the DOJ after its Wire Act reversal decision did nothing to allay fears of prosecution under that new decision.

The NHLC made clear that the “dire operational, compliance, and criminal consequences” of the DOJ’s 2018/2019 decision made it necessary to file the original lawsuit.

The summary of its argument focused on the NHLC’s standing to maintain the action, and nothing about the DOJ’s subsequent attempts at clarification of the new Wire Act interpretation gave them any reason to assume that their online lottery business was safe from prosecution. They maintained that the interpretation posed an “impending, credible, and substantial risk” to the NHLC and its operations, not to mention the revenue and the public education and state budget problems it addresses.

“The NHLC operates a multi-million-dollar lottery business that uses the interstate wires to facilitate the placing and payout of bets or wagers, including the sale and payout of lottery tickets online. It relied on the 2011 Opinion to structure its operations.”

And in its conclusion, the NHLC maintained its standing to file the suit and that the US District Court’s decision should be affirmed.

The co-plaintiffs in this case argue many of the same points, but NeoPollard begins with its own assertion that oral arguments should be heard in the appeal. NeoPollard stated:

“This appeal presents an important question of statutory interpretation that implicates billions of dollars in state revenue – in New Hampshire and across the United States – and that threatens to destabilize an entire industry that has flourished in the past decade. Oral argument would aid the court in resolving the legal questions raised here.”

The summary of NeoPollard’s argument states that its declaratory-judgment claim is justiciable, and that the 2018 DOJ opinion presents a “realistic” threat of prosecution. In fact, it says that courts have held that “’the existence of a statute’ alone ‘implies a threat to prosecute.’”

Ultimately, the document reads, the 2018 DOJ opinion “must be set aside if it is ‘not in accordance with law.’” And NeoPollard believes the DOJ opinion is “contrary to the law, and the district court therefore was correct to vacate the opinion.”

With the plaintiffs’ briefs filed, the defendants – US Department of Justice, US Attorney General William Barr, and the United States – must file a reply within 21 days. Depending upon the reading of the calendar, this puts the due date at March 18 or 19, 2020.

The three judges will then decide if they will hear oral arguments in the case or simply issue a ruling.