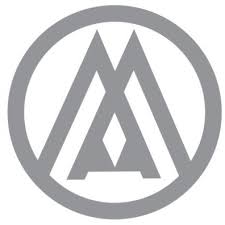 The news just keeps coming out of Pennsylvania. Poker fans waited for a very long time for good news about online poker, and they now have it in spades.

PokerStars became the first online poker operator to open in the new regulated market of Pennsylvania when it entered into a soft launch last week. And after just two days of testing, the Pennsylvania Gaming Control Board issued its approval for a full launch.

Players flocked to the site in significant numbers, so many that PokerStars PA quickly garnered more traffic than its sister site in New Jersey.

With that, PokerStars had more up its sleeve. The Stars Group partnered with Mount Airy Casino – its online gambling partner – to open a new space in the casino dedicated to live poker and sports betting.

All the while, PokerStars is planning to integrate Twitch features into its Pennsylvania site with the hopes of finishing in the first half of 2020.

Many Months in the Works

The first story emerged in June of this year. As players waited for online poker operators like PokerStars to launch their poker sites in the new regulated Pennsylvania market, a different type of poker story came out of the Keystone State.

The Pennsylvania Gaming Control Board announced something that was swept under the rug but for a keen eye on the press releases. A new poker room and sportsbook were in the works for Mount Airy Casino Resort, which was PokerStars’ land-based casino partner in Pennsylvania.

FOX Bet, which was the new US-based entity operating for The Stars Group (PokerStars’ parent company), was working with Mount Airy to create a new space in the casino that would complement its eventual online offerings.

In addition to a revamped Convention Center at Mount Airy, the space that had been Gypsies Lounge was set to be transformed into a new 7,000-foot poker room and sports book.

If you or someone you know has a gambling problem, help is available. Call 1-800-GAMBLER pic.twitter.com/C4U2yv9AJn

Ideal Space for The Stars Group

The poker room was an obvious choice. It looked to offer 12 poker tables with many televisions on the walls to watch sports, and it would be easily accessible through several entrances. And, of course, it would be attached to the sportsbook.

On an upper level adjacent to the poker room, the sportsbook was to be approximately 3,800 square feet of non-smoking space.

It made sense that The Stars Group would want to have its name on the poker room and sports book, but why the convention center? Think about live poker tournament space.

Toward the end of October, the poker and sportsbook area opened quietly as a soft launch. The area was new and ready for business.

According to the PA Homepage, players exploring the space were pleased. Mount Airy Casino CEO Todd Greenberg noted, “It is just a great cross-promotional space. I know a lot of people who play cards also like to bet sports.”

The official grand opening was set for last weekend on November 9. It was revealed to have 40 televisions in the sportsbook and room for 75 guests at a time.

The hours of sports book operation will be Monday through Friday from 2pm to 10pm, and weekend hours will be 10am to midnight on Saturdays and Sundays.

Greenberg told the Pocono Record, “We are just so excited that we were able to add this sportsbook; we really just want to say to people, ‘Don’t feel intimidated. Just come over and have a good time. We want to welcome you, like family into our living room to watch and bet on your favorite games.”

Thank you to everyone who joined us for the grand opening celebration of our sports book yesterday! Stop by and place your bets today. #ExtraordinAIRY #mountairycasino #sportsbetting #PA

If you or someone you know has a gambling problem, help is available. Call 1-800-GAMBLER. pic.twitter.com/81QSZssAEI

PokerStars may have only been online for less than two weeks in Pennsylvania, but the company is already working on an expansion of sorts.

During the same week as the launch of the poker site, PokerStars representative Rebecca McAdam told Online Poker Report that they were already working on in-client Twitch integration.

The partnership with Twitch is not new, but the integration is something that was just revealed last month. It will ultimately link players’ PokerStars accounts and Twitch, so players will be able to receive prizes and awards for linking. It will provide a much easier crossover for players and their livestreams.

McAdam told OPR that this feature is expected to be life in the first half of 2020 for Pennsylvania and New Jersey players.

PokerStars is already seeing more players on its Pennsylvania site than its New Jersey one, so investments in the PA market are likely a market focus.

👀 Read all about PokerStars & Twitch integration 👀

"Integrating PokerStars further with Twitch is just another step of a long list of plans & ideas we plan on testing with the aim of players getting even more from their time with us," Stars told us. https://t.co/uImPnD4gjH