The Stars Group Launches FOX Bet in NJ and PA 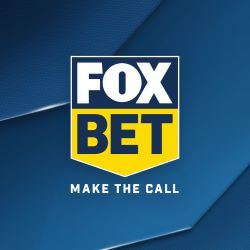 The Stars Group has been hard at work preparing for the launch of its brand in Pennsylvania’s online gaming market.

In partnership with Mount Airy Casino, PokerStars’ parent company is licensed to offer online casino games, online poker, and an online sportsbook. The Stars Group has yet to set launch dates for the first two o those three offerings, but the sportsbook is now live.

The online sports wagering platform is not under the recognizable BetStars brand, though. The site is FOX Bet, a result of the partnership announced several months ago between The Stars Group and FOX Sports in the US market.

FOX Bet launched this week in the new Pennsylvania market. And it rebranded the BetStars offerings in New Jersey as well.

The first press release from The Stars Group came on Tuesday, September 3, to announce FOX Bet’s launch in New Jersey.

Our @FOXBet office in NJ has completed its re-fit.

Safe to say we are looking forward to launch! pic.twitter.com/TiY5qgW34p

Players in New Jersey will be able to place real-money wagers on the outcomes of sporting events like football, baseball, hockey, and soccer. Players can visit the online site or download the app for iOS and Android devices.

The benefit of using FOX Bet is having immediate access to FOX Sports content, such as instant scores, stats, alerts, and odds updates. There are also numerous promotions and newly-revealed custom bets to make betting easier.

FOX Bet CEO Robin Chhabra called it a “game changer.” She said, “FOX Bet combines decades of expertise in content-rich programming and regulated online gaming to drive a superior, integrated and interactive live viewing experience for our customers found nowhere else in the United States.”

FOX Bet has officially soft launched in Pennsylvania. Download the new app now and receive $20 FREE CASH just in time for the start of football season. We'll also match your first deposit up to $100! #MakeTheCall pic.twitter.com/eYaD2AvWSk

The same bells and whistles applied as in New Jersey, with betting available on mobile or desktop on national and international sporting events. FOX Sports will provide content and information for bettors, complete with stats and scores, news and odds updates.

Chhabra commented, “Pennsylvania has access to one of the world’s premier regulated sports wagering experiences. … We’re bringing fans closer to the games they love by making our platform more fun and engaging than any other out there.”

The Stars Group and FOX Sports made the announcement on May 8. The two entities signed a national media and sports wagering partnership in the US market. It would offer online and mobile sports betting products in regulated states.

The partnership had two components. FOX Bet was the obvious one, which was just launched in New Jersey and Pennsylvania. The other is a free-play game.

The free-play game has yet to be released but will allow players to predict the outcome of sporting events, much as with real-money sports betting. The difference is that they will wager no money but will be eligible to win cash prizes.

The Stars Group now has an exclusive license to use FOX Sports trademarks in advertising and marketing. And FOX Sports will receive fees from the brand license, integration, and affiliates.

The best in sports betting is now here, with @FoxBet!

And with college football and the NFL back, we agree with our @ColinCowherd!

Did You Forget Something?

The FOX Bet launches are a big deal. It marks a significant merging of mainstream sports in the US with The Stars Group, which has been itching to regain its status in the US market in some way.

When PokerStars was booted from the US – and executives indicted and funds seized – in April of 2011, better known to the online poker community as Black Friday, it hurt. The company had to fight to regain its customer base, not to mention its reputation. And the US market was the biggest challenge.

PokerStars did reenter the US in New Jersey. It was not easy, but the company proved itself worthy of a license in a regulated state. And after several years of good standing in New Jersey, PokerStars as a part of The Stars Group was approved for a Pennsylvania license as well.

Online poker players hoped this would signal serious efforts to bring online poker back to US residents in a big way.

Years later, this has not panned out.

And Pennsylvania players have been waiting two years for online poker to launch in their state. It has been nearly two years since the law passed.

Go-ahead given by @PAGamingControl for @PokerStars in Pennsylvania, clearing the way for online poker and casino games. Could the sites launch in early 2019? https://t.co/AyikK5IeGJ

There has been no word as to the launch date of the PokerStars-affiliated online casino, despite three other sites launching in Pennsylvania nearly two months ago.

And PokerStars has successfully dodged media questions regarding a firm launch date for its online poker site in that same state-regulated market.

Hi Joe, at the moment we’re still working with our partners and the authorities to finalize plans and bring our leading brands to PA’s players. We can't comment on any exact dates just yet, but rest assured we’ll be in touch with more details as soon as they’re available.

Sports betting is likely to be the most lucrative of The Stars Group’s three wagering platforms in Pennsylvania. From a business standpoint, it makes sense to focus on FOX Bet.

However, all poker players are not pleased. PokerStars was the basis upon which The Stars Group built and expanded, but the online poker sector of the company does not seem to be a priority in the still-burgeoning new US online gaming market.