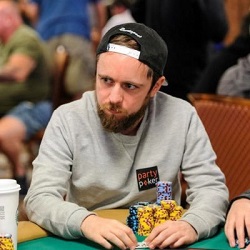 The race is on. PokerStars may currently dominate the global online poker market, but PartyPoker is making big plays to increase its standing.

Over the past month, the two sites have made numerous announcements. Most recently, PokerStars introduced Split Hold’em, expanded the Seat Me system to more markets, and rolled out early payments for tournaments. PartyPoker has been adding new poker pros to its roster for months, recently updated its Mac client, and added former Team PokerStars Pro Bertrand “ElkY” Grospellier to its team as an ambassador for the new shared European online poker market.

PartyPoker had yet another announcement, this one with the added bonus of being a change implemented as a result of player input and the lobbying effort of one of its team pros. And added to that, its PartyPoker LIVE events now have a special currency that will make the satellite process easier.

Poker players are not typically shy about voicing opinions regarding rake, structures, and rules. Often, the criticism is heard but ignored or pushed to the side for a later discussion. But sometimes, the operator listens and actually takes action and makes the change.

This is what happened when players complained about PartyPoker taking rake from bounties in progressive knockout tournaments. PKOs, as they’re known, are becoming more common, especially in tournament series like the upcoming Powerfest. PKOs are different than standard bounty tournaments, as a PKO player who knocks out another receives only a portion of the bounty, with the remainder added to that person’s bounty. Thus, the bounties become progressively more lucrative.

Enough players were concerned about the rake on the bounties that they petitioned PartyPoker and longtime PartyPoker ambassador and poker pro Patrick Leonard. He not only agreed with them but took their collective complaint to decisionmakers at the company.

"After reviewing feedback from the poker community and lobbying from Patrick Leonard, we will remove rake on the bounty element on all our PKO MTTs with effect from Sunday 6th May", says @tom_waters. https://t.co/S39qrCDNoL pic.twitter.com/ikbMT0mhdw

The result was an announcement from Managing Director Tom Waters that the rake will be removed from PKO MTTs beginning on May 6, the first day of the upcoming Powerfest series. The new rake rule will be in effect for a minimum of six months in order to evaluate the results, but Waters stated that the intention is for the change to be permanent. “We have over 350 PKO MTTs per week with guarantees of over $4 million,” he wrote, “so clearly we will need players continued support to remain competitive revenue wise with other online poker sites.”

Waters noted that the reduced rake comes to 40% to 60% for bounty MTTs, and the value of the bounties in those PKOs will increase by 4% to 12%.

As for Leonard, he has been expressing his gratitude to PartyPoker for listening and making the change. He wrote in a post on Two Plus Two, “I lobbied very hard with the team at PartyPoker, explained all sides, the pros, the cons (it’s v expensive!!) and showed from a players point of view that this isn’t fair and I would certainly not feel comfortable representing a company that agreed with what I said but wouldn’t change it.” He ended his post with the following: “Today I am very proud to say I represent PartyPoker.”

PLEASE READ my mini blog post about the new change to rake on partypoker. I believe this is the most positive change in the industry for years. RETWEET, tell your Mother, wake up the neighbours. This is a very, very important day.https://t.co/0DQvrttHIz https://t.co/ufhPJn7p6u

Earlier in the month, PartyPoker made another announcement that will help players who win online satellites to the PartyPoker LIVE tournaments around the globe.

The site launched PartyPoker LIVE $$$ (PPL$$$), a way for players to use money they win in satellites for tournament buy-ins but also travel and expenses as they make their way to the location of the events. The new system began on April 8 with daily promotional satellites at the $5.50 and $55 levels, as well as $530 finals three times per week. The only requirement is that any PPL$$$ is spent within 12 months of receiving it.

In addition, there will be a leaderboard that runs through April 2019, whereby the top 100 finishers will receive portions of $1 million worth of PPL$$$, with the very top finisher receiving an additional $100K for use during the 2019-2020 LIVE season.

PartyPoker LIVE President John Duthie reiterated the need for the PPL$$$ to give players some flexibility. “We spent a lot of last year listening to players and one of the most common gripes about the online to LIVE satellite route has always been getting locked into specific events when circumstances may change. Enter PPL$$$.”