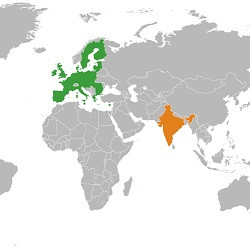 The world of online poker has been evolving from one global market to numerous segregated zones, whether by country, continent, or beneficial legal partnership. With that transformation came a new age for the online poker pro. The nature of most sponsorships has changed, putting more emphasis on unique qualifications, such as Twitch audiences and national representation.

The two newest signings in the online poker world are quite similar in that each of the pros obtained their sponsorship deals in order to represent new(ish) markets and help bridge any gaps between players and operators. Both PartyPoker and PokerStars have signed very different names but for similar reasons.

ElkY Returns with a New Logo

Bertrand “ElkY” Grospellier spent more than a decade as a Team PokerStars Pro. His departure from the longtime partnership in January 2018 was not only surprising but not necessarily on the best of terms. ElkY noted that the role of the pro in PokerStars’ world had changed over the years, and he was not keen on simply wearing the logo. “I want to bring added value and be consulted for strategic decisions as I used to be,” he wrote.

He then hinted at a “new and very exciting challenge” that only came to light last week.

He joins a team of ambassadors that already includes some of the biggest names in poker like Fedor Holz and Mike Sexton, Isaac Haxton and Sam Trickett, Jason Koon and Padraig Parkinson, Kristen Bicknell and Marcel Luske. Boris Becker also highlights a team that is quite diverse and representative of many nations around the world.

However, ElkY is no walking logo, though he did don his first PartyPoker patch in Barcelona at the MILLIONS Grand Final last week. He is an integral part of the new online poker shared liquidity project in Europe. According to the announcement, he will help with the launch of the initial shared site, PartyPoker.eu, which joins the French and Spanish sites, and he will serve as a liaison between the company and its customers.

The shared liquidity in Europe is a complicated move in the eyes of some players, as players in countries like France and Spain have seen their beloved poker sites go from global player pools to ring-fenced markets to shared liquidity. ElkY will serve as one of the key members of the team that will not only communicate with players but take their concerns and questions back to PartyPoker.

This is why i came, thank you @partypoker ♦️ for thinking about the players and enhancing the experience for everyone ! Absolutely love ❤ it ! https://t.co/Ix79DkHI8T

While PokerStars has cut ties with some of its biggest names in the past few months, there was a plan in place. As the largest online poker operator in the world shifts its focus to new and emerging markets, the sponsored pros must help usher in the new audiences.

The 27-year-old female poker pro joined PokerStars as its newest ambassador and only its second in the new Indian market. She will represent PokerStars alongside Aditya Agarwal as it launches its dot-IN online poker site this week. The New Delhi native and Delhi University graduate is a globe-trotting poker pro who put her journalism and other interests on hold to travel the world for poker. But now that India’s poker market is undergoing significant change, it presented an opportunity for Sethi.

PokerStars has been working with legal teams and government representatives in various markets to adapt to new laws. For India, it means removing players in that country from the dot-com global site and launching a new site with an IN suffix that will be segregated for Indian players only. The move is happening this week and may be a confusing and disheartening one for many players there, but Sethi’s role as ambassador will allow her to facilitate communications between PokerStars and its players.

Sethi seems to have the experience, background, and passion for the game that will serve her and PokerStars well in her new role.