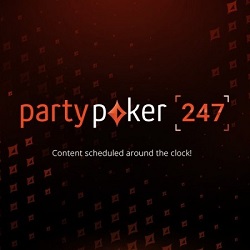 Most people following PartyPoker and the recent news from the online poker operator are not surprised by the two latest announcements. Both make sense from a business perspective and are good public relations moves.

In recent weeks, PartyPoker has put together a team of poker players focused on Twitch streaming, all of whom bring unique qualities and personalities. Team Online added one player at a time until the roster hit 10, and that seemed to be the end of it. But there was one missing link – Jaime Staples. That problem has been fixed.

PartyPoker also announced less than a month ago that it was sponsoring Bill Perkins’ Thirst Lounge, a series of online poker livestreams from Perkins’ yacht that generally sails around the Caribbean. This sponsorship indicated that PartyPoker not only had an interest in more Twitch content but in partnering with Perkins, who is incidentally close friends with new Team Online members Jeff Gross and the Staples brothers. At one time, PokerStars had a friendly relationship with Perkins and the Thirst Lounge, but it seems that the latest allegiance between Perkins and PartyPoker is a better long-term fit.

Let’s get to the latest announcements.

Matt and Jaime Staples may be brothers and linked forever in many poker players’ minds by the weight loss bet they won against Perkins, but they are unique individuals. Each brings a unique style and personality to his poker streams.

The very first player that PartyPoker signed to its newly-formed Team Online was Matt Staples. He may not be as well known as Jaime, but no one disputed his ability to serve the team well.

Speculation arose that Jaime was left off the signing frenzy because of his recent breakup with PokerStars. At the beginning of February, Jaime ended his relationship of four years with the site but said nothing bad about the site or anyone with whom he worked. He said he had a business decision to make, and he was going to take the opportunity that would make poker as accessible to the masses as possible.

Evidently, that move was to represent PartyPoker.

I am soo excited for the future! I’ll be working along side @JeffGrossPoker to grow the new roster of @partypoker Team Online into the best ambassadors we can be for the game. Thanks @partypoker for giving us this shot 😀👌May 4th is my start. https://t.co/MpkksmZ1zs

Jaime will officially join Team Online on May 4. Why the delay? It most likely pertains to the end of his PokerStars contract, as May 4 would likely mark 90 days from the time of that breakup.

PartyPoker notes that Jaime will bring more than 120,000 Twitch followers, more than 45,100 on Instagram, nearly 32,000 on Twitter, and approximately 87,000 across his YouTube channels. Amidst the social aspects of his game, he has also accumulated close to $950K in online tournament winnings that add to more than $135K in live poker tournament earnings.

Anyone who plays online poker knows that PartyPoker is available around the clock. But PartyPoker recently announced that it is taking that a step further with content on its new Twitch channel that will offer poker-focused action and entertainment every day and night, seven days per week.

Love #poker streams? Then check out the new partypoker247 Twitch channel that has poker action 24-hours a day, seven days a week! from our biggest events. Click the link for all of the juicy details: https://t.co/J72UZBgYC1 18+. Play responsibly. begambleaware pic.twitter.com/5wgiQBmk0K

PartyPoker247 is the name of the new Twitch channel that launched on March 1. It claims to be featuring promotions, awarding prizes, and featuring play from some of the members of Team PartyPoker and Team Online.

There will be a schedule for some of the featured content, such as the final day of WPT Barcelona live on Sunday, March 17. And live streaming will come from the MILLIONS South America every day from March 18-24. And Team Pros like Ludovic Geilich (March 26), Fedor Holz (March 27), and Dzmitry Urbanovich (March 29) will be featured streamers on those days.

The timing for the launch of the channel also corresponded with the start of the PartyPoker Monster Series, complete with tournaments starting at $2.20 buy-ins and guaranteeing a total of $2.5 million from March 10-17. Members of Team Online and Team Pro will be featured playing events from the series as the team gets comfortable with its new players and schedules.