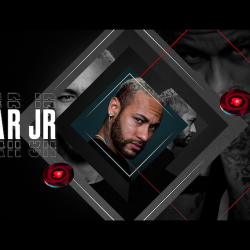 The news regarding members of Team PokerStars in the past several years focused on thinning the team. The online poker site seemed to want to focus more on its online stars, those who stream regularly, and a few who can promote the US market.

At one point in time, PokerStars had an impressive lineup of sports legends on its roster. From its early signing of baseball’s Orel Hershiser and tennis’ Boris Becker, PokerStars took pride in its relationships with recognizable names in sports. The past decade included sponsorships with names like Usain Bolt, Cristiano Ronaldo, Rafael Nadal, and Ronaldo.

And there was Neymar Jr.

That relationship started anew, per an announcement this week. Neymar is IN.

At the EPT Grand Final in Monaco in the spring of 2015, PokerStars revealed that Neymar Jr was the site’s latest brand ambassador. The Brazilian footballer was a wildly popular athlete, far beyond his home country. PokerStars cited his global appeal as a “young and extremely charismatic megastar” with a strong social media presence and a love of poker.

Most people knew Neymar Jr as a football star, one who garnered attention through his seasonal play and his participation in the 2016 Summer Olympics in Brazil when his team took the gold medal.

Long before that signing, Neymar Jr was a fan of poker, having played with friends for fun through the years. His love for the poker and a desire to improve his own play drew him to the PokerStars deal. And the young athlete never shied away from a challenge. “I consider myself a guy that likes to be better than himself,” he said, “both on the field and at the tables.”

The company noted that it is a new chapter of their relationship. Beyond just an advertising-based relationship that puts a PokerStars patch on Neymar’s jacket or uniform, they claim this deal is more comprehensive.

Further, PokerStars noted that this signing is in line with PokerStars refreshing its global brand. That new image and direction includes TV ads that focus on safer gambling. PokerStars Global Director of Brand and Creative Martin Nieri said the partnership will bring “new energy, excitement, and entertainment to our customers.”

The full extent of the relationship will be revealed in 2021. PokerStars said that this announcement was simply the start of their journey together. In fact, PokerStars and Neymar Jr will “be the ultimate pair in poker.”

Neymar never fully abandoned his relationship with PokerStars. Just this year, he participated in an online charity tournament called “Stars Call for Action” in May. The event featured Neymar Jr and many celebrities, all in the name of raising funds for charities during the pandemic.

Of the new deal, the 28-year-old Neymar said:

“When I’m not playing football, I love playing cards. Competing with my friends is a huge passion of mine; I love the sense of community, the fun, and the unpredictable moments that can occur in any game. As a true poker fan, I am excited to start a new chapter with PokerStars. Together, we’ll be creating moments for our community and fans all over the world.”

It looks like Neymar’s foray back to the PokerStars tables – in an official capacity – will happen online, considering the pandemic and all. But PokerStars hints that the two will be back at the live tables sometime in 2021.

In the meantime, his likeness is already being used to promote the upcoming PokerStars Blowout Series.