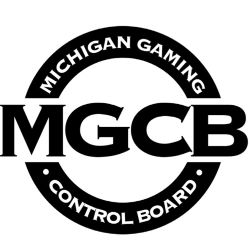 Michigan is moving along at a solid clip toward launching online poker and casino sites. And compared to states like Pennsylvania that took more than two years from the signing of the bill to the launch of its first poker site, Michigan is wasting no time.

This may be a partial result of the coronavirus pandemic in 2020. Michigan only legalized internet gaming in December 2019, but when the pandemic forced land-based casinos and gambling establishments to shut their doors across America in March 2020, it created an urgency to launch gambling sites online. New Jersey, Pennsylvania, and even Delaware showed that they could deliver revenue via internet gaming sites despite the casino closures.

Michigan wanted that revenue, too. Considering the unpredictability of Covid-19 over the course of the next months and years, internet gaming was a must for some type of revenue insurance.

When the pandemic barged across America, it hit some states harder and more harshly than others. It hit Michigan hard. Michigan lawmakers went to Governor Gretchen Whitmer to ask for her approval of emergency online gambling rules, but she said no. However, her office noted that she did support and would accommodate a swift process through regular order.

By the end of April, however, the Michigan Gaming Control Board (MGCB) had completed a draft of the rules and sent them to stakeholders for comments. The regulator also urged applicants for online gambling licenses to submit applications expeditiously in May, while also completing its revised rules.

More input on that draft prompted the MGCB to submit yet another revision of online gambling rules in July. The regulator also noted that it was processing 11 online gaming operator licensing applications, along with 15 applications from suppliers and eight from vendors.

A lot of interested parties kept their eyes on a September 23 public hearing, one that could push the process forward substantially. MGCB Executive Director Richard Kalm then expressed cautious optimism for a final economic impact statement following that hearing and legislative approval in October.

Kalm told MLive that he still hoped for a November launch. He also noted that everyone from tribal leaders to lawmakers had been working together. “So everybody wants to get those (rules) done sooner than later,” he said. “There’s been a real spirit of cooperation to move these things through the process.”

Just days into September, the MGCB revealed that it authorized Gaming Laboratories International (GLI) as the first approved independent test lab (ITL) to test the platforms and internet gaming products for Michigan. And two weeks later, the regulator approved BMM Test Lab as the second ITL.

The virtual public hearing regarding internet gambling rules in late September attracted more than six dozen people but few comments. Online Poker Report wrote that one participant complained only about the lengthy rule-making process for sports betting, and another resident asked which operators might be the first to launch.

With that, the MGCB submitted that copy of the rules to the Joint Committee of Administrative Rules. Those members will draw a final draft to submit to the Office for Administrative Hearings and Rules. If all goes smoothly, the Legislative Service Bureau will certify the rules.

Along the way, legislatures and committees may bypass some of the normally-required waiting periods per the MGCB.

The anticipated launch of the first internet gambling sites is set for late November. However, this is only an estimate. MGCB Deputy Director David Murley also couldn’t be specific about which operators might be preparing to launch. He said it will depend on the wants and needs of the operators and platform providers and the licensing application process.

When Michigan lawmakers legalized internet gambling in December 2019, they did so without the ability for online poker to share liquidity across state lines. That meant that online poker sites could not combine player pools in different states to provide players with larger prize pools and more game choices.

The reason for the purposeful omission was because Whitmer had concerns about progressive slot games online becoming too massive, creating a potentially problematic race to the online slots. However, she didn’t see the different between progressive slot jackpots and poker liquidity.

For my #poker followers, the MI iGaming/iPoker bill does not authorize multi-state compacting. This was something the Governor did not want in the bill, but her concern was about progressive online slot jackpots. Perhaps reg or leg solution can fix this for poker pools.

So, online poker bill champions like Michigan State Representative Brandt Iden and State Senator Curtis Hertel agreed to the concession in December but promised to bring up the topic of ipoker liquidity at a later date.

Hertel introduced SB.0991 on June 25, a bill to amend the Lawful Internet Gaming Act. The bill was rather simple and straightforward, stating:

-1. MGCB should be allowed to enter into agreements with other jurisdictions, including tribal entities, to create multi-jurisdictional internet gaming.

-2. MGCB should authorize multi-jurisdictional online poker with an age verification requirement applied to other jurisdictions.

-3. MGCB should require existing minimum internal controls for poker wagers in other jurisdictions.

The bill headed directly to the Regulatory Reform Committee for consideration in September.

Liquidity on the Way

That September 24 committee hearing threatened some changes to SB.0991.

According to OPR, State Senator Dan Lauwers tried to hook his SB.0661 to the igaming liquidity bill. Lauwers’ proposal involved broadening the definition of pari-mutuel wagering to include historical horse racing. (Sometimes known as instant racing, this is the process of allowing bettors to wager on the information of a past race without knowing the location, date, true horse names, or jockey names.)

After some discussions, though, Hertel convinced Lauwers to withdraw his amendment. Hertel did allow some relatively minor wording changes and additions to the bill. The Regulatory Reform Committee ultimately passed it by a unanimous 9-to-0 vote.

On September 30, SB.0991 went to the Senate floor, which took place the following day. The roll call vote resulted in a resounding approval of the bill, a vote of 389-to-36 to send it to the House.

Hertel told Play Michigan that the House will likely pass the bill during its November lame-duck session. “I think the bill is a common-sense thing all agreed to, and it should move on,” he said. “I don’t think there’s any controversy.”

Interstate online poker “is a common-sense thing all agreed to,” Michigan state Senator @CurtisHertelJr said. And with a passing vote of 389-36, his colleagues seem to agree! https://t.co/rIGC46Q9U0

The bill will likely pass after the November election. And considering Hertel’s positive relationship with Whitmer, especially with regard to the entire igaming legalization process, Whitmer will likely sign the bill without delay.

What This All Means for Michigan Poker Players

The full summary of what’s happening in Michigan is rather simple: The first igaming sites should launch in late November or early December. And online poker operators will – by the end of 2020 – have the ability to partner with their sites in other states to improve liquidity.

–Which sites will be ready to launch this year?

–Will Michigan mimic Pennsylvania, in that online casinos will launch first and poker sites will come in 2021?

–Which land-based casinos will partner with which online poker sites?

Answers will likely emerge in the coming weeks.