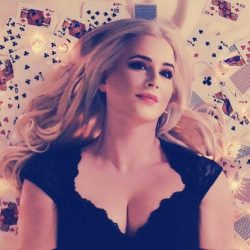 Americas Cardroom made the big moves this year to bolster its team of ambassadors and increase its visibility in the online poker world. The biggest of those moves was the signing of Chris Moneymaker little more than one month after he left a 17-year relationship with PokerStars.

This week’s announcement, though, was a popular one for different reasons. Americas Cardroom signed Canadian poker player Vanessa Kade as its newest ACR Team Pro.

Kade became the second woman on the team after Ebony Kenney signed on in late 2020. She has long played online poker at Americas Cardroom but will now play more often there while also representing ACR at some live poker events.

Winning Poker Network skins were already growing when 2020 began. Americas Cardroom was its flagship poker site and continued to increase its exposure, primarily in the US market. But when the coronavirus pandemic relegated poker players around the world to their homes and severely limited their access to the games, many players joined or increased their frequency of play at ACR.

Prior to 2020, Jeff Boski had been one of the few players representing the site. In January 2020, Michael Loncar joined, all while numerous poker pros called the ACR Stormers regularly held up the brand on Twitch.

But later in 2020, Americas Cardroom made a concerted effort to sign more partnerships with poker pros who would represent its brand on a regular basis. Players like Robert Kuhn and Ryan Depaulo became ACR Team Pros, as did Drew Gonzalez, Jon Pardy, and Ebony Kenney joined in the latter part of the year.

ACR also brought former member of Team PokerStars Pro Randy “nanonoko” Lew into the mix in 2020, not as a pro but as the new Security Consultant and Gameplay Expert.

And on March 18, Americas Cardroom and Vanessa Kade announced their partnership.

After being in discussions about this for the last year, I’m thrilled to be joining the 🐐s on ACR Team Pro!

Happy to be working with a site that continuously strives to become the best version of itself and encourages its pros to do the same.

Vanessa Kade has been a poker player for many years and professionally since 2014, playing some live events but mostly online from her home in British Columbia. She has a background in programming and graphic design. She previously worked as a producer for companies like Disney Interactive Studios and Lucasfilm.

Now, she streams some of her online poker play via her Twitch channel and occasionally posts highlights on YouTube.

Kade said that she had been talking to ACR for the past year. And just this week, ACR and Kade both revealed that they finalized a deal to put Kade on the team of site ambassadors and pros.

She wrote in her Twitter announcement that she is happy to work with a poker site that “continuously strives to become the best version of itself and encourages its pros to do the same.”

Cleaned up and out of PJs for the first time in a couple months – makin me think about live poker and strongly considering heading to @WPT at @shrpo in a few weeks ☀️ 🌴 pic.twitter.com/vCwZ6vTXqr

This signing happened not long after GGPoker put Kade on the front lines of a controversy between the site and many players in the game. Kade was one of many players upset with GGPoker since December when the site made well-known misogynist and egoist Dan Bilzerian one of its ambassadors. She was far from the only poker player to tweet their true feelings about Bilzerian and GGPoker’s deal with him, but Bilzerian chose her to receive his only response to the controversy. That response was also a sexist insult…or would’ve been if he’d known how to spell it.

Months later, GGPoker made an effort to do something for International Women’s Day in early March while still claiming Bilzerian as a site ambassador. The irony was not lost on many people in the poker community, and again, Kade was one of numerous people who spoke out about that.

GGPoker chose to close her residual affiliate account because she couldn’t see past a globally recognized raging misogynist to see how amazing the site actually is, per their representative. GGPoker then issued a half-assed apology to the poker community for controversies while still blaming Kade.

For all of it, Kade received everything from mansplaining to hateful vitriol from members of the poker community. Even so, she never backed down.

Within two weeks, ACR finalized her deal and wrote on Kade’s pro page:

“Vanessa is a strong advocate for women. She’s not afraid to hold players accountable for the sort of misogyny and bullying that undermines the spirit of the game. Although poker is largely dominated by men, with powerful voices like Vanessa’s, the game is changing for the better.”

Can we get a BIG “HELL YES!” For @VanessaKade and @ACR_POKER for their new business relationship? This is fantastic news! The fear of being “untouchable” for speaking up IS OVER! Congratulations Vanessa! #pokerequality #women #poker pic.twitter.com/lR4JNqv8kz