Element Partners Back on Top for World Poker Tour 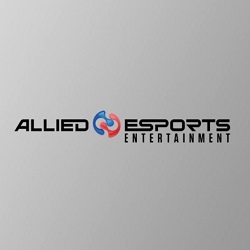 Tell me if you’ve heard this one before. Allied Esports Entertainment approves the latest bid by Element Partners for the World Poker Tour.

This is the latest move in a bidding war that has seen Element Partners and Bally’s Corporation fight for the World Poker Tour. Allied Esports indicated in January that it wanted to offload the WPT and all associated poker assets, and privately-held investment firm Element Partners was going to take it. Nearly two months later, Bally’s stepped in to up the bid, and the back-and-forth proposals began.

Element Partners moved in this week with the sixth update from the bidding war just this month.

Now we wait…for an almost inevitable response from Bally’s.

It has been a battle of the “superior” proposals. Starting with the first bid from Element Partners in January, this is a list of the bids submitted prior to this week.

–March 22: Element Partners increased its bid to $90.5M for the WPT and poker-related assets, payable at closing after a $10M initial deposit.

–March 25: Bally’s Corporation submitted a higher proposal of $105M in cash at closing for all equity interests of Club Services Inc. (CSI).

Allied Esports deemed that last Bally’s proposal the “superior” one, but that was only temporary.

Element Partners Back in the Lead

On March 30, Element Partners announced its latest bid of $105M in the form of a stock purchase agreement to meet Bally’s number.

Allied Esports Entertainment’s board of directors unanimously approved the new agreement. They consulted with financial and legal advisors and determined that despite the equal bids from both companies, Element wins. “After such review, the Board of Directors determined that the Bally’s proposal did not constitute a “superior proposal.”

If Allied Esports’ stockholders approve the agreement, along with pertinent regulatory bodies doing the same, Allied and Element will plan to close the deal before the end of April 2021.

We’ve heard that before.