Brill and Witteles File for Postle to Cover Legal Fees 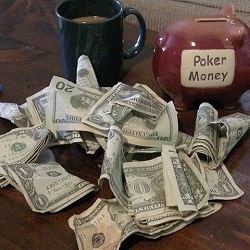 Mike Postle filed his lawsuit with a bang and tried to abandon it with a whisper. But the case is not over for him yet.

It started with Postle’s behavior at the livestreamed poker tables of Stones Gambling Hall. Livestream commentator and fellow player Veronica Brill brought the issue to the poker public when the casino and staff dismissed her concerns. That turned into lawsuit filed by Brill in October 2019, which dozens of other players joined.

Postle overconfidently claimed victory when some members of both parties settled out of court in late 2020 for a reportedly small amount of money. Not even two months later, Postle filed a lawsuit against one of those plaintiffs – Brill – and ten other big names in poker, like ESPN and Daniel Negreanu, Joe Ingram and PokerNews. He also listed Does 1-1000 as other potential defendants. He wanted $360M.

In the months that followed, Postle ghosted his own attorney and found no other attorney to represent him in the matter. He also faced anti-SLAPP motions from Brill and fellow defendant Todd Witteles.

On April 1, he filed a request to dismiss all charges against all defendants.

Now, Postle faces motions from Brill and Witteles that demand he pay their attorney fees and legal costs.

On the most basic level, an anti-SLAPP motion is the right to use the First Amendment – free speech – as a defense against a defamation lawsuit. California. SLAPP stands for “strategic lawsuit against public participation.”

Since California is one of the states with an anti-SLAPP statute – and Postle filed the lawsuit in California – the defendants in the case could choose to file those motions. Brill and Witteles did.

The core of their anti-SLAPP motions was a three-pronged defense:

–Postle’s claims referenced speech protected under the California and US constitutions.

–Statements made about Postle were a matter of public interest.

–Postle is unlikely to win the case.

The court had to postpone hearings on those motions several times because Postle couldn’t find an attorney to represent him.

Postle dismissed his case against everyone on April 1, but the kicker is that this action essentially declares victory for those with anti-SLAPP motions. Not only did Brill and Witteles win, they are now able to petition the court for their legal fees to be reimbursed…by Postle.

B—– Betta Have My Money

Witteles’ attorney Eric Bensamochan was quick to write a letter to the Judge Shama Mesiwala at the Sacramento County Superior Court. He requested that the pending “special motion to strike” – the anti-SLAPP motions remain on the calendar for April 20 as planned before Postle dropped the case. He argued that it will offer a chance for the court to declare his client as the “prevailing party” so he may pursue attorney’s fees.

Bensamochan then filed the new motion, recorded on April 6, to pursue costs from Postle.

“It is well established that a prevailing SLAPP defendant is entitled to recover attorney’s fees irrespective of the reasonableness of Plaintiff’s claim. Here, not only were Plaintiff’s claims against Defendant Witteles frivolous from the outset, but Defendant needed to defend against them in order to protect his right to speak about important issues that surround the poker community and his exercise of free speech under the First Amendment of the United States Constitution.”

The documents he submitted back up those costs.

As of April 7, Marc Randazza, representing Brill, filed his letter to Judge Mesiwala on the same basis. He noted that he intends to file an official motion and documents outlining his fees.

Mike voluntarily dropped the case against me and many others. Now he owes me my legal fees https://t.co/FgiHko57Vp

Randazza should be submitting and the court uploading the aforementioned documents this week in order to be prepared for the April 20 ruling on the anti-SLAPP motions.

This will then pave the way for the May 12 hearing, wherein Judge Mesiwala will consider the motions for attorney’s fees.

It seems unlikely that Postle will even show up to any Zoom hearings at this point. If he could not afford to pursue the case or find an attorney to work with him, he will not likely accept any court judgment or agree to pay any fees. (That is pure speculation on my part, but I would venture to say he doesn’t have $100K at his disposal.)