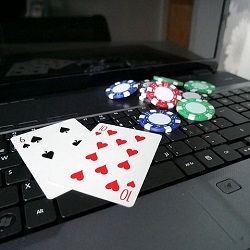 In August, the American Gaming Association (AGA) released its annual State of the States report, an economic analysis of the commercial gaming industry in the United States. The latest report focuses on the year 2017.

“State of the States 2018: The AGA Survey of the Commercial Casino Industry” is a comprehensive report covering numerous aspects of the land-based gambling industry and only mentions online poker and/or gaming in passing, as those industries contributed to the revenue of only three states in 2017. Delaware, Nevada, and New Jersey were the only states recording revenue from legal online gaming, as Pennsylvania has yet to launch its sites and likely won’t do so until 2019.

Since the AGA doesn’t overtly support online poker or internet gaming – and it certainly doesn’t advocate for it – it’s important for online poker supporters to look at the data for signs of encouragement. The United States has moved painfully slowly with regard to legalizing online poker. Most lawmakers on the federal and state level have yet to acknowledge the skill factor in poker, much less the thriving industry it once was and could be again, this time with tax revenue for America.

Using the AGA data, let’s take a look at the states that would benefit most from online poker.

For the purpose of considering online poker likelihood, it’s best to exclude Native American casinos due to the hesitation of most tribal leaders regarding online gaming. California is the prime example of the pushback that the majority of tribes have exhibited when online poker is proposed.

The states with the most land-based casinos that are not based on Native American compacts, and obviously excluding states that already legalized online poker, are as follows:

Of those states, Illinois is the most likely to legalize online poker, and a bill is still in play with a hearing about the bill set for October. Louisiana did consider it for the first time this year,

South Dakota is on this list but gambling is only allowed in Deadwood, and the state has anti-online gambling laws on the books to strictly prohibit the activity. It would be a stretch to believe that South Dakota lawmakers would be ready to consider online poker in the near future.

Other states could be influenced by neighboring states. For example, Maryland could be persuaded to consider online gaming since New Jersey, Delaware, and Pennsylvania have already legalized it, and other states in the vicinity – like New York – are considering legislation. Should Illinois legalize online gaming, it could push lawmakers in Indiana, Missouri, and Iowa to consider doing the same, though there have yet to be any standout lawmakers willing to stand up for the issue and put forth a proposal.

Most cardrooms in America offer table games or player-banked games like poker. This makes them contenders for online poker legislation, though many of them have yet to realize the benefits of connecting their customers to the online games.

There are several states with a significant number of cardrooms, and they are as follows:

California began considering online poker legislation more than a decade ago, but the pushback from Native American casino operators and racetracks held up the process for much of that time. Ultimately, the tribes were willing to consider the option but only if PokerStars was kept out of the market for a specific number of years, and cardrooms that were allied with PokerStars would not concede. Legislation wasn’t even considered in 2018 because of the stalemate that became apparent in 2017, but there is always a chance to reopen negotiations.

Montana is an unusual state with relation to online poker. Despite the widespread popularity of live poker in the state, the law currently prohibits internet gambling with very specific language in its statutes. No lawmakers have pushed back against that with a proposal for legalization.

Washington is another unique situation, as it specifically prohibits online poker but allows the live games to thrive in its many cardrooms. A bill is proposed nearly every year to change the law, but it never garners much support.

As for Florida, if a particular amendment passes during the upcoming mid-term election, Florida voters will then be able to control the gambling laws of the state. While most of the casinos in the state are run by the Seminoles, they may also be convinced of the benefits of online poker as poker is quite popular in their casinos. The situation may be reevaluated in 2019.