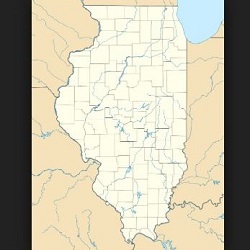 While most other states that had considered online poker in 2018 abandoned those ideas earlier in the year, Illinois remained open to it. One lawmaker continues to champion one bill, and its future may depend on a legislative hearing set for October.

The process of legalizing online gaming – whether poker, casino games, or both – can take years, as proven by Pennsylvania, and Illinois may be on the same path. The state seems like a perfect candidate for the online games, which would boost casino revenues and set the state apart from neighboring states with competitive gambling industries.

Many in the state also want legalized paid-entry fantasy sports. And since the US Supreme Court overturned PASPA in May, allowing states to legalize sports betting should they choose to do so, Illinois has the chance to bundle sports betting, DFS, and online poker into one gambling expansion bill.

But will Illinois do it?

On the last day of July, Illinois State Representative Robert Rita announced two hearings for the purpose of discussion the possibilities for gambling expansion. The first was to be on August 22 in Chicago, and the second was scheduled for October 3 in Springfield.

The agenda listed sports betting as the primary topic for debate, but it is no coincidence that Rita sponsors SB0007, an old bill from early 2017 that remains alive and seeks to legalize sports betting, as well as daily fantasy sports (DFS), online poker, and internet casino games. The bill is cosponsored by three other representatives and four members of the Illinois Senate, and it also seeks to authorize several new casinos around the state. It has been kicked around from one committee to another, and Rita wants to talk about it, especially considering there are potential amendments that will give the state’s casino’s tax breaks and allow racetracks to add video gaming terminals to boost their revenue.

Rita, having been an advocate for gambling expansion for years, said, “The gaming landscape has changed significantly since I took on this issue five years ago, and I want to use these hearings to understand how those changes present new opportunities for us to put together the right package as we look to meet budget needs and provide a spark for our economy.”

The first hearing in Chicago lasted for more than four hours and allowed those on all sides of the gambling issue to be heard. Members of the Joint House and Sales and Other Tax Subcommittees oversaw the hearing that was organized by Rita.

Great to join with colleagues yesterday in downtown Chicago in front of a full house for a lengthy public hearing as we try to bring the economic benefits of gaming expansion to Illinois. https://t.co/HtL6J539YM pic.twitter.com/dWSYETPTF2

While gambling opponents chastised the lawmakers for even considering more gambling for Illinois, most testimony came from those representing gaming and municipality interests.

According to Online Poker Report, there was a great deal of discussion about expanding video gaming terminals to some racetracks, and representatives of Cook County and Chicago discussed the possibilities for publicly-owned casinos in the area.

Illinois Casino Gaming Association Executive Director Tom Swoik was also present and mentioned that the next hearing will focus more on sports betting and online poker. He noted that the lack of a legal framework under which the industry can operate pushes residents of Illinois to the black market. “We can reach new, untapped markets with these new forms of gaming, he said.”

Next Hearing Set for October

The second hearing will take place in Springfield on October 22, with much more of a focus on sports betting, DFS, and online poker and casino games. The purpose will be to talk through some of the details of what the industry should look like and provide, as well as how to structure SB0007 to reflect those needs in a way that satisfies most special interests and lawmakers.

From that point forward, the finishing touches can be put on SB0007 in the hopes that the bill may come up for a vote during the mid-November session, a two-week period during which vetoed legislation and other unresolved issues can be addressed.

Did you miss the first Illinois Gaming hearing yesterday? @Sports_handle brings you a recap of everything you missed. https://t.co/osEIgAA5Vf

Per Sports Handle, the bill’s trajectory depends heavily upon the outcome of the November mid-term elections. If the Democrats win – in the governor’s race and to garner a super majority in the Illinois legislature – SB0007 may expire in January. However, a new bill will emerge shortly after the inauguration and swearing in of the new politicians. Should the Republicans dominate the November election, the current bill has a better chance of consideration during the mid-November veto session because of the lame duck status and simple majority requirement that goes with it.

The October hearing should give a much better indication of the bill’s status and path forward.