California Online Poker Not an Option in 2018 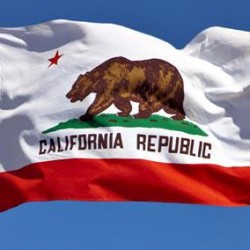 No online poker for California in 2018

That was quick. Not even two full months into 2018 and news emerges that California will not pursue online poker legislation this year.

Even the future in California is unclear and seems dependent upon the upcoming US Supreme Court decision regarding sports betting. According to one legislator who has been involved in the poker fight for more than four years, attaching poker to a sports betting bill may be the only avenue open for online gambling in the Golden State.

It Started Before Black Friday

California was thought to be ripe for online poker since 2010, before poker’s Black Friday was even on the radar of United States players. The state had long been open to various forms of gambling, with nearly 100 card rooms and numerous Native American-run casinos scattered throughout the state, most including poker in some form. Outside of Nevada and New Jersey, California is widely considered a hub for poker players.

Legalized poker didn’t seem like an off-the-wall proposal. State Senator Roderick Wright was the first to push for it in 2010, though he couldn’t seem to garner enough support to move it forward. Other members of the state legislator joined the movement in 2013 and beyond, and poker seemed more realistic. Many land-based card rooms were interested in participating in an industry that tied land-based gambling facilities to poker.

Native American tribes, however, were caught off guard. Out of more than 100 tribes in California, more than 60 of them operated some type of gambling facility, and many tribal leaders were wary of internet poker. Not only was the technology something new to many of the tribes, but they felt at a disadvantage because of the relationships already in place between card rooms and sites like PokerStars.

Over the years that followed, coalitions developed. PokerStars partnered with several tribes and the largest card rooms in the Los Angeles area, while the majority of the tribes formed their own alliance to fight against poker. They were especially opposed to PokerStars’ participation in any market due to their presence in the United States after the passage of the federal UIGEA law in 2006 and the indictments of PokerStars executives on Black Friday in 2011. There were two distinct sides to the online poker battle, and neither was willing to budge.

The Beginning of the End

While lawmakers made some progress in other areas, such as working out a deal with the horse racing industry to keep them away from online poker by paying them nearly $60 million per year for forfeiting those rights. But the PokerStars group and the tribal alliance continued to fight on the mere presence of PokerStars in the proposed market.

Since @PokerStars is taking some new player friendly steps in recent times. Any chance we can get you guys to stop lobbying in California so that we can get online poker passed. Seems likely there would be legal online poker in Cali w/o pokerstars lobbying efforts @RealKidPoker

Lawmakers like Assemblymember Adam Gray held numerous meetings in his attempts to find middle ground between the two coalitions, and nothing worked. All hope derived from the 2016 horse racing deal seemed to die when talks failed in 2016.

Assemblymember Reggie Jones-Sawyer did introduce an bill in February 2017, but it was practically doomed before it was written. He noted that the animosity from 2016 was still fresh, and the lack of willingness on the part of either group to compromise left little room for anything to happen.

Finally, one of the two major tribes associated with PokerStars withdrew from the coalition. A representative of the San Manuel Band of Mission Indians stated that nine years of fighting for poker had drained the tribe’s resources to the point of concern. That left PokerStars with major card room support but only one tribe – the Morongo Band of Mission Indians – and little good will remaining.

By the middle of September 2017, with absolutely no movement of the Jones-Sawyer bill since March, the deadline for Assembly bills passed. The bill died. After ten years of haggling, debating, lobbying, and talking about it for California, there was no online poker.

According to OPR, Jones-Sawyer will not reintroduce his online poker legislation this year. The deadline is this week to introduce a bill, and he has decided to refrain after the disastrous year in 2017 for California poker.

His hope for it, actually, sits with the same hope that states like California hold for sports betting. Should the US Supreme Court decide in favor of New Jersey this spring, states may be allowed to legalize and regulate sports betting. How does this pertain to poker? “It is active because the Supreme Court ruling will make it more viable,” he said. “That’s what is happening now. We will get there, we just may go through a different door than the traditional one. Sports wagering raises all tides.”

As far as the possibility of tying online sports betting and poker together in 2019, Jones-Sawyer said, “I haven’t made a determination if this goes first and I follow behind or if we do a joint bill, but the possibility is being considered.”

With that, California will remain out of the poker debate for the foreseeable future. As Pennsylvania puts its regulatory framework together to launch online gambling this year, and as states like New York and Michigan edge ever closer to passing bills for their residents, the special interests in California prevent them from following along.

It's a sad state of affairs in California. Such a huge #poker state with so much at stake for consumers that is simply being ignored because of politics and infighting. https://t.co/VoxbYm3sXl