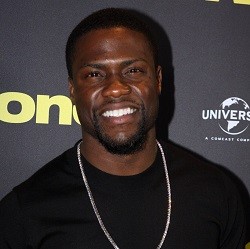 It has been an interesting few weeks for online poker sponsorships. As contracts came up for renewal at the beginning of 2018, several very high-profile PokerStars pros left the team. The first departures came one after the other with Vanessa Selbst, Felipe Ramos, and Jason Mercier announcing their intentions to move on to other things. Then came Bertrand “ElkY” Grospellier, who ended his 11.5-year relationship with the company because of his unhappiness with the last few years of PokerStars changes.

On the other side of the sponsorship coin, PartyPoker and 888poker picked up new pros and continue adding to their teams. PartyPoker recently picked up Isaac Haxton, as well as Philipp Gruissem within the past few days. And 888poker just brought former WSOP Main Event champion Martin Jacobson aboard in January to increase its pro power.

While two sites are picking up new talent, why is PokerStars letting so many of its famous players walk away? It might have something to do with its overall change in strategy.

PokerStars has always been in favor of bringing sports stars and celebrities into the fold whenever possible. There were the days of Orel Hershiser and Boris Becker from the sports world, and there were the fleeting sponsorship deals with celebrities from Jason Alexander to Nelly. In the past few years, PokerStars put a lot of effort into tennis star Rafael Nadal and several soccer legends – Ronaldo, Cristiano Ronaldo, and Neymar Jr. All four seemed to bring some value to the company, expanding its reach to new audiences and perhaps bringing new players to the poker tables.

The latest pair of sponsorships raised eyebrows when the two were signed and seemed to be paired for ad campaigns. Usain Bolt is a well-known Olympic gold medalist, and Kevin Hart is an actor and comedian. Both do take on a range of sponsors, so PokerStars wasn’t a huge reach for them, and they appeared to enjoy the game.

Same poker show: Kevin Hart just went all in vs a better hand and caught a STRAIGHT on the turn!!! Took a lil victory lap too! Makes me wanna step my poker game back up!

PokerStars did have a solid plan to pit the two against each other in the #GameOn challenge, which allowed each to record videos poking fun at the other on social media. Hart used his humor, and Bolt showed his athletic prowess. Their videos seemed to have a wide reach and positive reaction from their respective fans.

The poker challenge videos with Usain and Kevin Hart funny as shit ?

The two stars then came together for some face-to-face challenges, hosted by Daniel Negreanu, leading up to the PokerStars Caribbean Adventure in the Bahamas in early January. While both Hart and Bolt were in attendance at the live series, Hart was the most outspoken and camera-friendly, even getting involved in a spectacularly huge hand that went viral.

It doesn’t take long to watch Hart in action to know that he is multi-talented and willing to do just about anything for a laugh. PokerStars seems to have discovered that this can be useful in more than just standard humorous ad campaigns, as Hart is now appearing in tutorials for beginning-level poker players.

Hart’s connection to poker is rather minimal but not as much so as with many other pros. Hart does play in a home game and has for quite some time. He has been a casual player in the past, of course, but his last months with PokerStars have given him the opportunity to take notes from some of the best in the game as well as garner valuable experience in large-field tournaments.

The tutorials are videos that show Hart in a teaching position at the poker table but also playing other roles to exemplify things to avoid doing at the tables. The result is a funny yet informative way for beginners to learn some of the basics of the game.

Instead of direct rules, however, Hart tackles other essentials to make newcomers feel that they can fit in. Topics like poker etiquette and tells aren’t exactly covered in their totality, but he gives enough of a breakdown to help players while still bringing the humor. As written on the PokerStars School educational site in prefacing the above episode:

“Kevin Hart is going back to the start in an attempt to teach you how to play poker…. the Kevin Hart way. So throw away your push/fold charts, ditch your M calculations and get ready for a lesson in poker like you’ve never seen before.”

This strategy, so to speak, fits with PokerStars’ swing in the direction of attracting new and recreational players. Players like Selbst or Grospellier would not be able to offer the appeal of Hart’s videos. That’s not to say they didn’t appeal to a broad range of players, as they did, but their high-level grasp of the game would have likely made them seem out of place in such a tutorial role.

As numerous poker operators have determined, the focus has to veer away from rewarding the pros and toward attracting the casual players. PokerStars has shown that in its rewards program changes and promotions that focus more on luck than skill. There are numerous ways that PokerStars continues to encourage players to improve their game and move up in stakes, but the bulk of the marketing money seems to go into celebrities with large followings on social media and broad appeal.

Hart likely doesn’t work cheap. But what he brings to the table might be worth more than four traditional poker pros put together. Time (and revenue) will tell.

Definitely great for the poker world to have kevin hart's involved! Hopefully will see more interest in poker from younger players