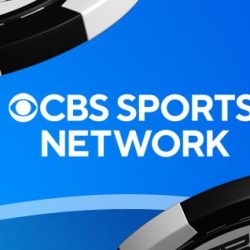 This year was bound to be unique, especially for poker players. Live poker has yet to resume for many players around the world, and in places like the US, poker tables separate players by plexiglass and masks. The 2021 WSOP will be different as well, keeping the online bracelet events on a global level and resuming live events but later in the year than usual.

Everyone will need to roll with the changes.

In that vein, the World Series of Poker announced a new television partner for the 2021 WSOP and onward. Instead of looking for coverage of this year’s action on ESPN, where it has been airing for decades, it will be on CBS Sports.

This week, the World Series of Poker announced its new multi-year agreement with the CBS Sports Network, the new “exclusive domestic home of the WSOP.” Its decades-long relationship with ESPN is over.

WSOP Executive Director Ty Stewart noted CBS Sports’ history of covering a broad range of championship sports. “We couldn’t be more excited to see increased television coverage of the WSOP in the coming years and benefit from their growing media platforms.”

This may indicate that all 51 hours of WSOP 2021 episodes may not be on traditional television, but this remains to be detailed. The press released added that the full schedule will be revealed in the coming months, which will include coverage on other platforms owned by Viacom CBS, such as Paramount +.

For more information on the World Series of Poker visit https://t.co/pk9BcsS0hz pic.twitter.com/840gz1w1U6

The deal may be surprising considering the long relationship between the World Series and ESPN, but there had been signs.

In 2019, just before that year’s start of the WSOP in Las Vegas, Poker Central announced a partnership with CBS Sports for PokerGO…for WSOP events. Fans had to be members of CBS All Access, a subscription site. However, they had access to 41 days of extra World Series action not broadcast on ESPN.

The WSOP had been working with Poker Central and PokerGO for commentators and online coverage of the brand beyond what ESPN had been willing to provide. That year saw episodes of the WSOP divided between CBS All Access and PokerGO platforms, both requiring subscriptions.

About the current deal, CBS Sports Executive VP of Programming Dan Weinberg noted the past success with Poker Central. “We are excited to expand our relationship with the highest-profile and richest event in competitive tournament poker featuring the best players in the world,” he said. “This deal fits perfectly in our strategy to combine best-in-class events with our CBS Sports brand.”

Some of poker’s more mature fans may remember the WSOP Main Event as a part of CBS Sports Spectacular programming in the mid-1970s. Within the decade, though, the WSOP and ESPN had a new and strong bond that started with the Main Event and expanding over the years. By the 1990s, ESPN Classic was broadcasting older WSOP episodes, too.

In 1999, the WSOP parted ways with ESPN for a fling with the Discovery Channel. The new deal saw more in-depth coverage of the Main Event and its players. It was a short-lived relationship, as Discovery moved on quickly to airing a new poker series called the World Poker Tour.

In 2002, ESPN welcomed the WSOP back with open arms, especially with the introduction of the hole cam so that the audience could see players’ hole cards. And the popularity of that kind of poker action, along with new acquisition rights, prompted ESPN to expand coverage throughout the next dozen years. Only in the last few years has ESPN cut the number of episodes.

Many Aspects to Remain the Same

The initial reaction to the WSOP announcement was a series of questions, the most prominent of which pertained to ESPN’s deal with Poker PROductions and commentators Lon McEachern and Norman Chad.

Poker PROductions had been producing the WSOP since 2011, headed up by former poker pro and respected poker community member Mori Eskandani. The company actually started with productions of the WSOP Europe in 2008 but added the Las Vegas events and Main Event several years later.

Chad Holloway of PokerNews confirmed that Eskandani’s team will continue its work with the WSOP.

Will be the same crew in Mori Eskandani and his team.

The voices of the WSOP changed through the years, from Jimmy “The Greek” Snyder in 1973 to Dick Van Patten and Jim Albrecht from 1993-1995 and again in 1998. Actor and comedian (and poker player) Gabe Kaplan joined in 1997. But the team that poker fans have known for years – Lon McEachern and Norman Chad – started together in 2003 and stayed together through 2019. The brief 2020 WSOP coverage of the online/live hybrid amid the pandemic saw Jamie Kerstetter step in for Chad due to his battle with the coronavirus.

Chad has yet to weigh in on social media. The same goes for Kerstetter. McEachern did tweet about it, though, to say that “the announce team is intact” as far as he knew.

Regarding the @WSOP on @CBSSportsGang -As far as I know, the announce team is intact! #ForBetterOrWorse Thanks for your kind comments. I miss all you pokerers. #SoManyFakeLaughsToMakeUpFor

To quote you. Re: Us. "There may be a desire to shake things up, but it must be said that it would be difficult, nay ‘inconceivable’, to imagine the Main Event coverage without them. " #CheckIsInTheMail