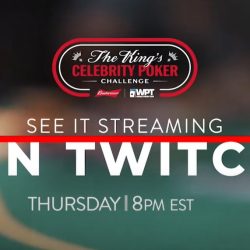 The coronavirus pandemic has highlighted many inequities and troubles in today’s world. And as dire situations often do, it inspired many in the poker world to find ways to do something to help.

First, it was Dan Smith, a poker pro known for his charitable giving. He founded the Double Up Drive and used it in April to pledge $250K to GiveDirectly. Smith, Stephen Chidwick, Daniel Cates, and an anonymous donor also pledged to match up to $500 of every donation made to that cause until their funds were exhausted.

GiveDirectly has been donating $1000 in cash to people and families who need it the most.

Proud to announce another @DoubleUpDrive

We have $250,000 in matching funds going to
@GiveDirectly COVID-19 Fund. The program is simple: giving $1000 cash to those who need it most.
Thanks to this drive, they are going to launch in Las Vegas.https://t.co/6bYsJxbARA

Smith then participated in an online charity tournament on Phil Galfond’s Run It Once Poker site to raise more money for GiveDirectly via a charity livestream and a heads-up tournament.

Next up was Winning Poker Network CEO Phil Nagy and WPN flagship poker site Americas Cardroom. He connected with numerous celebrities – Sarah Silverman, Ben Affleck, Adam Sandler, Matt Damon, Adam Levine, and John Krasinski, to name a few – to play in a poker tournament in which the $10,000 buy-in went directly to Feeding America. And Americas Cardroom started it off by donating $1 million.

That tournament raised well over $1 million for Feeding America, which works with school districts and local governments to help feed approximately 22 million children with food insecurity.

Soon after Americas Cardroom did another fundraiser online, that one called the “All-In for Mount Sinai Virtual Poker Tournament.” Celebrities like Bobby Flay and Bryan Cranston participated and livestreamed their action.

When it was over, the tournament tallied more than $1.28 million for the Mount Sinai COVID-19 Response Fund, established to purchase personal protective equipment (PPE) and meals for healthcare workers on the front line of the pandemic.

PokerStars then took up the banner to raise money for a variety of causes. Actor Hank Azaria and screenwriter Andy Bellin – both poker enthusiasts – contacted PokerStars to raise money. They then created the “Stars CALL for Action” celebrity poker tournament.

Celebrities around the world played on the play-money Stars website for bragging rights, as PokerStars pledged to donate $10K to the “prize pool” to be donated directly to charities. PokerStars took 50% of the pool to donate to CARE International, and the top-finishing poker players in the tournament chose the charities that would benefit from their efforts.

The result of it all was more than $1 million of real money in the figurative pot. Half went to CARE International, and the winner’s $100K portion went to World Central Kitchen.

And just like that, it's all over. 😲
Congrats to David Costabile and @douglascosta, who won $100K and $75K for their chosen charities. 💰👏#StarsRaising pic.twitter.com/jmWrThpjyz

The World Poker Tour wanted to do their part and teased this event for days. And today, the WPT released more detailed information about “The King’s Celebrity Poker Challenge on ClubWPT.”

The event brings celebrities and athletes – and a world-class chef and philanthropist – to the poker tables of ClubWPT, the subscription online poker site. They will play a celebrity poker tournament on television in the name of charity.

OK, I win coolest zoom call in quarantine 🤩
I guess you could say I hosted a poker game in my house and Kelly Slater, Jason Alexander, Jon Hamm, Kevin Pollak, Pau Gasol and José Andrés, all came over?! 🙀🤪
Watch on Thurs @ 5pm PT/8pm ET
📲 https://t.co/LfObsnLNPG pic.twitter.com/cQrZc5K1kb

Budweiser comes in with donations of $15K on behalf of each of the six players, all of which goes to the World Central Kitchen. In addition, Budweiser will donate an additional $35K in the winner’s name, meaning the nonprofit organization will receive $125K.

Andres founded the World Central Kitchen in 2010 to bring his talents to the people of Haiti after they suffered a devastating earthquake. More recently, he worked to feed the people of Puerto Rico after Hurricane Maria in 2017, California after the fires in 2017 and 2018, and now across America where people are hungry during the coronavirus pandemic.

The purpose of the events will be charitable donations, but viewers will enjoy the antics at the online poker tables. WPT anchor Lynn Gilmartin will chat with the players, and WPT commentators Vince Van Patten and Tony Dunst will provide commentary as the action happens.

This Thursday, May 28, on Twitch, the King’s Celebrity Poker Challenge on ClubWPT will debut. The two-hour episode will begin at 8pm ET on Twitch and on Budweiser and World Surf League channels.

Budweiser VP of Marketing Monica Rustgi added that the company wanted to give viewers the thrill of competition to watch from home. “We’ve assembled a cast of characters for a charity game for some light-hearted fun and to make a positive impact by spotlighting the great work of World Central Kitchen.”

This was fun and well worth watching. pic.twitter.com/aBOjVY5wUJ