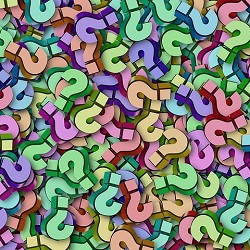 This is the second of several articles (the first can be found here) dedicated to revealing and analyzing the survey results.

Expectations and Mission of PPA

Two of the questions received very clear answers with overwhelming responses in favor. The first question pertained to the PPA’s performance overall:

Question:  PPA’s mission is to help poker players effectively engage with their elected officials on relevant legislation and be a representative voice in government. Do you believe the PPA is doing a good job?

This answer confirmed that despite complaints from some in the poker community that the PPA failed to represent the best interests of poker in the California battle for online poker legislation, the majority of survey respondents believe the PPA is doing its job well.

There was no surprise in this answer, as most poker players also participate in or, at the very least, have no objection to sports betting and DFS. The vast majority of people who believe that online poker should be legal also believe Americans should be able to make their own choices with regards to other types of online betting.

This is where things got interesting. While a serious majority of poker fans and players support people’s right to bet on sports or DFS online, only little more than half of them felt that the PPA should advocate for those issues as well. Even so, that is a majority, so it is something that the organization may want to consider at some point, even though 42% of the survey respondents may be so opposed to such a move that they would cease to support the PPA.

If the PPA lost some of its poker-only members but gained an entirely new base of DFS and sports betting supporters, it would create growth and possibly more momentum for online poker, as DFS has been legalized now in more than a dozen states with more bills on the table. Online poker has much less support among legislators and much less energy behind the movement to legalize and regulate the industry.

It would also change a significant part of the PPA’s message about online poker, in that it is more of a skill game than ones like slot games that rely more heavily on chance. However, it’s important to note that the PPA has already had to tamp down that talking point because of New Jersey. When that state legalized online poker, it did the same for online casino games. And four years later, the revenue results show considerably more revenue and growth from the casino side of the new online industry than the poker side. Other states see the same results and want the revenue that comes from casino games online, and they will accept poker as a part of the package despite its lower potential for growth. The PPA has adjusted its message in the past several years due to that development, and it will need to continue doing so if poker is tied in with DFS and/or sports betting.

Question:  What are your expectations of the PPA? (Choose all that apply.)

Here is where it got even more interesting because of the vast differences of opinion.

First, there are areas of general agreement. Most people expect the PPA to tell the poker community about legislation and represent their voices in the media and at government hearings, and they want the PPA to coordinate lobbying at the state and federal levels of the government.

Second, a majority of players want the PPA to also advocate for live poker. It has been doing some of this with regard to keeping players informed about the fight for live poker clubs in Texas, but 61% of respondents to the survey want more of that type of representation.

Nearly as many players also want the PPA to ensure that online and live poker is fair. This would require the PPA to expand and pursue some type of general rules system for poker, possibly something similar to job currently performed by the Tournament Directors Association (TDA). While the TDA advocates for live poker rules only and does experience some pushback from some in poker for controversial rules, the group has been effective. But there is no such organization doing this work for the online poker world. It would be an enormous task for the PPA to assume, however, and only a slight majority of players favor it.

Third, a noteworthy result came in the form of two options on the list of answers. Should the PPA be funded by the industry or poker players? While 26% indicated that poker players should fund the PPA, 36% showed approval for industry funding. This is particularly surprising because of the complaints from many poker players that PokerStars’ funding of the PPA has skewed the group’s representation in states like California. However, other poker supporters realize that without industry funding, the PPA would likely not be able to remain in existence based solely upon membership fees from the select group of players who pay regularly.

Overall, this selection of answers demonstrated that the poker community wants the PPA to continue in its current role, add responsibilities to expand its role in some respects, and even possibly provide legal support and resources to poker players (32% replied affirmatively to this). All of this, however, requires financial reserves that are simply not provided by membership fees alone.

The PPA has some significant issues to ponder as it moves forward. And some of these survey questions may have resulted in the need to ask more questions to get to the heart of what the poker community really wants from its sole lobbying organization.