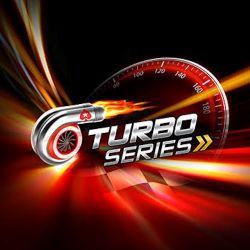 It’s probably safe to say that PokerStars is pretty proud of itself. Little more than a week ago, PokerStars celebrated the 14th anniversary of its Sunday Million tournament with a $12 million-guaranteed prize pool. Not only did a stellar turnout surpass that number, the 93,016 entries created a prize pool of $18,603,200.

So, what does PokerStars do? It announces an online poker series – the sixth edition of the Turbo Series. And it is set to begin on April 5.

The PokerStars Turbo Series VI will begin on Sunday, April 5, and run through Sunday, April 19. It goes without saying that every event in the series will play with a turbo structure.

Speaking of events, there will be 114 altogether, with something for players of any type of bankroll. The lowest tournament buy-in will be $11, and the highest will be $5,200.

Oh, the series will offer $25 million in prize pool guarantees. That’s kind of a big deal.

Players on the dot-com network will be able to compete. No other markets are included at this time.

As mentioned, the series will offer 114 events in total. On the first day of action, these options show the kind of variety that will be offered:

That’s just the beginning. The last day offers even more tournaments, including two Main Events, one with a low buy-in and the other with a high buy-in, both highlighted below.

The full schedule is on the PokerStars blog. And, as always, there are satellites running now.