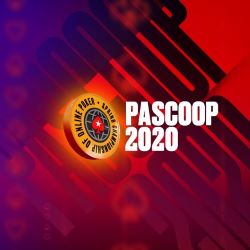 Pennsylvania had a unique start to launching its regulated online poker industry late last year. And it is getting a unique boost in its numbers this month.

PokerStars PA dominated the market with no competition. The site started strong in November and December, garnering revenue that outdid the New Jersey market in its entirety. Revenue started to dip a bit in January and February, though there was no drastic downswing, merely what seemed to be a settling of the market.

Traffic has spiked for PokerStars PA. And there is no better time, then, to announce the first-ever Pennsylvania Spring Championship of Online Poker (PASCOOP) for April 4-20.

Poker in a Pandemic

As the coronavirus spread quickly in the western and eastern portions of the United States in the past several weeks, casinos and card rooms closed. State and local governments issued stay-at-home orders and restricted public gatherings.

Many poker players who were able relocated to a state with online poker as a state-regulated option. Nevada and Delaware each have the WSOP/888 option, and New Jersey offers a handful of poker sites. And Pennsylvania has PokerStars.

This led to a significant spike in traffic for all of the states. PokerStars PA started to see its numbers rise in mid-March.

PennBets recorded the number of players on PokerStars in Pennsylvania at various times leading up to today.

I've been tracking the traffic on @PokerStars in PA the last few days, and you'll not be surprised to learn that social distancing and online poker go hand in hand: https://t.co/PAjhBegW13

The above numbers give insight into the total number of players on the site at any given time, whether in cash games, SNGs, or MTTs.

The results from Sunday, March 29, show the continuing upswing, though there may be some leveling off:

Not just the cash game traffic, but turnouts for tournaments over on @PokerStarsPA also accelerated over the past 2 weeks.

PokerStars PA hosted its first major tournament series late last year; it began less than a month after the site launched. The Pennsylvania Championship of Online Poker (PACOOP) started on November 30 and ran through December 16, 2019. There were 50 poker tournaments on the schedule and $1 million in prize pool guarantees.

In the end, these numbers emerged:

Now, PokerStars PA is prepared to offer the first Pennsylvania Spring Championship of Online Poker (PASCOOP). It is set to run April 4-20 with 50 events and $2 million in guarantees.

The series will open with a variety of No Limit Hold’em options on the first day, each with two buy-in levels. April 4 will offer:

There will be some PLO, 8-Game, and Stud tournaments interspersed throughout the series, as well as deepstacks, hyper-turbos, escalating antes, and other variations.

On April 19, the Main Event will take place in two forms:

Action will then wrap the following evening with a lot of NLHE action and the finale, which will be a NLHE 6-Max Hyper-Turbo with $150 and $15 buy-ins and $20K and $5K guarantees, respectively.

The full schedule is on the PokerStars PA website.

PokerStars PA will be running satellites online for many of the events with more offered for the Main Event.

For that Main Event, in addition to qualifiers throughout April, there will be a massive Main Event Depositor Freeroll held on April 19. All players who deposit $30 or more using the bonus code “PASCOOP” will receive a ticket to the freeroll. The 50 top-finishing players in the freeroll will win seats to the $300 buy-in Main Event.

During the PASCOOP, any player in any tournament who busts from the tournament before the money bubble bursts will win a ticket to a PASCOOP Second Chance All-In Shootout Freeroll. These will run daily with a $1K prize pool each between April 5 and April 20.