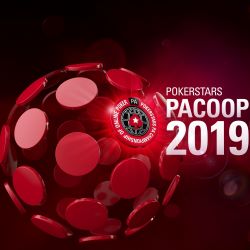 It didn’t take PokerStars long after its launch in Pennsylvania to know that the players would turn out in big numbers. Within days, it was clear that PokerStars PA attracted more players than its sister site in New Jersey.

In the weeks since the official November 6 launch, the numbers have grown, as more Pennsylvania players log on to the sole online poker option under the new state-regulated system.

Within two weeks of the site’s approval by the Pennsylvania Gaming Control Board, PokerStars announced the first online poker series for those players. The Pennsylvania Championship of Online Poker (PACOOP) is an iteration of its larger COOP series that run in various markets around the world.

The series begins this weekend, on November 30, and runs through December 16.

The announcement on November 15 from FOX Bet and PokerStars introduced the PACOOP, a series of 50 online poker tournaments and $1 million in prize pool guarantees.

Buy-ins for the tournaments will range from $30 to $750, but players can compete in satellites online to win seats for as little as $1. Qualifiers will run up until the start of each tournament.

The first events kick off on Saturday, November 30, and they will wrap on Monday, December 16. Each event offers a prize pool guarantee.

FOX Bet President Matt Primeaux said he takes pride in being able to give Pennsylvania its own COOP. “Players in PA have already shown their excitement for PokerStars, so we took things to the next level with a $1 million series guarantee and plenty of ways to get in on the action.

PokerStars Ambassador and Pennsylvania resident Jennifer Shahade expressed her joy at having Pennsylvania online poker available from PokerStars. “I felt chills playing my very first Sunday session, and there was such a buzz at the tables,” she recalled. About PACOOP, she added, “I can’t wait to see everyone battling to be the first PokerStars PA champion.”

If you want suggestions on areas to stay and where to eat/drink/play in Philly, hit me up. https://t.co/aHNA0WUWTK

The schedule will offer players at least two tournaments each day from November 30 to December 16, with as many as six tournaments per day on Sundays.

The events on tap for the first weekend are as follows:

On the final weekend of action in mid-December, the Main Event will be the highlight of the action on Sunday, December 15.

It won’t be the last tournament of the series, but it is likely to draw the most attention and players.

The full schedule is available on the PokerStars PA website.

The Second Chance freerolls are a staple of COOP events and offer players a second chance at winning.

Any player who is knocked out of PACOOP event without making it into the money will receive a ticket to a daily freeroll. Those freerolls will run each day at 6:00pm from December 1 to December 16, though the Sunday freerolls will begin at 3:00pm instead.

There will also be a special freeroll for new depositors. The Main Event Depositor freeroll will take place on December 15 at 2:00pm and offer 25 PACOOP Main Event tickets as prizes, which is worth $7,500 in total.

Players need only make a minimum deposit of $50 using the deposit code “PACOOP” from now through the start of that freeroll to receive a free entry.