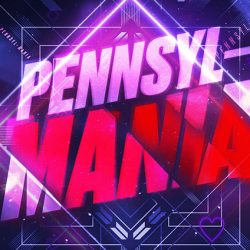 Less than a week ago, PokerStars announced a new Blowout Series for its global audience. It is a way for online poker players to come together to kick 2020 out the door on a good note.

This week, PokerStars US announced a few poker opportunities for its players in Pennsylvania and New Jersey. While the player pools are not linked together across state lines yet, the operator put something in the stockings of each state.

Pennsylvania players may have only one online poker site, but PokerStars is trying to make sure they have great poker events this month.

Starting on Sunday, December 13, PokerStars PA will kick off PA Turbo Week. The series of 56 tournaments will run through December 20 with more than $500K guaranteed. The buy-ins range from $5 to $1K.

There are numerous highlights on the schedule, and quite a few with $10K guarantees or higher. Those are listed here, with the Main Events highlighted:

The entire series consists of mostly No Limit Hold’em but adds PLO, NLO, HORSE, 5-Card PLO, 8-Game, and even Badugi into the mix. Formats include everything from heads-up to Win the Button, and a lot of Progressive Knockouts thrown in for good measure.

There will also be Second Chance Freerolls, wherein every player who doesn’t make the money in a tournament wins a freeroll ticket. Those freerolls will award approximately $1,500 in Turbo Week tickets.

Introducing PA Turbo Week
📆 Dec 13-20
💰 500k GTD
Second chance 🎟️ for all players knocked out prior to the money in any Turbo Week event pic.twitter.com/T0JAVLajsP

The idea just seemed to fit. PokerStars ran its first Pennsyl-MANIA in May of this year. It was a single-tournament affair with a significant prize pool guarantee.

The last Pennsyl-MANIA of 2020 will be the biggest yet. The buy-in will remain at $200 but the guarantee is soaring to $500K. It will be a two-day event for those who make it that far, but everyone will start the tournament on Sunday, December 27. Late registration will be open for more four hours and 35 minutes after the start of the event at 17:00 ET. During that time, players can reenter up to five times.

Satellites are already running from just $5. Players who make a deposit using the “MANIA” code can also win entries to a depositor freeroll with $10K worth of tickets in the prize pool.

The website doesn’t yet mention or list the tournament, but PokerStars does note that there will be a depositor freeroll for that one, too. Players making a deposit can use the “CLASSIC” code to win a freeroll seat, and that freeroll will ultimately award $10K in seats.