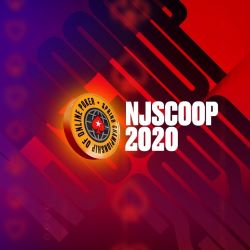 Spring has sprung, and that means it is time for PokerStars to launch its Spring Championship of Online Poker (SCOOP) across its platforms around the world.

For the American market, there are two states with possibilities for SCOOP action. One is the new market of Pennsylvania, in which PokerStars is the only online poker provider. That PASCOOP series is on the calendar for April 4-20 with 50 tournaments and $2 million in guarantees.

The New Jersey version of the series will be slightly different, keeping in mind that its market is smaller and does have competition with several other poker sites available to players in that state. But PokerStars is offering more action for the 2020 NJSCOOP than it did last year.

PokerStars set the dates for the New Jersey Spring Championship of Online Poker (NJSCOOP) as April 11-27, 2020. And the series of 48 tournaments will guarantee $1.2 million in those prize pools. Each will offer a high and low buy-in.

Last year, the NJSCOOP offered 41 events and $1 million in guarantees, and it ran in May.

The earlier series this year – not to mention increased number of tournaments and guaranteed prize pools – is due to timing. New Jersey, like many states in America and other parts of the world, is under a stay-at-home order that will last through April, at the very least. With casinos shuttered indefinitely and poker players relegated to their homes amidst the coronavirus pandemic, an online poker tournament series is a good option for players.

And as a reminder, players need not live in New Jersey to play NJSCOOP; they need only be located there while playing it.

When the series kicks off on Saturday, April 11, players will find two events but four tournaments.

The following day, the first Sunday of the series, there will be five events (10 tournaments) with buy-ins ranging from $10 to $300 and guarantees of up to $45K. There will be a Progressive KO, Pot Limit Omaha, a Deepstack, and a regular NLHE.

That kind of variety is on display throughout the schedule.

And the series will culminate in the two-day Main Event, with two versions, of course.

The full schedule is up on the PokerStarsNJ website.

There are many ways to get in on the NJSCOOP action. There are satellites running on PokerStarsNJ for many of the tournaments in the series, but there are several big promos involving Main Event seats.

One way to win seats is to play Special Edition Spin & Go’s, which cost $3 to enter. They began running on March 31 and run all the way through April 26. The majority of prizes range from $6 to $12, but there will are many chances to win seats into the both the low and high versions of the Main Event.

Then, there will be the NJSCOOP Main Event Depositor Freeroll on April 26. It will be a freeroll for any player who makes a deposit of at least $30 between now and April 26. The resulting ticket allows registration for the freeroll, which will be awarding 30 seats to the high version of the Main Event.

Finally, for all players who try any NJSCOOP tournaments and bust before the money, there is another chance waiting, courtesy of PokerStars. Players will automatically receive a ticket to enter any NJSCOOP Second Chance All-In Shootout event, which will run daily from April 12-26, each with a $1K prize pool.