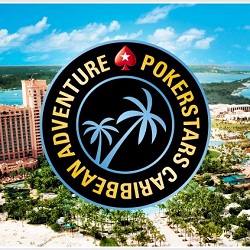 The PokerStars Caribbean Adventure has been a part of poker since 2004.

It was one of the first major poker entities to combine the new love for online poker with the more traditional live poker tournaments into an excursion in one of the world’s most beautiful locations.

The PCA thrived during the poker boom, suffered after Black Friday, and surged into the spotlight again in 2019 with the first-ever PokerStars Players No Limit Championship (PSPC).

For those lucky enough to have attended the PCA in the Bahamas at least once, they will have those fond memories. All poker fans who followed along each January to see who won the PCA Main Event, the high roller tournaments, and special events like the PSPC, they will mourn the loss of a poker tradition.

Fans will move on to following poker at other venues. Players will continue to follow the tournaments, wherever they may lead.

Poker will go on.

The news first emerged in an article on PocketFives. The interview piece was focused on the upcoming PSPC that will take place in Barcelona next year. Eric Hollreiser was the interviewee.

Hollreiser noted that the PCA had been losing momentum through the years, as well as increased player criticisms of the location. “As such,” said Hollreiser, “we will not be returning to Paradise Island in 2020.”

As long as the PCA has been held at the Atlantis Resort & Casino on Paradise Island in the Bahamas, players have complained about the exorbitant prices of food and drink. At the height of the tournament series’ popularity, players began to find local grocery stores for food so as to save money during the trips.

But it seems player complaints have escalated. Combined with the shrinking number of players over time, the PCA became unsustainable.

“Our research,” added Hollreiser, “alongside player feedback, has shown that it is time for a change to keep things fresh and give our players what they are asking for.”

After 15 (mostly) successful years, the PokerStars Caribbean Adventure (AKA: PCA) has been discontinued. There will be no 2020 festival and no plans for its return. pic.twitter.com/iKbaBBlDQA

PCA By the Numbers

When the PokerStars Caribbean Adventure was first conceived, the PCA was part of a cruise on the Royal Caribbean cruise ship. From 2005 forward, however, the Atlantis Resort on the island of Nassau was the land-based home of the PCA.

The easiest way to look at PCA participation is to list the Main Event numbers through the years:

The PCA became more popular until Black Friday took the majority of the US players out of the market in April 2011. That showed in the 2012 PCA decrease, when fewer people could qualify online. While there was a slight boost to the Main Event numbers in 2014, the tournament lost ground for the most part, only mounting a comeback of sorts last year. That could easily be attributed to the presence of the PSPC.

However, since the PSPC will be held at the EPT Barcelona next year instead of the PCA in the Bahamas, The Stars Group made the decision to close the book on the PCA altogether.

Of course, Hollreiser wouldn’t say it if it wasn’t true. But Brad Willis’ post on the PokerStars blog/news page made it real.

He talked about covering 15 PCA series, spending weeks every January in the Bahamas, mostly working long hours and documenting the happenings of the series and the players in them.

Sat down to write a quick news piece. Didn’t quite turn out that way.

Never does I guess.

The announcement about the PCA came barely weeks after Hurricane Dorian devastated many people on several islands of the Bahamas. Nassau seemed to escape the brunt of the damaging storm.

The statement did note that other islands experienced devastation. “Atlantis is working with the Bahamas Red Cross and our partner Chef Jose Andres and his World Central Kitchen to deliver much needed relief” to people affected by the damage on the other islands.

As the storm skipped Atlantis, PokerStars was deciding to do the same.

The PCA had an incredible 15-year-run at Atlantis on Paradise Island. The memories will live on.