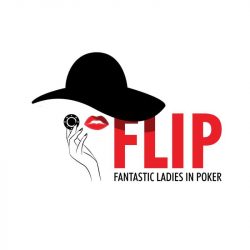 Some poker entities did plan ahead for International Women’s Day, which will be Monday, March 8.

As always, some put more thought into it than others. Women don’t have much say in the matter, though, as men remain the dominating force in poker. From poker company executives to site ambassadors, men make decisions regarding everything from advertising targets to promotions. The primary focus has always been and remains the male customer base.

To celebrate International Women’s Day is to focus on the obstacles that women face in every aspect of life throughout history and to celebrate accomplishments of women who’ve broken glass ceilings. Poker companies must deem it important. We’ll highlight the ones that did.

Meanwhile, let’s not forget that the poker industry, like so many others, has a long road to travel to even address gender equality much less treat women with the respect and credit they deserve. Baby steps in the poker world have amplified women’s voices, but these “projects” and “promotions” are still widely regarded as side notes.

When poker is ready to have real discussions about real change – substantive, important, and long overdue change – there are many women who are standing by to engage. They’ve been speaking about sexism and misogyny at the poker tables for decades.

The Fantastic Ladies in Poker (FLIP) is a group that focuses on celebrating women in poker and providing a space for them to discuss poker, plan, and ask questions. The goal is to encourage and support each other. Longtime poker pro Daiva Byrne started the group and continues to build the group, as the Facebook group already exceeds 3.6K members.

Byrne also recently signed a deal for FLIP to partner with GGPoker to promote more inclusivity in poker.

In addition to the work Byrne does daily for women in poker, she has been celebrating International Women’s Day with daily Twitter posts celebrating inspirational women in history.

Over the next 7 days I’ll be celebrating inspirational women in history. I hope that you can join me in doing so. #IWD2021

The Women’s Poker Association (WPA) has long advocated for women in poker. As the group developed over the years, it expanded to include committees on education, events, business development, and membership.

Most recently, the WPA launched a #RAISEITUP campaign to inspire formal conversations within the poker industry to elevate the game of poker. Primarily, the goal is to ask players to promote this and poker rooms to promise to adhere to a commitment of zero tolerance of abuse and harassment. The WPA will provide certification to poker rooms who meet the qualifications, such as raising awareness and enforcing that zero-tolerance policy, displaying signage to that effect, and offering cultural awareness and sensitivity training.

Poker Powher is a group that works with the WPA and aims to highlight women’s successes in poker and beyond. Further, though, the group teaches women how to play poker, a game of skills that often translate into life and the world of business. For example, the poker lessons highlight learning the beauty of risk, thinking like a champion, taking control, and using emotional discipline to outwit opponents.

We are Poker Powher. And we’re here to Flip The Table. https://t.co/sB8Gky60B8 pic.twitter.com/n9Bwcp6DIr

The Orbit Talks with Women in Poker

Robbie Strazynski, founder of the Cardplayer Lifestyle poker blog, has written numerous posts and conducted interviews to highlight women in poker and the struggles they face. This year, he is using his new Twitch Poker webcast called The Orbit to go a step further – two steps, actually.

To go that extra step and create an open conversation about women in poker, there will be a live post-show discussion (called The Orbit Extra) on the Facebook page, featuring Strazynski, Natalie Bromley and Kara Scott.

For many years, PokerStars has provided a women-only tournament on Sunday called, appropriately, the PokerStars Women’s Sunday. The $55 has been a regular part of the lineup since the days when the online poker site dedicated a great deal of time and attention on bringing more women to its table. “PokerStars Women” shared articles highlighting its female players and hosted various online and live initiatives.

The Sunday tournament survived and seems to have a loyal following. For Women’s History Month, PokerStars is reducing the buy-in for the tournament from $55 to just $22.

In addition, the top three finishers in this weekend’s and next weekend’s Women’s Sundays will receive tickets to the Sunday Million 15th anniversary tournament on March 22. The tickets will be worth $215 each and allow entry into the tournament that will guarantee a prize pool of at least $12.5M.

PokerStars says that it will be doing more next week in recognition of International Women’s Day, “including opening the doors for female players to speak directly to us about all things poker and how we can improve their experience.”

This week, GGPoker announced that it will host a special tournament on March 8. The International Women’s Day Charity Event will start at 20:00 UTC with a $10K prize pool guarantee for a $10 buy-in. A dollar from each buy-in will go to the charity fund, and GGPoker will add another $10K to whatever money is raised.

A number of GGPoker ambassadors will play the event, most notably Bertrand “ElkY” Grospellier, and FLIP founder Daiva Byrne. They will all play with T$100 bounties on their heads – tournament dollars, not cash.

Byrne noted, “Charity tournaments are a wonderful way of raising money; we get the opportunity to play the game we love while supporting something worthwhile.”

Save the date! To celebrate #IWD & all inspiring women in #Poker there will be a fantastic $10,000 GTD charity event on the 8th March @GGPoker! Hope to see you at the tables.👯‍♀️💙 pic.twitter.com/xA882nTdV9

Byrne is probably to be credited for the International Women’s Day tournament idea, as she is working very hard to bring more women to the online poker tables via the FLIP-GGPoker deal. So, with due respect to Byrne and her efforts, I say to GGPoker:

I got the message about who runs your company and what they think of women when you brought Dan Bilzerian on as a GGPoker ambassador. And when he then insulted – or tried to insult – a female poker pro, you had nothing to say.

Daiva Byrne is giving you a generous opportunity to reach out to female poker players via her FLIP organization, but one month after the announcement of the deal, you have yet to include a graphic about that partnership on your home page. You have room for a couple dozen promotions but not for a blurb about FLIP.

I also noticed that ElkY is the only one of the main GGPoker pros who was solid enough to play in the International Women’s Day tournament. Kudos to the Squad members who stepped up with ElkY.

Lastly, what is a women’s charity? That couldn’t sound much more condescending. Does that refer to organizations that research cures for cancers for lady parts? Are there charities that only women care about?

I suggest you bring Byrne in on a lot more decisions and give your partnership with FLIP the respect it deserves. We’re watching. Happy International Women’s Day!