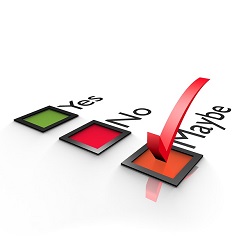 Online gaming legislation in Pennsylvania has been officially put on hold until the fall months. The state’s lawmakers are now on a summer break for the rest of the month and will return to work in September to restart discussions about the gambling expansion bill, which includes online poker and casino games.

Hopes were high that the bill would find a place in the budget talks, as both the House and Senate passed versions of the gambling expansion bill and expressed optimism that it would pass in some form and help plug the $2 billion deficit hole in the current and still-unpassed budget. In the end, however, online gambling, lottery sales, daily fantasy sports (DFS), and all other components of the gambling expansion bill are now on hold until the fall months.

In early July, Pennsylvania online gambling seemed on the right track. The House and Senate passed the gambling expansion bill, which then became part of the budget talks with Governor Tom Wolf prepared to endorse the gambling legislation.

The previous issue with the video gaming terminals (VGTs) being added to that bill was all but settled, as Senate President Pro Tempore Joe Scarnati told the press that those VGTs were off the table. While House members had previously insisted on including it in the expansion bill, the Senate made clear that it was not possible in that part of the legislature.

Meanwhile, the budget was in dire need of passage, prompting many lawmakers to remain in session to work out the details of a $2 billion budget deficit. There was much debate and discussion about borrowing money to cover that shortfall, using funds from a previous lawsuit settlement with tobacco companies, and raising taxes. Beyond those issues, however, gambling expansion provided a way to cover $200 million of that deficit by passing that bill and enabling online gambling operators to apply for licenses and begin building the industry. The licensing fees and subsequent revenue was a positive fix and seemed likely to pass.

As July ended and August began, no significant progress had been made, as the holdouts on the Republican side of the House indicated little desire to compromise. As it stands, one week into August, the budget remains in disarray.

Thus, the gambling expansion bill, complete with online poker and casino game legalization and regulation language, also remains unfinished. The differences between the House and Senate versions of the bill still stand, complete with unsettled variances between the two proposed tax rates and licensing fees for online gaming. And according to Senate Minority Leader Jay Costa, there will be no further movement on the bill until the fall months.

Gaming conversations will continue in the Fall. Stay tuned.

When we reached out to Costa’s office for more information, his spokesperson responded, “Our gaming conversations continue and were not passed as part of the budget revenue package that the Senate sent to the House for consideration. We anticipate discussions around the issue to continue in the fall.”

Poker Players Alliance Executive Director John Pappas told Legal US Poker Sites that he expects more information from his sources in the legislature in the coming week, but he also believes progress could be made as soon as late August. “While there has been little to give us hope that a deal is imminent, most political observers agree that a budget funding package will get done this summer and that it will include iGaming,” Pappas said. “It is the least controversial way to raise revenues without raising taxes, yet other highly-charged issues are sucking out the political good will to get a deal done.”

Chances for Online Poker Up in the Air

There are reasons to be hopeful that online gambling – as a part of the overall gambling expansion bill – will pass in 2017. The new budget does allocate $200 million from the gambling plans to garner much-needed revenue to help with the overwhelming deficit. Encouraging words from legislators and the PPA also make it clear that online gambling has a good chance of happening later in the year.

Reasons to worry are plentiful as well. Realistically, as long as the VGTs remain an issue and members of the House refuse to agree to a gambling expansion bill without VGTs included, the bill could get stuck in that quagmire and remain there. The same bill got stuck in 2016 amidst budget talks as well, though there was more progress made on bridging the gap between the House and Senate requirements for said legislation this year than last.

There is likely to be little to no news on the topic for the next few weeks as legislators try to enjoy the summer recess. When they return, the PPA and other pro-online poker and gambling groups will be there to push for regulation. What happens is anyone’s guess, so stay tuned.