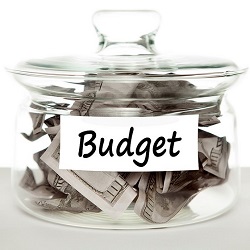 Online gambling may get lost in budget talks

The waiting game for legalized Pennsylvania online poker continued through last week and shows few signs of ending in the coming weeks. By most accounts, players may have to wait until the fall months for the pertinent bill to pass through the State House and Senate and acquire the governor’s signature.

At this point in the process, both sides of the legislature have agreed to the basics of a gambling expansion bill that includes online lottery sales, online gambling including poker, and daily fantasy sports. The problem is that some members of the House insist on the inclusion of video gaming terminals (VGTs) in that bill despite the Senate acknowledging that any legislation with VGTs will not pass. The two houses must come together on a tax rate and licensing fee for online gambling, but they may be able to do that when the subject of VGTs is off the table for certain.

Meanwhile, the House and Senate continue to criticize each other’s plans to fix the budget deficit. With gambling expansion in the middle of that discussion and no consensus in sight for any of it, the message to online poker players remains the same: Wait and see.

When the Pennsylvania budget was mostly finalized earlier in July, there was just one problem. That $32 billion budget was not a balanced one and required $2 billion to cover that pesky deficit.

The most obvious but contentiously-debated solution is a tax hike. And while many Republicans were opposed to the plan, those in the Senate finally agreed to a combination of taxes and borrowing, the latter involving a dip into a previous settlement with tobacco companies to the tune of $1.3 billion. Governor Tom Wolf indicated support of the plan, but House Republicans vow to reject that plan when it comes up for debate in the next week.

Meanwhile, the final Senate plan revealed that part of the deficit will be filled with $200 million in revenue from the aforementioned gambling expansion. However, the Associated Press reported that despite its inclusion in the latest budget fix, the expansion “hasn’t been approved and is still the subject of a disagreement with the House.”

That budget fix is set to be fully examined by the House this week, but keeping in mind its narrow passage (26-24) in the Senate and a great deal of trepidation in the House, the details are likely to change before the House can agree to pass it. That means it goes back to the Senate… and on and on.

Online Gambling Caught in the Middle

By all accounts, the legalization of online gambling shouldn’t be this controversial. But the insistence upon trying to add VGTs to the bill has complicated matters for many months. While that seemed to be a non-issue at one point, some legislators cannot drop the subject.

House GOP also appears to be the only stumbling block in PA to passing a gaming bill with online poker/DFS in it https://t.co/HBbzXjHprr

Some analysts conclude the likeliest scenario is that legislators will drop the gambling expansion bill for now in order to find agreement on the most urgent issues to fix the budget deficit. With $200 million in that fix for additional gambling revenue, it ensures that online gambling is very likely to pass at some point this year but may be relegated to the fall session.

The Poker Players Alliance is encouraging all poker fans and players in Pennsylvania to contact their legislators to express support for the gambling expansion bill (HB.271) as it pertains to online gambling. For those who want to do so, the PPA has pre-filled tweets and messages prepared via simple links on its website.