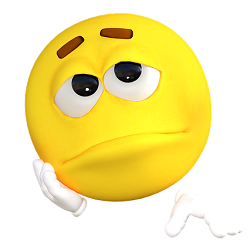 Pennsylvania lawmakers left the state capital this week without making any final decision on gambling expansion for the state. Online poker and casino games were more likely to pass via official legalization this week than in any past years, but the inability for enough legislators to agree on a substantial portion of the bill left it on the table.

The situation for online gambling in Pennsylvania remains in flux. Behind-the-scenes conversations could take place away from Harrisburg during the recess, or legislators could be summoned back to the capitol building at any time to finish the job. They could also put it on the back burner once again and wait until autumn to address the issue at all.

Meanwhile, poker players who hoped for several years that their patience was going to pay off with legal and regulated online poker in Pennsylvania soon are back in the waiting room. They better get comfortable because they could be there a long while.

Multiple #PA sources told me in last hour that pols will likely punt #gaming/#iGaming talks to the fall, w/ "subject to change" caveat.

What the Bleep Happened?

Just days ago, reports from the Pennsylvania legislature sounded quite promising for online gambling advocates. The House and Senate agreed on a spending bill that mostly pleased Governor Tom Wolf. Their next task was to find plans to cover the deficit of several billion dollars.

The gambling expansion bill that passed – in different forms – through both legislative houses was a good start. And according to Senate President Pro Tempore Joe Scarnati on July 6, progress had been made to reach compromises on various issues. And the highly controversial video gaming terminals were removed from the bill and the discussion for the time being, leading to even more optimism.

Everything pointed to an upcoming deadline set by Wolf being met with a revenue solution in the form of the gambling expansion bill, which included online poker and casino games. But in the days reserved for putting the icing on the gambling cake, some lawmakers lost control and hid the spatula.

According to some reports, members of the House decided again to push for the inclusion of the video gaming terminals (VGTs), angering Senators who insist their legislative body will never pass it that way. Meanwhile, House Speaker Mike Turzai sent representatives home and instructed them to enjoy their long weekend as House Majority Leader Dave Reed told reporters, “It’s got to get done – it will get done.” What this means for citizens watching and waiting for results is… they must continue to wait.

As frustrating as it is to wait and see no end to the infighting over details that seem insignificant to outsiders, politics is what it is. Pennsylvania lawmakers are likely frustrated as well.

The positive thing for online poker supporters is that the vast majority of legislators in Pennsylvania support online gambling as additional revenue, partners for their land-based casinos, and the emergence of a new and potential-filled industry. They may differ over the tax rates for online gambling operators, but there is very likely a middle ground, as sources say this issue is not a significantly contentious one.

There is also enough opposition to VGTs that most legislators agree those terminals should be put on hold for the time being. While there are some significant lobbying efforts in play for the VGTs, there is clearly not enough support for them in the Senate to legalize them on any level at this time.

At this point, legislators could return to Harrisburg for further discussions in the coming days, weeks, or months. Stay tuned, as online gambling remains on the brink of legalization, and most experts still bank on success in 2017.

As expected, PA pols delay #gaming/#igaming talks. House, Senate on recess; House not expected back 'til next week, House GOP spox told me.