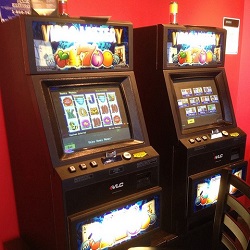 The bad news – and it was inevitable that there is bad news – is that the issue of video gaming terminals (VGTs) is again being forced into the discussion of that gambling expansion bill. The very divisive and controversial topic has kept online gambling from being legalized for the better part of two years, and it is threatening to derail the bill again this year.

There is no way to know yet how the conversation will play out, but a hearing set for September 19 will give those who are following gambling expansion a better idea of the thoughts of various influential lawmakers. The Senate Law & Justice Committee will engage both sides of the VGT debate, as well as discuss the gambling expansion bill as a whole and a liquor control enforcement topic.

Video gaming terminals are similar to slot machines in that offer somewhat randomized chances of winning. They are Class II slot machines, in fact, because they are all connected via a centralized computer that determines the results of the wagers. The amount of money wagered determines the overall prize pool, similar to a lottery. Games and payouts, however, must be determined by the state’s regulator.

Instead of placement in traditional casinos, VGTs are smaller machines placed in various public establishments that don’t have casino licenses. In Pennsylvania, legalized VGTs would be allowed in off-track betting parlors, airports, bars and restaurants, and private clubs – places which possess a license to sell liquor.

Proponents of VGTs say that the revenue from the machines will add up to upwards of $300 million annually for the state and help boost small businesses. Opponents, on the other hand, point to the proliferation of gambling in too many locations around the state and the damage that it could do to land-based casino revenue. Those casinos are firmly against VGTs as well.

The House version of the Pennsylvania gambling expansion bill contained language legalizing VGTs, but the Senate version of the legislation removed it. This has been the major point of contention for the past two years, ultimately sidelining the bill in 2016 and threatening to do so again in 2017.

During the summer months, it seemed as if the VGT issue was off the table due to Senate leaders expressing their utter disapproval of the VGT provision, saying that it will kill the entire gambling expansion legislation. However, in the past few weeks, it seems that the House leaders have been successful in reopening the debate and possibly even swaying Governor Tom Wolf to reconsider possible support of a bill including VGTs.

One of the talking points that seems to have changed minds on the issue is that there is an “epidemic” of illegal VGTs in parts of Pennsylvania. Some say there are thousands “being operated out of locations with no regulation, no oversight, and no money back to local and state governments.” For this reason, State Senator Chuck McIlhinney called the upcoming hearing “to focus significant energy on addressing and ending this scourge of illegal VGTs across the Commonwealth.”

Illegal gambling? Say it ain’t so!

Ironically, this is the same argument that online poker proponents have been using for years in the hopes of legalizing internet poker, as tens of thousands (minimally) of Americans play the game on sites unregulated in America that pay no taxes and contribute nothing to state or federal coffers via revenue.

At this point, the Senate Law & Justice Committee hearing is scheduled for Tuesday, September 19, at 11am local time. There is no information yet regarding potential witnesses, testimony, or even attending legislators.

It is likely that the Poker Players Alliance will attempt to be included. Others who strongly support online poker and gambling will be likely in attendance, such as State Senator Jay Costa, and there is no reason to believe the lineup of speakers will include a variety of viewpoints on VGTs, online gaming, and other aspects of the gambling expansion bill.

Online poker supporters are now (still) on hold until the middle of September when more information allows a better gauge of the environment surrounding the current legislation.