PartyPoker Preps for Player Panel and Hellmuth Seminar in Rio 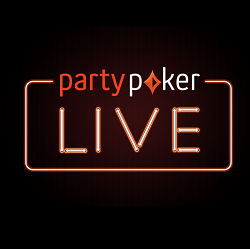 All major online poker operators do a fair share of outreach to players, typically through promotions and special events. But it would be difficult to ignore the outstanding efforts of one site in particular this year. PartyPoker has been reaching out to recreational players and professional grinders alike, as well as making significant strides in building a Twitch audience.

One of the first moves PartyPoker made in 2019 was to expand its VIP rewards program to offer Diamond Club Elite, a level exclusively for high-volume players who had been without a proper rewards program since PokerStars eliminated Supernova Elite program as a part of its system overhaul. PartyPoker also introduced new turbo SNGs called Spins, aimed at recreational players.

Within the past month, PartyPoker has focused on increasing its Twitch presence, not only with its sponsorship of Bill Perkins’ Thirst Lounge but with the launch of its own Twitch channel and the creation of Team Online. There are now 11 members of the newly-formed team of Twitch online poker streamers, headed up by names like Jaime and Matt Staples and Jeff Gross.

Now, as the PartyPoker LIVE team sets up shop in Rio de Janeiro, Brazil, several opportunities for players are in the works, including a player panel and a poker seminar hosted by Phil Hellmuth.

A classic quote from the one and only @phil_hellmuth. He's hosting a seminar next Monday at #MILLIONSSouthAmerica where he will be sharing all his wisdom, including a few pearls like this one we're sure. https://t.co/6sHuMDmgp3 pic.twitter.com/sybhtqpCiM

It was originally announced within the first few weeks of January, and the date is finally approaching. PartyPoker wanted players to know that the PartyPoker LIVE stop in Rio was going to include more than a lineup of tournaments and standard poker activities. And it is now on the schedule for Wednesday, March 20.

PartyPoker Managing Director Tom Waters said, “We have assembled a highly qualified team that contains some of the most respected and experienced poker players in the world. This elite team will help drive PartyPoker forward whilst ensuring that the interests of our players are central to our decisions.”

The player panel has expanded since first announced, and it now includes the following names:

Many of them will be in attendance in Rio and have expressed excitement about interacting with players in person in this type of forum, as the openness of PartyPoker and its willingness to adapt to the needs and wants of its players is one of the reasons many of them joined the site’s roster in the first place.

Simao was excited about the panel when it was first announced. At that time, he noted, “I have enjoyed two amazing years with the company, and joining the panel gives me the opportunity to better understand their plans and the way that they work. (…) It will be my pleasure to improve the poker experience for all PartyPoker players.”

Overall, the panel was established to handle issues as they occur, but the Rio player panel will be a chance to talk with PartyPoker representatives in person. The range of issues that the players are open to dealing with is broad, though the overall goal is to improve communications between PartyPoker and the wider poker community.

At the first player panel forum in Rio, all players are welcome to attend, though it will also be filmed and published so everyone may be aware of the discussions.

The Inaugural @partypoker Player Panel forum takes place in Rio on Wednesday 20th March with @joaosimaobh + @plenopads. It will be filmed + published and we'd like your questions/feedback on anything partypoker/partypokerLIVE related for the Panel. https://t.co/zZH0mgcXhm pic.twitter.com/WhdBap10fN

The day before the $10K buy-in Main Event begins, there will be a special seminar for players who want to take a few hints from the player with the most World Series of Poker bracelets and a very successful career that includes more than $22.8 million in live tournament earnings.

Hellmuth’s seminar will be held at 7pm at the Belmond Copacabana Palace, and it is absolutely free. The hour-long class will include some of his best poker advice and secrets. As he noted, “In my primer class in Brazil, I’m going to show the attendees how to cash in a big tourney like Millions South America. Then we will discuss winning strategies!”

Mr. and Mrs. Hellmuth landed early in Rio to celebrate Carnival, and while one of them will continue celebrating, the other will hit the poker tables and host the poker seminar.

Wife, “The poker world is going to LOVE Rio De Janiero! And the World Class @CopacabanaPalac Hotel.” We heard it’s the best Hotel in Brazil. Great 8 day vaca for wife and I