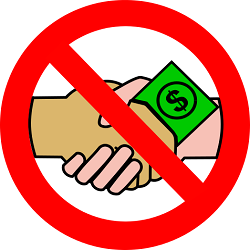 New Jersey has had great success with its online gambling industry. From the legalization of internet poker and other casino games to their regulation, site launches, and growth, it has become a model of intrastate online gambling in American states.

Over nearly four years of operations, New Jersey has tackled fairly new issues like geolocation and state-based regulations by developing procedures that can be a blueprint for other states to follow. The state’s ability to prevent any underage gambling incidences has been encouraging for organizations advocating for regulation. And the number of sites offering poker and casino games has grown, as have the operators’ ability to market and promote within the limited area.

There are some hindrances to further growth, however. The requirement in the original law that all servers must be located in Atlantic City in order for liquidity sharing to occur has become the single most important factor preventing New Jersey from partnering with other states, markets, or countries to grow the player base and prize pools.

Just over one year ago, the New Jersey Division of Gaming Enforcement was ready to expand its online gambling business. Director David Rebuck announced that the DGE had reached an “agreement in principle” with the UK Gaming Commission to share online gaming platforms. He told Global Gaming Business that the nine million people in New Jersey would be able to join with the 63 million or more people in the United Kingdom to increase online poker player pools.

The DGE sent letters to operators that served New Jersey and the UK – 888, GVC, PokerStars, Gamesys, and Betfair – for recommendations on liquidity sharing. If all felt that it was a workable deal, the DGE and UKGC would proceed to talk about details like taxes, regulations, geolocation issues, etc.

Rebuck told GGB, “We’re very serious about this, and we want to move it along as quickly as possible so iGaming in New Jersey will continue the impressive growth we’ve shown over the last 15 months.”

In late July, GGB talked to Rebuck again and revisited the issue for an update on the liquidity possibilities with the UK. His response was simple, “We just couldn’t pull it off.”

Rebuck expanded on it briefly: “We tried. We have three common operators between the UK and New Jersey, but the stipulation that we are required to house our servers in Atlantic City was a hurdle we just couldn’t overcome. Maybe the legislature will address that in the future, but it’s something we can’t change at our level.”

From the tone of the interview, it seems as if liquidity simply isn’t possible until the New Jersey legislature amends the online gambling law to lift – or at least ease – the server location requirement. Since New Jersey needs the UK’s player pool more than vice versa, it will be up to New Jersey to accommodate by coming up with a workaround for the server issue.

Another barrier emerged when Rebuck discussed an interstate compact with Nevada, which has reportedly been under consideration for several years.

“I have reopened dialogue with AG Burnett (chairman of the Nevada Gaming Control Board) to determine if we can get an agreement to share liquidity for online poker,” Rebuck responded. “But since 90 percent of our revenue comes from online casino games other than poker, it really doesn’t matter too much until Nevada allows all casino games online.”

This does leave room for an online poker agreement, since Rebuck and Burnett have restarted discussions about it. However, at this time, it would solely benefit WSOP’s online poker site, which is the only operator running in both states. And considering Rebuck’s apparent lack of enthusiasm for the project altogether, it is unlikely to see any progress on this issue in the near future.

While the server location issue does not pertain to Nevada at this time, it appears it would be a problem for any other states, such as Pennsylvania, if it legalizes online poker. Any operators in Pennsylvania would have to agree to establish Atlantic City servers in order to share liquidity.

At this point in time, the United States market is extremely limited. The only other state showing any possibility of legalizing online poker and casino games in the next six months is Pennsylvania, though other states like New York, Michigan, and Illinois may be in play in 2018.

When other states enter the industry, it will be time for the DGE to work with lawmakers to rework the law so the server requirement doesn’t prohibit any liquidity sharing. The purpose of various states legalizing the internet games is to eventually join together to make play better and more profitable for players.