Online Poker Down, Gaming Up in New Jersey 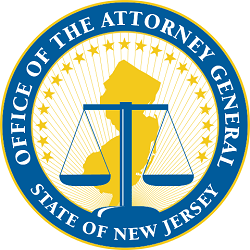 The New Jersey Division of Gaming Enforcement releases monthly statistics for its online gambling industry. The regular insights give interested parties facts and figures to prove the industry’s success and point to areas that could use improvement.

The June 2017 results provide even more information, as the year-to-date numbers show a complete picture of the first half of 2017 with comparisons to the previous year.

The online gaming industry in New Jersey is comprised of internet poker (categorized as peer-to-peer) and casino games (listed as other authorized games), the latter of which includes slots and table options like blackjack.

For the month of June 2017 alone, internet gaming collected $20,233,399 in revenue, a significant increase of 23.4% over the same month in 2016 when the revenue was listed at $16,402,177. That $3.8 million increase is not only important to show the growth of the industry but put the overall casino industry in the win category for the month. The land-based gaming numbers were down for the month, emerging with a decrease of nearly $5,000. But with the internet gaming revenue, the total gaming win showed a 1.8% increase of $3,826,240.

As for the first six months of the year, the same general trend applied.

The online poker numbers were not as encouraging or positive for the overall industry. Casino games make up the bulk of the revenue and site traffic, with players preferring the most familiar and least complicated games as entertainment. Poker may be the nation’s pastime and offers a skill component not found in other online games, but it requires more time and dedication.

The June 2017 figures for online poker were the most concerning numbers with only $1,735,634 collected in rake, down nearly 12% from June of 2016 when $1,969,175 was on the books. That downturn of $233,541 is significant for online poker because it shows that even with more site options and larger player pools than the previous year, fewer people are playing. Meanwhile, however, other online casino games pulled in nearly $18.5 million, putting up a 28.2% win to keep the overall numbers growing.

The first half of the year was less dire for online poker, but the downward trend remains a thorn in the side of poker operators who hoped for growth.

The benefits of including online casino games in the new industry for New Jersey is the ability to count on traditional gambling for fairly consistent and substantial revenue. Players will always love the games of chance, the ones that cost a little to play, provide a mindless distraction from everyday life, and offer the opportunity to win life-changing money.

Online poker is more of a niche game with a particular following. However, sites like PokerStars have shown in the past, especially when it had a massive worldwide dot-com base, that the industry has tremendous growth potential. With the right combination of attention to live poker and online options, an industry boom was not only possible but wildly successful.

Part of the onus for growth lies with the New Jersey Division of Gaming Enforcement, which has not actively pursued shared online poker liquidity with Nevada and Delaware. Other states have been very slow to join the burgeoning industry, too, but when the likes of Pennsylvania and New York legalize online poker in their states, the potential grows exponentially.

Of course, much responsibility sits with the online poker operators in the New Jersey market. Some of the operators have made noteworthy efforts to use a combination of live and online poker to drive new players, but more can be done if marketing experts would think outside of the box of the traditional player demographics. The last decade’s poker boom is unlikely to be duplicated, but a different type of growth may be possible if all options are explored.