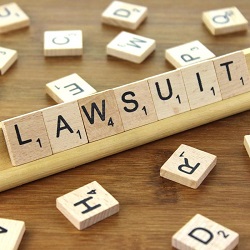 Music makes the world go ‘round. And it sounds great as an intro or outro for something like a podcast. But in order to use that music, there are rules.

Someone at iBus Media probably should have known that using music by popular and modern artists requires authorization. This is not a company that recently entered the scene or is run by entrepreneurs. It was founded in 2002 and has grown into a company that runs more than 200 websites in 30 languages. There are five global offices that employ more than 120 people.

Nevertheless, the company is now being accused of copyright infringement by some of the largest music labels and publishers in the world. And the power of music industry lawyers is something that will become clear to iBus Media in the coming months. iBus may be a dominant force in the gaming world and PokerNews the leading source of news in the poker community, but they may not be ready for a high-powered, high-profile case such as the one filed in the California Central District Court.

Just read on PokerNews that the company that operates PokerNews, iBus Media (PokerStars), is being sued by major record labels and music publishers.

Actually, I don’t think I saw that on PokerNews. I read it somewhere, though.

The complaint was filed on November 16 in the US District Court of the Central District of California. The defendants are iBus Media Limited and Doe Defendants, as the latter are unknown to the companies that filed the lawsuit.

Forms of infringement detailed in the court documents include:

While attached exhibits outline 315 infringement examples, the documents state that further investigation may reveal even more to be added, and the plaintiffs reserved the right to amend the complaint thusly.

The specific counts contained in the complaint are as follows:

A group of record labels and #music publisher have filed a #copyright #infringement #lawsuit against @PokerNews. #IntellectualProperty https://t.co/4ZoBgy67Ao

The Cost of Infringement

On the first two counts, the plaintiffs are requesting profits and damages as the court may determine or maximum statutory damages of $150,000 per copyrighted work infringed, as well as all attorneys’ fees and full costs. On the second counts, the request consists of the imposition of a constructive trust, restitution of all unlawful proceeds collected by the defendants, and damages, as well as punitive and exemplary damages.

In addition, the plaintiffs requested a trial by jury. This seems unlikely in such a case, which is typically settled before a trial is even truly considered.

The plaintiffs claimed to have been very specific in their notification nearly three years ago that the use of the music for copying, adapting, distribution, sale, and public performance without a license is prohibited.

The previous warning is likely the primary reason that the companies banded together to file the lawsuit and requested such significant financial restitution. The continued infringement led the plaintiffs to conclude that the behavior is “willful and deliberate.”

It should be mentioned that PokerStars is the majority owner of iBus Media and has been since 2010. Tony G was the founder of PokerNews and iBus Media, but he eventually sold his equity to PokerStars, now housed under The Stars Group.

PokerStars has been working very diligently since Black Friday in 2011 to remedy its differences with the United States government and reenter the US. It did so several years ago by obtaining an online gaming license in New Jersey and launching operations in that state. The company is currently seeking to expand into Pennsylvania, as well as other states with various forms of internet gaming and sports betting, so any negative press or involvement in a lawsuit such as this likely doesn’t sit well with The Stars Group executives and attorneys.

No statements have yet been released by iBus Media or The Stars Group.